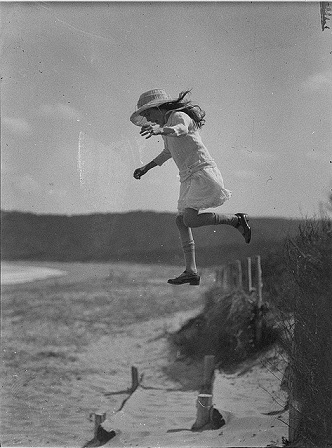 I went off bathing with Angela. We had a good swim – across the creek and back, and then we lay out on the rocks sunbathing…

[Miss Williams’ narrative] I picked up a torn skirt which she had left lying on the floor and took it down with me for her to mend after breakfast.

She had, however, obtained bread and marmalade from the kitchen and gone out…. I went in search of her… Her bathing dress was missing and I accordingly went down to the beach. There was no sign of her…


observations: To Robert Barnard, it was the best Christie of all, and he makes his case very persuasively in his excellent book on AC, A Talent to Deceive. I’ll only commit to a Top 5 of her books, and keep changing my mind for an order amongst them, but Five Little Pigs is definitely in there.

But of one thing I’m in no doubt: the 2003 TV version of the book is the best Christie adaptation by far. It is superbly well-done, with wonderful camerawork, settings, lighting, costumes, make-up, acting - everything is perfect. If it had been released as a feature film it could have won Oscars. Throughout there is an air of aching sadness, a feeling for lost summers, times past, misunderstandings and missed opportunities... and that most Proust-ian music, Satie’s Gnossienes, is playing gently in the background. The characters are all looking back on their past and wondering what became of them. For once Poirot really does look at the psychology (normally he claims to do so, then goes out looking for ordinary clues.) Among the many perceptive subtleties is Christie’s take on a child who is much-loved, but suffers from the fact that her parents are completely wrapped up in each other.

The adaptation makes one significant change in a character and a big change in someone's fate, and tries to tidy up some of the slightly loose ends in the plot. But it is most definitely true to the book, an affecting heart-rending story, where you really feel for the people involved (not always 100% true with Christie…)

All the acting is tremendous, but there are two points of particular interest. Gemma Jones plays the governess, Miss Williams, and you come away thinking she was BORN to play Miss Marple: she would be perfect in the role – not fussy or annoying, but sharp and firm. She really, really ought to be the next one to take this role.

And, Toby Stephens plays a very nuanced version of Philip Blake, looking just like the Duke of Windsor – he should surely play that role some day.

Crime writer Martin Edwards (we keep doing the same books) has seen a current production of a stage play based on the book – see his comments on his blog here.

The picture – by blog favourite Sam Hood, from the State Library of New South Wales – looks like a still from the film: it is very much in the same style, though of course it was contemporary when the photo was taken. She could be Carla, or Angela, or even the young Caroline.

Below, a screengrab from the film, Amyas Crale is painting Elsa Greer. 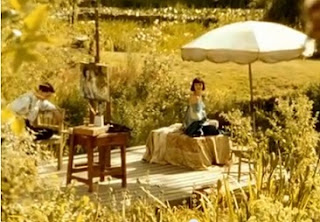