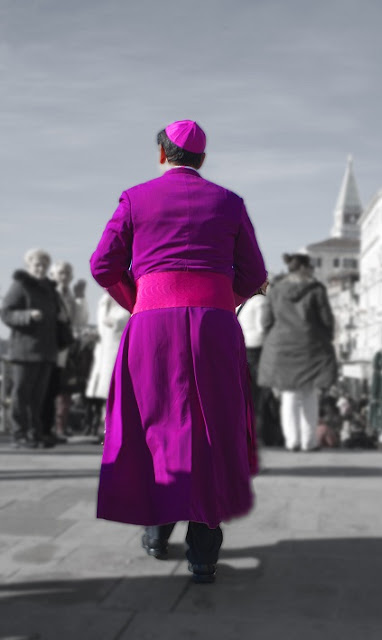 …All kinds of dress, except the ecclesiastical,
All people, as their fancies hit, may choose,
But no one in these parts may quiz the clergy, -
Therefore take heed, ye Freethinkers! I charge ye.


You'd better walk about begirt with briars,
Instead of coat and smallclothes, than put on
A single stitch reflecting upon friars,
Although you swore it only was in fun;
They'd haul you o'er the coals, and stir the fires
Of Phlegethon with every mother's son,
Nor say one mass to cool the caldron's bubble
That boil'd your bones, unless you paid them double. 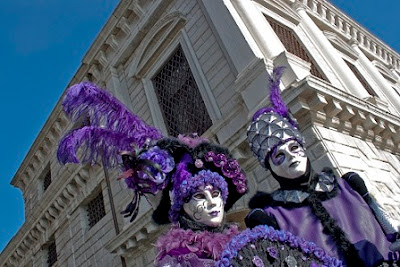 V.
But saving this, you may put on whate'er
You like by way of doublet, cape, or cloak.
Such as in Monmouth-street, or in Rag Fair,
Would rig you out in seriousness or joke;
And even in Italy such places are,
With prettier name in softer accents spoke,
For, bating Covent Garden, I can hit on
No place that's called "Piazza" in Great Britain.

observations: Should be read with yesterday’s entry – keeping the words short to fit in an extra picture.

It’s not clear if the figure in the top photo is a real priest or dressed up as one, but there don’t seem to be the same limits on costumes as there were in Byron’s day. (Phlegethon is a fiery river, or a river of blood that boils souls.) Inigo Jones designed the Covent Garden Piazza in Italianate style – nowadays there are quite a few squares in Great Britain described as piazzas. 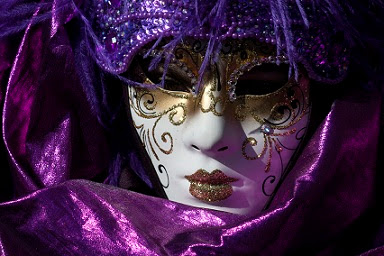 The amazing photographs were taken in Venice for us last week by Perry Photography, and you can see more of her work at the weddingsinitalytuscany website – and also on the blog, last year’s Mardi Gras entry, this picture which might be the most beautiful dress on the blog, and more photos here and here.