400th post: Love in a Cold Climate by Nancy Mitford 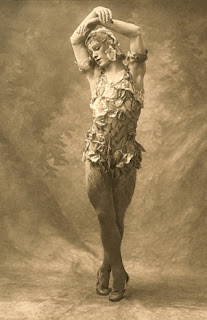 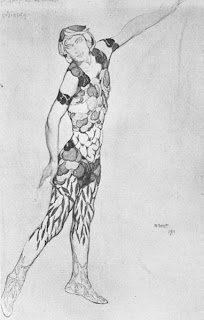 [Fanny is telling Polly what Lady Montdore is up to]

‘They’re in London now, fearfully busy with the Longhi Ball they are giving at Montdore House. Cedric came to see me the other day and could talk of nothing else – he says they won’t be going to Hampton again until it’s over.’

‘What is a Longhi Ball?’

‘You know, Venetian. Real water, with real gondolas floating on it, in the ballroom. “O Sole Mio” on a hundred guitars, all the footmen in masks and capes, no light except from candles in Venetian lanterns until the guests get to the ballroom, where a searchlight will be trained on Cedric and your mother, receiving from a gondola. Fairly different from your ball, Polly?’… 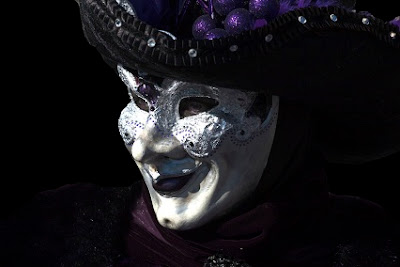 [neither of them makes it to the Ball, but Fanny has heard all about it, and describes it to Polly:]

‘It seems to have been very splendid, Cedric changed his dress five times, he started with tights made of rose petals and a pink wig and ended as Doris Keane in Romance and a black wig, he had real diamonds on his mask. Your mother was a Venetian youth to show off her new legs and they stood in a gondola giving away wonderful prizes to everybody – Norma got a silver snuff-box – and it went on till seven. Oh, how badly people do describe balls.’

observations: In a previous entry on the Ball, after researching what Cedric might have worn when dressed as Doris Keane, I commented that I would love to find a picture of Cedric’s other costume. And voila! A kind reader – who has so far remained anonymous – came up with this:

Thinking a bit more about Cedric's costumes, I would suggest the first outfit is a reference to Nijinsky in Spectre de la Rose. His costume was covered with silk rose-petals that were touched up with a curling iron every night.


Touched up with a curling iron! Isn’t that the best detail ever… I believe it’s the same reader who provided fascinating facts about Doris Keane’s costumes in Romance – see below this entry for both comments - and I'd like to offer him or her my thanks.

Spectre de la Rose was a ballet performed by Diaghilev’s Ballet Russes, with whom Nijinsky had  great success. Quoting those experts at Wikipedia: it is about a woman who ‘dreams that she is dancing with the rose that she had been holding in her hand. Her dream ends when the rose escapes through the window.’ Nijinsky, of course, danced the Rose. It seems all too likely that this is exactly the costume that Cedric wanted. As Mitford is such a blog favourite, and I feel we are doing original and exciting research on this book and Cedric, this seems the ideal entry to form the 400th Clothes in Books post.

Links on the blog: Obviously, previous entries gave rise to this one, but Love in a Cold Climate also featured here and here, and Cedric is quoted on Fragonard in the comments on this book. Venice has featured (with the fabulous photos) in Carnevale entries recently and last year.

The pictures of Nijinsky and his costume are widely available on the Internet, and the Venetian portrait is again the work of Perry Photography – see her website weddingsinitalytuscany.