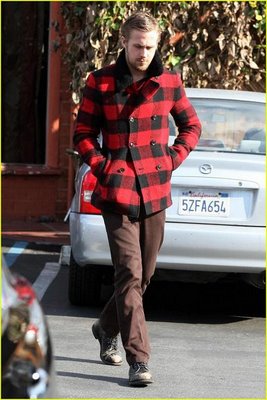 I… asked him to meet me in a “quiet out-of-the-way place”. He had suggested Mortimer’s, which I now realized cast some doubt on the man’s sense of discretion. Mortimer’s, in the heart of the upper East Side fo Manhattan, was clearly an “in” restaurant. I did not recognize the people there by name, but they seemed very much “in”, the kind who used to be seen at the White House during the Reagan administration.

I had worn my tartan plaid jacket, the one I wear only on weekends. It was a bit on the loud side, but I assumed it would allow me to blend in with the chic New York set. Oddly, the maitre’d had looked at it with an unmistakeably condescending air. I resolved to tip him only ten per cent.

I had been seated in a table in the rear… Presently I heard the distinctive stentorian voice.

“Jerbert! My God, what a horror you look!”


observations: His name is actually Herbert (“Auntie Herbert” to his White House colleagues) and he is meeting Billy Angulas-Villaneuva, a rather showy Spanish painter and set designer. It is a source of great regret at Clothes in Books that we couldn’t find a picture to illustrate Billy arriving at the White House “conspicuous in mauve suede trousers and carrying his sulfur-crested cockatoo, Perseus, in its Victorian bamboo cage.”

Today is the inauguration of Barack Obama for another four years as the President of the USA, so it seemed a good moment to revisit this satire on White House memoirs – see earlier entry here. As we said then, this book is laugh-out-loud funny, the kind of book you want to force everyone to read. From the NBC hit show Tumor Ward, to the apology form letter ready to send out after the brutish advanceman has been in town, to the President calling his wife ‘Flotus Blossom’ – this book is hilarious.

Links on the blog: The tartan fashion police were in action here, while this chap wears a more tasteful plaid, and there's a whole entry devoted to tartan here. Click on the US President label below to see some of the blog entries for election-time last November.

The picture is of Hollywood actor Ryan Gosling. This book would make a terrific film, and perhaps he should be in it, though maybe not as Herbert – that would be a Johnny Depp role.