Find out what they are wearing...

Posted by Clothes In Books on December 09, 2012
Dress Down Sunday -
what goes on underneath the clothes 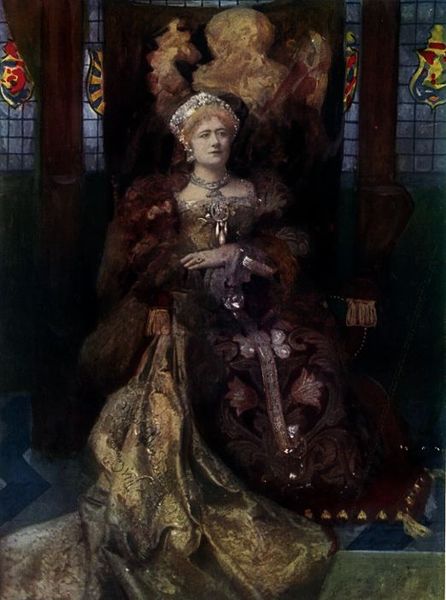 Is a woman bound to wifely obedience, when the result will be to turn her out of the estate of wife? He, Cromwell, admires Katherine: he likes to see her moving about the royal palaces, as wide as she is high, stitched into gowns so bristling with gemstones that they look as if they are designed less for beauty than to withstand blows from a sword. Her auburn hair is faded and streaked with grey, tucked back under her gable hood like the modest wings of a city sparrow. Under her gowns she wears the habit of a Franciscan nun. Try always, Wolsey says, to find out what people wear under their clothes. At an earlier stage in life this would have surprised him; he had thought that under their clothes people wore their skin. There are many precedents, the cardinal says, that can help the king in his current concerns. King Louis XII was allowed to set aside his first wife. Nearer home, his own sister Margaret, who had first married the King of Scotland, divorced her second husband and remarried. And the king's great friend Charles Brandon, who is now married to his youngest sister Mary, had an earlier alliance put aside in circumstances that hardly bear inquiry.

observations: The picture is a bit more covered up than normal on a Sunday, but the words in the extract justify the choice. This is excellent news that Cardinal Wolsey agrees with Clothes in Books about the importance of what goes on underneath the clothes - he'd obviously have liked Dress Down Sunday.


Another visit to this marvellous book, equalled in recent years only by its successor, Bringup the Bodies. Cromwell raises an interesting question here, and one that is rarely answered: How unreasonable was Katherine of Aragon being? The answer seems to be that, by the standards of the time, Henry VIII certainly could have expected her to retire to a convent. As Cromwell points out to her in the second book, she has brought about everything that followed, including the disastrous (to her) fate of the Catholic church in England. She was proud, and Royal, and felt that she had religious reasons to stay his wife. That is not to say that she should have gone, or that Henry had moral right on his side. But succession was the key to politics then, and securing the succession was her duty. And she failed, for whatever reason.

Links up with: as well as the two Mantel books, Philippa Gregory’s The Other Boleyn Girl has featured twice.

The picture looks fine from the neck down, but the head looks like the 20th century Queen Mary (the May of Teck of The Girls of Slender Means, and the mother of the Duke of Windsor). It shows the Victorian actress Ellen Terry playing Queen Katherine in the Shakespeare play Henry VIII, and is from Wikimedia Commons.