Searching for the children with Dennis Lehane 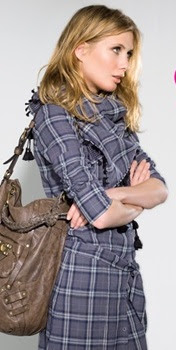 [private investigator Patrick Kenzie is looking for Amanda McReady: he talks to the headmistress of the upmarket school she attended]

‘What about the pressure to fit in? She’s a kid from the wrong side of the tracks. The girls here drive Daddy’s Lex. She doesn’t even get Daddy’s bus pass.’

She nodded. ‘Her freshman year, I seem to remember, some of the girls got a little cruel. They taunted her about her lack of jewelry, her clothes.’

‘They were perfectly acceptable, don’t get me wrong. But they were from Gap or Aéropostale, not Nordstrom or Barneys. Her sunglasses were Polaroids you’d buy at CVS. Her classmates wore Maui Jim and D& G. Amanda’s bag was Old Navy …’

‘The other girls had Gucci.’

She smiled and shook her head. ‘More like Fendi or Marc Jacobs, maybe Juicy Couture. Gucci skews a bit older.’

‘How tragically unhip of me.’

Another smile. ‘That’s the thing – we can joke about it. To us, it’s silly. To fifteen- and sixteen-year-old girls, though?’

observations: Moonlight Mile is the follow-up to the 1998 Gone, Baby, Gone - featured in yesterday’s entry - and the two entries should be read together. If you read anything about the second book, it is kind of a spoiler for the first one. Bail now if you don’t want to know.


The lost child Amanda survived the first book, but now she has gone missing again, at the age of 16. Patrick Kenzie – who took a controversial and unpopular decision at the end of the first book – is back on the case, and yet again will search the Boston area underworld for her, as well as some rather more rarefied environments, such as the school above. Dennis Lehane is a wonderful writer, but he’s not one of those authors whose real-life opinions are unguessable – both of these books contain strong opinions on how children should be raised, and you would be very surprised if they weren’t DL’s views.

We are so tragically unhip that we had never heard of Maui Jim’s sunglasses, and looked for a picture to illustrate this entry. But they are just like any other sunglasses (they cost £100 upwards) so this is a Juicy Couture girl instead.

Links on the blog: The Little Princess was well-dressed for school. These characters wear designer clothes, and these young women are fashion-conscious.