Posted by Clothes In Books on October 21, 2012
Dress Down Sunday -
looking at what goes on under the clothes 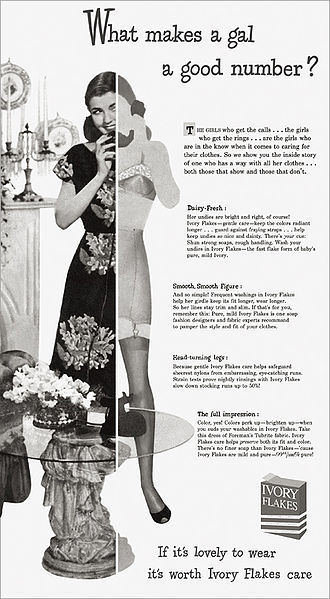 I was worried about what it would be like, coming back to the flat tonight, but it’s fine: the unreliable sense of well-being I’ve had since this morning is still with me. And, anyway, it won’t always be like this, with all her things around. She’ll clear it out soon, and the Marie Celestial air about the place – the half-read Julian Barnes paperback on the bedside table and the knickers in the dirty clothes basket – will vanish. (Women’s knickers were a terrible disappointment to me when I embarked on my co-habiting career. I never really recovered from the shock of discovering that women do what we do: they save their best pairs for the nights when they know they are going to sleep with somebody. When you live with a woman, these faded, shrunken tatty M&S scraps suddenly appear on radiators all over the house; your lascivious schoolboy dreams of adulthood as a time when you are surrounded by exotic lingerie for ever and ever amen… those dreams crumble to dust.)


observations: Nick Hornby has featured on the blog before, here and here, but strangely in his moonlighting job as a reviewer rather than in his more prominent role as one of our great modern novelists. He is dismissed by some critics as a lightweight or ladslit author, but he is held in very high esteem round here: great books with serious intent, but written in a very funny and readable style.

He has written a regular column about his reading for a US magazine, and the collections of these pieces are well worth a look – full of great recommendations for books, but also enabling the keen reader to divine some of his own views on writing as well as on literature.

This was his first novel, following on from the football memoir Fever Pitch, and it is charming and honest and real; very astute about man/woman relations; and very funny. (“We could have done an acoustic set.” “Oh right, Kraftwerk unplugged. That’d be nice.”)

High Fidelity was made into a not-bad-at-all film in 2000, starring John Cusack, and transferred from the mean streets of North London to Chicago, to the sound of sharp intakes of breath from Brit fans.

For non-UK readers: M&S is Marks and Spencer, a chainstore where, indeed, most British women buy their underwear. Later Rob tells us that he has been looking for  the Look of Love from the Dusty Springfield song: 'Forget it. As mythical as the exotic underwear.'

Book suggested by Audrey AND Barbara, so thanks to both.

Links up with: more Dress Down Sunday by clicking on the label below. US/UK usage of the term knickers is discussed in this entry, and the items themselves turn up here and here.