A film star, a murder and espionage

And so to Murder by John Dickson Carr (Carter Dickson) 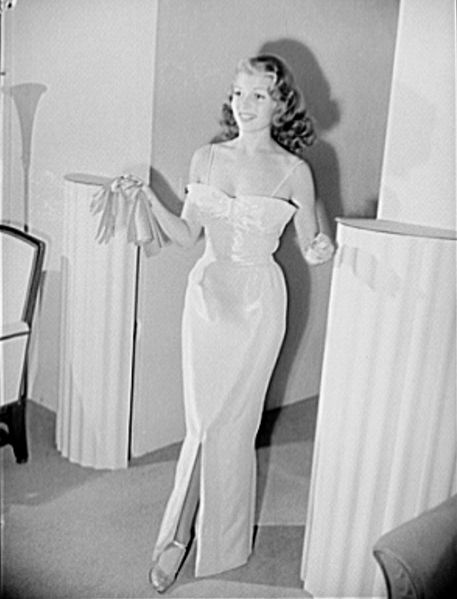 'There she is’ said Cartwright.

They were looking, as though deep under a hood, into the bedroom of a luxury suite aboard an ocean liner. And in the middle of the cabin, wearing a low-cut gold evening gown, out of which her full shoulders rose superbly, stood Frances Fleur.

The aching clarity of the light made every colour and detail more vivid than life. Pink-and-white panelled walls, white upholstery, mahogany round the porthole windows, all glowed and glistened. The toilet articles on the dressing-table appeared to be made of gold; the white door stared; even the lamp and the water-bottle glittered on the table by the bed. Frances Fleur’s make-up, the skin a super flesh-tint like orange gold, contrasted with her long, narrow eyes and rich black hair. The face was broad and rather high of cheekbone, incuriously placid, and the eyebrows looked as though they had been painted on oiled silk.


observations: Originally a Carter Dickson, this has been reprinted under the JDC name, and it simplifies things to file both lists of mysteries under one name. The Carter Dickson books generally feature HM, Sir Henry Merrivale, as the detective, as opposed to the Gideon Fell ones. Even a huge fan (ie me) thinking of various memorable plots in the two oeuvres, couldn’t confidently assign a book to one of the two, nor the various quirky traits, catchphrases and details of appearance. Though, apparently, Fell is based on GK Chesterton and HM is, of all people, Winston Churchill. But what matters is that the books are fun, quick and easy reads, usually with an element of a locked-room mystery (that was the JDC speciality) and almost always with a real surprise or twist. The solutions are extremely unlikely, but still satisfying for the gotcha moments of explanation. This isn’t actually one of the best ones – it is set in the early days of WW2 and has a spy strand – but still, the film studio setting is enjoyable, and the characterisation of Frances Fleur is sketchy but clever. And the entire book is worth reading for the running joke throughout about a Duke of Wellington biopic, and the director’s attempts to make the Battle of Waterloo more appealing – “The Duchess of Richmond… puts on her brother’s uniform and gets up on his horse…” ending up with a splendid rolling in of the mystery of the missing film reels and sensitive government information.

The ‘A Penguin a Week’ blog recently looked at this book – the review is well worth a read.

Links up with: More film people in this entry, and this one, while Peggy wears a gold dress here in a bar in New Orleans.

The picture is of actual movie star Rita Hayworth, and is from the Library of Congress collection.