Because it was Queen Elizabeth's Diamond Jubilee in the UK, we did a weeksworth of books with a first publication date of 1952. As these entries were so popular, we've found a few more to feature.
the book:

The Singing Sands by Josephine Tey 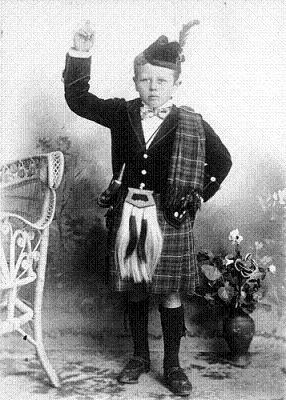 Pat had red hair, and a bleak and intimidating grey eye. He was wearing a tattered green tartan kilt, smoke-blue stockings, and a much-darned grey jersey. His greeting to Grant was off-hand but reassuringly uncouth. Pat spoke from choice what his mother called 'clotted Perthshire', his bosom friend at the village school being the shepherd's son, who hailed from Killin. He could, of course, when he had a mind, speak faultless English, but it was always a bad sign. When Pat was 'not speaking' to you he was always not speaking in the best English.

Over tea, Grant asked him if he had yet made up his mind what he was going to be; Pat's invariable answer to the question from the age of four having been: 'A'm taking it into avizandum.' A phrase borrowed from his JP father.

'You have? That's fine. What are you going to be?'

'I hope I never have to arrest you.'

observations: As a murder story, this book, unlike Pat, isn’t much good. It describes in detail Alan Grant’s rest-cure in Scotland, lots of details and opinions (boy is Josephine Tey opinionated - see also the comments on Miss Pym Disposes). There is a dead body at the beginning (officially an accident) and later on Grant will try to track down what happened. It will turn out that Scotland is a complete irrelevancy, and the real solution – which could be fascinating, dealing as it does with lost lands, and treasures, and Arabian deserts – is dealt with in a very distanced way.

Alan Grant is close to being insufferable, and it seems that Ms Tey fell in love with him, always an embarrassing disaster [See also: Lord Peter Wimsey, and the blog’s mean comments on him here and here]. But although this book makes the reader wince frequently, it is, like all her books, very readable, and you want to know what will happen.

Pat is a very upmarket posh child, living with servants and soon to go to public school – the Scottish accent won’t last. Tey is very aware of class distinctions, in a not particularly nice way. JP means Justice of the Peace – local dignitary in court – and presumably Pat is taking his decision ‘under advisement’.

Links up with: Alice wears a very different kind of kilt in this entry. Josephine Tey has featured before, in the much superior Miss Pym Disposes, as noted above. This heroine not only talks with a Scottish accent, but narrates in it too. Lord Peter Wimsey here and other entries – click on the label below to see them all.