What would you think if you read it not at age 16?: Holden Caulfield

The Catcher in the Rye by J.D.Salinger

[Holden Caulfield, aged 16, is in his dorm room at a private boys’ school in Pennsylvania. He is about to leave the school for good.]


“… It was pretty nice to get back to my room, after I left old Spencer, because everybody was down at the game, and the heat was on in our room, for a change. It felt sort of cosy. I took off my coat and my tie and unbuttoned my shirt collar and then I put on this hat that I’d bought in New York that morning. It was this red hunting hat, with one of those very long peaks. I saw it in the window of this sports store when we got out of the subway... It only cost me a buck. The way I wore it, I swung the old peak way around to the back – very corny, I’ll admit, but I liked it that way. I looked good in it that way…. 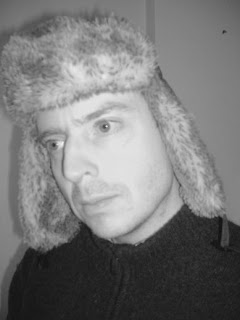 [His classmate Ackley comes in] Sometimes I horse around quite a lot, just to keep from getting bored. What I did was, I pulled the old peak of my hunting hat around to the front, then pulled it way down over my eyes. That way, I couldn’t see a goddam thing. ‘I think I’m going blind’ I said in this very hoarse voice. ‘Mother darling, everything’s getting so dark in here.’ … I started groping around in front of me, like a blind guy, but without getting up or anything. I kept saying ‘Mother darling, why won’t you give me your hand?’ I was only horsing around, naturally…

‘Where the hellja get that hat?’ [Ackley] said.

There’s nothing new to be said about J D Salinger – it’s all been gone through endlessly: his reclusiveness, the courtcases to guard his privacy, the stories that leaked out, the fact that he published nothing after 1965, the connection with the murder of John Lennon. About the book – it’s not his best writing, and it’s a lot less spontaneous than it seems: He was no Bret Easton Ellis, a teenage prodigy producing a book about his own generation. That isn’t intrinsically either good or bad – but it is relevant that Salinger was twice Holden’s age, ie 32, when the book was published, and had been writing about him in short stories since 1945. If you read those stories, you can see how the character and the plot develop. And the hat too – in Slight Rebellion off Madison, he is wearing ‘a hat with a cutting edge at the V in the crown’, whatever that means. (By 1951 it sounds like the original baseball hat worn back-to-front.) That story is available on the New Yorker website to subscribers, along with Hapworth 16, 1924, a long story about the Glass family (and one that would make you finally despair of actually liking any aspect of Seymour) that JDS nearly allowed to be published again in the late 1990s. An apparently unofficial bootleg collection of the other lost stories was circulating in two volumes in the 1980s, when Clothes in Books obtained its treasured copies.

Is there any relevance in his pretending to be blind, asking for help, and apparently being ignored by his mother? Probably not.

With thanks to Tony for being Holden and Emma for the hat.
Bret Easton Ellis Catcher in the Rye Holden Caulfield J D Salinger New Yorker