“…Alice spent the afternoon primping on her own, which was nowhere near as fun as doing it with someone else. But by the time she was ready, she felt like a million bucks. The silver silk dress she had picked out fell perfectly over her hips, pooling on the floor and covering the scuffed toes of her shoes. The dress belonged to [her sister] Mary and was too big for Alice on its own – she had tied a blue ribbon tightly around her waist to give it some shape. She was wearing Mary’s favourite grey suede gloves, lined with mink, and her mink coat too. The coat had been a present from Henry, but Mary hardly ever put it on. Finders keepers, Alice thought. It was wintertime. Someone ought to be getting some wear out of it.
She herself didn’t have a single dress nice enough to wear to the Cocoanut Grove. Everyone would be in formal evening attire, and she wasn’t about to try to dress up a convertible suit with pearls, as her mother had suggested. But her brothers had invited her to come. A shipmate of Tim’s had an older brother named Daniel… she had arranged to get together with the boys… 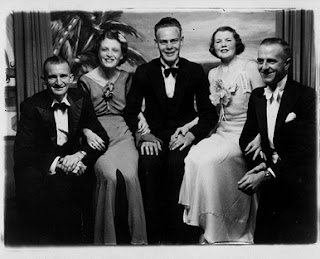 [At the nightclub] Alice spotted her sister chatting with a beautifully dressed older woman. Mary’s cheeks were flushed and she wore an emerald green gown that Alice had never seen before. Had she been wearing it under her coat when she left the house that morning? Or had Henry given it to her today?...”

Oh dear, this is not going to end well. Borrowing her sister’s frock is going to be the least of it for Alice. Maine is a fine novel about three generations of women from one family, and the beach house they visit, covering more than 60 years. If it had been written by a man, or was about 3 generations of men, it would no doubt be more highly-regarded (it is highly-regarded, it is literary fiction, but still it will never get the attention of a Jonathan Frantzen book). Alice is a terrific creation, with her spikey remarks, her attention to her appearance, her single-minded view of the world. You might need to try to draw a family tree when reading the book – I bet most readers, loving the book as they might, couldn’t tell you instantly whose daughter Clare is, or what Anne Marie’s children are called. But well worth the effort.
The picture was taken at a ball in Queensland Australia in 1938. It comes from the State Library of Queensland's collection﻿, and is featured on Flickr.
Boston Courtney Sullivan evening dress fur getting ready Maine nightclub weddings