The Bells at Old Bailey by Dorothy Bowers 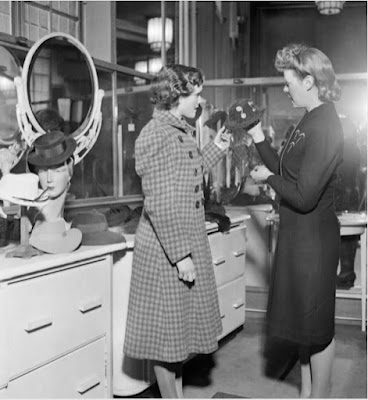 This was the last of Dorothy Bowers’ books, published the year before she died of TB in 1948. Over the last few months I have been looking at her books and her life, and although this is probably the last post from me, I still think there might be more to be learned or to be said about her. The sadness of her early death (at 46), the strong presumption that she would have written many more great books if she had survived, the lack of photos of her, and  the thought that somewhere there must be more papers belonging to her – these perceptions strike anyone who starts looking at her life and output.

I have been talking to several other people who have taken an interest: Curtis Evans, doyen of the vintage mystery, Martin Edwards who knows about every crime writer and has some signed copies of her books, the Random Genealogist, Matt Hall, who did huge amounts of biographical research and put it online, and Tom Schantz of the revered Rue Morgue Press who wrote a valuable introduction to her works when he reprinted her books. All have been most generous in sharing their knowledge.

I contacted her former Oxford College and found a little more information, and found a poem she wrote that appeared in the Observer newspaper in1935. 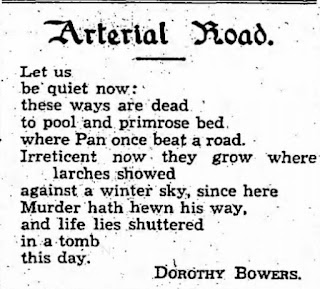 And I warned people about the photo that is doing the rounds – it is not Dorothy Bowers the novelist, but another lady of the same name.

Martin Edwards showed me his signed copies, some of which are dedicated to friends but I had no luck tracing any of those people.

Tom Schantz told me that he had corresponded with people who knew her. She always seems tantalizingly just out of reach….

Tom Schantz also said that this book, The Bells at Old Bailey, had one of the best openings to any Golden Age book. Here it is:

It was not until the fifth death in Long Greeting that Miss Tidy made up her mind to go to the police. And then from no sense of civic duty but because she knew her own security imperilled.

It reminded me of the opening of Agatha Christie’s Murder is Easy.

Long Greeting and its surrounding villages are being riven by poison pen letters, deaths, and blackmail, and the book centres on a splendid establishment which combines café, beauty parlour and hat shop: Minerva. ‘She managed the beauty parlour alone these days. Marion and Jane from the teashop were always the first to go…’ There are shades of Christianna Brand here.

And as one of the operatives says: ‘And choosing hats and trying on, and beauty treatment, and teas—they’re all exactly the things to start people talking, and as I say, that’s all they ever talked about here [the goings on in the village], as far as I could tell.’ Well exactly, that's why it's such a good setting.

However, the hat shop is very quiet these days, and the staff say this:

Hats could be shut down with advantage, for they’re no great catch these days when women like best to display their coiffures. Then we could be upstairs instead of wasting our sweetness in this lousy desert.”

The splendid picture at the top is from the Imperial War Museum collection.

Miss Tidy makes the best of herself, as befits a beauty parlour owner:

Miss Tidy knew she was looking pretty. That smart little navy straw poised artfully on her pile of white hair, her shining blue eyes deeper in colour for the forward tilt of the brim, the cool, tight-waisted frock and navy and white court shoes: they all made her petite, feminine, therefore exacting protection.

Another character is appealing to the policeman: 'Raikes, who liked them tall and queenly and with that sort of hair, was indisposed to provoke the antagonism he had roused in Sammy.'

‘That sort of hair’ is Titian, though Kindle thinks Titan…

There are some awkward sentences here – I had to read this one several times over to make sense of it:

They had placed [her] on the divan, beneath the shattered skull an old mackintosh Crystal had rummaged for.

“What you say just now killed her?” he asked the Inspector in an aggressive tone.

(I would wonder if it was lack of editing as her health failed, but all her books contain these infelicities – though I don’t find them annoying, just odd)

The book contains poison pen letters, blackmail, abortion and adultery all done in rather a grim way. The material is somewhat as in a Georgette Heyer detective story, but treated very differently. Heyer takes it all much more lightly…

But there are funny moments – the woman who won a lot of money ‘in one swoop’ but actually in 'one Sweep'. And the passing report of a character’s letter: ‘He refers to earlier requests for a meeting, and states that he doesn’t want to make trouble—very uncharacteristic of Cyril, I’m bound to say—but that he does feel a meeting is imperative.’

And an excellent description:

She was clad unexpectedly in a much worn dressing-gown of brickish hue that gave her a barrel-like appearance. Her short tousled hair stuck out in all directions. Marion thought she looked rather like a harassed Father Christmas at the end of a day in a London store.

Sadly, I could not find a photo to do justice to this description. I had a go at an earlier appearance by Miss Beaton.

Suspicion apart, she decided it wasn’t merely the Beaton woman’s lack of manners, shapeless tweeds and sharp-set eyes in a red face that had never sought a masseuse to repair its ravages that made her so distasteful. 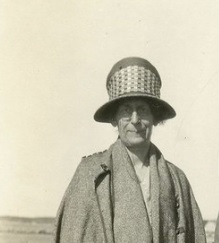 It is a very interesting book, with a lot to it: far from cozy, and with a splendid array of female characters of all different kinds. Dorothy Bowers was a very good crime novelist, and I am very glad to see signs of renewed interest in her.

The woman in tweeds is from the Smithsonian Institute.

Bodies from the Library Dorothy Bowers The Bells at Old Bailey