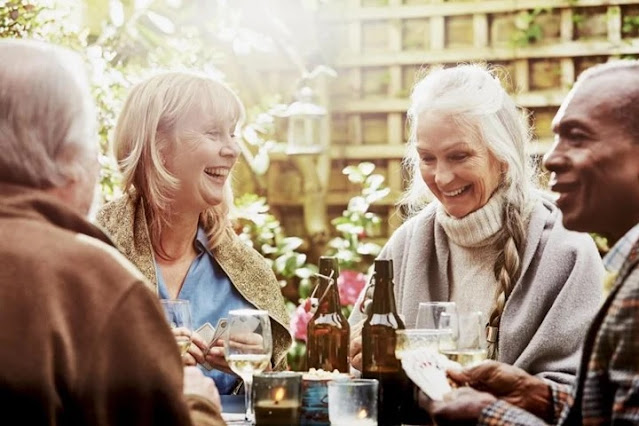 Elizabeth Day these days is probably best known for her How to Fail, a delightful podcast that (in its own description) ‘celebrates the things that haven’t gone right. Every week, a new interviewee explores what their failures taught them about how to succeed better.’ It is entertaining, fascinating, inspiring, often touching, and a welcome change from the claims to perfection which often turn up online.

But a book is how I first came across her, and I looked back to see what I said about her first thriller, The Party: I blogged on it here, saying how much I enjoyed it and what a good read it was. I commented then on the fact that the major characters were all men – well, almost as if she was listening 😄the new book is the opposite. If you want a great read with a riveting variety of women as the main actors then this is your book.

I am limited in what I can say about it, for this reason: I bought it a while back, and by the time I started reading it I had forgotten anything I’d seen about the basic premise and plot, and I didn’t try to change that. I always prefer to come to a book that way anyway, and in this case I loved the fact that I literally had not a clue what kind of life issues were going to feature. If you read any of the publicity or reviews you will have much more knowledge of the themes, but I preferred not to know myself, so will not mention them.

So – what can I say? It’s a contemporary tale, set in London and the countryside amongst (roughly) the middle classes. It launches into a first person narration, from Marisa, a young woman who seems to have a great life – but is something going wrong? It’s a classic modern opening and Day does it very well: Marisa is troubled and starting to panic. Who is Kate and what is she up to?

Now, if we have read books in this genre before we spend our time guessing what the twist is – obviously everything is not as it seems (above & beyond Marisa’s doubts) but what is the surprise going to be? I am pretty good at guessing plot twists (which doesn’t actually spoil my enjoyment) but I didn’t get this one. But the book is about more than the obligatory twists and turns of modern fiction: it is a proper novel with real characters and some heart-breaking issues explored. The women at the centre of it are varied, and not simplistic, and have a wide range of input into the plot…

It is clever and perceptive, and Day writes really well.

A vast television hung on the white wall, an inky black square with a dot of red light in the corner as if it were a painting that had just been sold.

And this description of a certain sector of modern life:

They were anarchists, re-writing the rules of work, of life, of the world their parents had inherited. Except they were also just producing movies and marketing the make-believe and going to free private screenings with miniature bottles of mineral water and triangular sandwiches from Pret on plastic trays… But the moral worth of their work or the inherent contradictions in their position never seemed questionable as long as they voted Labour and did their recycling.

Day is good on the way people think, their drifting imagination as they put a hopeful spin on future events -

She would be able to wear a pretty dress with just the right amount of flounce and cleavage…and she would ask Jake what kind of wine his parents liked and he would laugh at her, kissing her forehead affectionately and he would tell her there was no need to go to so much effort. ‘They’ll adore you’…

And then there are actual, horrendous social events, and a passive aggressive nightmare of a potential mother-in law

The final section is really anxiety-making as you try to work out what is going on and who is doing down whom… it is very well done. And I liked the fact that the jeopardy and the tension are very real, but it is NOT a terrible gruesome book with grim descriptions of violence and blood and women being savaged.

And yes, the perfect clothes for this admittedly quite small segment of society: 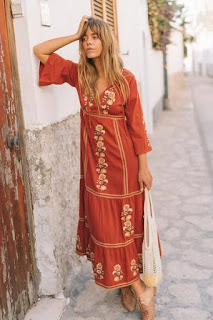 - [she] is wearing a polka-dot jumpsuit, the sleeves rolled up to reveal her thin wrists. A leather belt with an oversized gold buckle sits tightly around her slender waist. Marisa has never been able to wear belts. She doesn’t understand them. 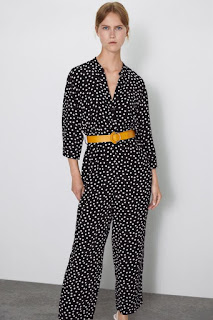 [not understanding belts! Brilliant – it’s not belts for me, but surely most of us recognize that idea]

While looking for pictures I came across an article in the Wall Street Journal about the (obviously, American) idea of the ‘Coastal Grandmother’ who dresses in white linen. Tragically, the article is behind a paywall, but opening sentences will give an idea of this character, who might be Diane Keaton in a Nancy Meyer film: 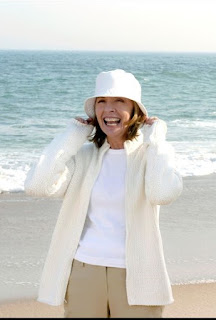 You know the Coastal Grandmother. She wakes up early in her white linen-covered bed, seaside sunlight streaming in…Eager to get to the farmer’s market—it’s peony season, after all—she puts on a crisp light-blue button-up shirt, white jeans and a straw hat….With a Provençal market basket, Coastal Grandmother is good to go. She hops into her vintage Range Rover and heads out...

It seemed hilariously apt for Annabelle in the book. 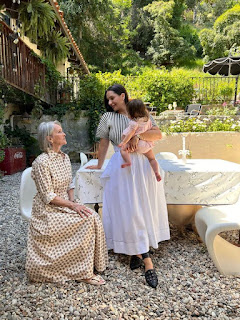 Under the shawl, Annabelle was wearing a white linen shirt, unbuttoned to reveal papery, tanned skin and a long gold necklace threaded with semi-precious stones. Her pale trousers stopped just above her ankle and were frayed at the hem in a way that looked fashionable rather than ragged.

[later] She was wearing a white floaty linen cardigan over a sage-green camisole and white linen trousers and pale purple Moroccan slippers, the leather folded down at the back so that her ankles were exposed.

Magpie is definitely recommended - as I am always saying, if I say it is a readable page-turner, ideal for holidaytime, I feel obliged to add, as it is written by a woman, that it is also a proper literary novel with fascinating things to say about modern life. And will be undervalued because of that.

Top picture is from the advertising for a retirement village. When writing about Richard Osman's books I discovered this is a great source of positive images of stylish older people - otherwise they are very difficult to find. Two fashion pics from Pinterest, then Diane Keaton and the family group - both from the WSJ article mentioned.

Elizabeth Day How to Fail Magpie The Party white linen