US title: Death Walks the Woods

When I wrote recently about tombs in churches I got the most wonderful response, with people sending details of real-life memorials – I’m going to have to tour England looking at them, the most amazing monuments out there.

And of course readers also had plenty of book suggestions. This was Jonathan O:

There is also a tomb in Cyril Hare's "That Yew Tree's Shade" - a sympathetic young man first appears when he is doing a brass-rubbing of it.

I felt I could just fancy a Cyril Hare, and eventually found it under its US publication title of Death Walks in the Woods. And what a treat it was, an absolute delight. It was much funnier and more entertaining than others of his books – I like Cyril Hare but can find them a bit dull, sagging in the middle.

But this one is a joy. Series hero Francis Pettigrew, a dry old lawyer, has settled with his new wife (an unlikely acquisition from an earlier book) in a small village, and village life is presented quite splendidly. The murder is quite late on, but I didn’t have a problem with that. Various feuds and difficulties are set up, and all the characters are very distinct and very entertaining.

First of all – an unlikely comparison: I had recently been reading a memoir book by Giles Wood and Mary Killen, Diary of Two Nobodies, about their life in a Cotswold village in 2016, and the couple in the book quite bizarrely resembled them, they had a lot in common. Many lines from Yew Tree could have come straight from Diary, and vice versa. Both couples have a dog named Phoebe. Both couples are hospitable to young persons and enjoy their company. 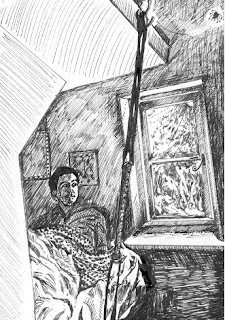 The modern-day couple concerned are now famous as reality TV stars, but Mary Killen will always to me be the greatest etiquette writer of them all – she has an advice column in The Spectator magazine. I used to write about etiquette myself, but Mary holds the crown.

Back to the book – it is a lovely and realistic picture of village life, spiced up with tropes that are very much keyed to the post-war date – it is set in 1952. As in Agatha Christie’s A Murder is Announced, a quiet ration-beating Black Market is going on and of course when police appear everyone thinks it’s about the illicit pork.

Here’s the church and its tombs:

It was more like a museum than a place of worship, with its rows of stiffly sculptured squires and ladies lying on their tombs, and even piled one above another against the wall, for all the world like passengers in a third-class sleeping carriage on the railway…

The effigy of Sir Guy d’Harville has a modest celebrity among connoisseurs of English brasses as a sound, if not outstanding, specimen of early 15th century work…

The boy taking the brass rubbing says “The skirt of taces is a bit blurred, perhaps, but the brass is rather badly worn there, anyway. The gorget is a great success.” – these are pieces of armour: taces are plates attached to a cuirass, which is breastplate and backplate, gorget was a large collar to protect the throat and neck. (Yes obviously I had to look that up, I had no idea).

And then the plot gets going. A new person is arriving in the village: the young man above is told by his very flighty  mother (“walking, like church bazaars, was a recreation not in her line”) that she is having a visitor: “I’m not quite certain when he will be – at liberty to come. Possibly tomorrow.” Which tells the alert reader that he is being released from jail. (Later the visitor's advice to someone worrying about being arrested is to have a good meal: ‘the cooking in prison is, I can assure you, a disgrace.’) There are people in the village with reason to be interested… 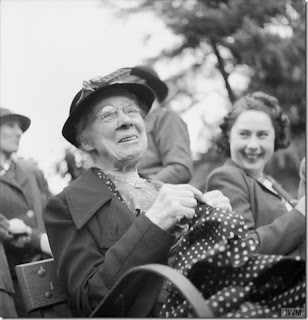 There is a wonderful scene – made for a TV drama – where the local smallholder attacks the new arrival:

“You double-crossing little twister!” he said. “How do you expect the world to be treating me as you put it? You bleed a man white – leave him to whistle for his money – and then sail in, as cool as a cucumber, and ask a question like that!”

He had  a highly interested audience to his harangue. Grethe was leaning out ot the kitchen window, a parcel of chicken giblets in her hand, drinking in every word. Mrs Ransome, startled out of her usual serenity, clutched her son convulsively by the arm. Godfrey was wondering if it was his duty to intervene before blood was shed, while at the same time he tried to keep count of the astonishing sequence of metaphors. Of them all, Rose was by far the least perturbed.

There is a lot of consideration of different paths up a hill and round a tree, and who saw whom and who could have been in the right place, but I took no notice – too busy enjoying characters being ironic about the phrase ‘he can simulate an exculpatory fact as well as the next man’. And also the hilarious & irrelevant side issue whereby Pettigrew describes a customer in a court case as ‘a difficult customer to fit’ – he means someone who is picky and awkward, but as the dispute involves a dressmaker, the customer thinks it is an insult to her shape….

The ex-convict was also an MP. In an introductory note, Cyril Hare says that (only) one character in the book is based on a real person, and ‘that individual has been dead for over 40 years’. So if it is the fraudster MP it could be either Jabez Balfour or Horatio Bottomley: neither quite fits that date, but either would work, and both worth looking up on Wikipedia. Bottomley  is famous for the story that while in jail he was sewing mailbags (traditional occupation for prisoners at that time) and an old acquaintance, visiting the prison, came across him. “Ah, Bottomley, sewing?” “No,”Bottomley replied, “Reaping.”

Mrs Pink is an odd character – unlike the flighty lady, walking and church bazaars are very much in her line. So I pictured her as the lady in the black hat (from the Imperial War Museum) – but when I checked back, early in the book she is revealed as under 40 and striking-looking.

Mrs Pink's hat is supposed to be shapeless but very noticeable. The woman in white hat is way out of time – 1934 – but I liked the picture. She’s a scientist called Edith Kroupa, an Austrian research chemist, from the Smithsonian collection. I have said before  - the women scientists in old photos always look happy and satisfied – more so than the filmstars and showgirls.

‘That Yew-Tree’s shade’ is a phrase from Gray’s Elegy.

The picture of the young man is an illustration from the above-mentioned book, Diary of Two Nobodies, and is by Giles Wood, pen and ink on paper.