The Catherine Wheel by Patricia Wentworth 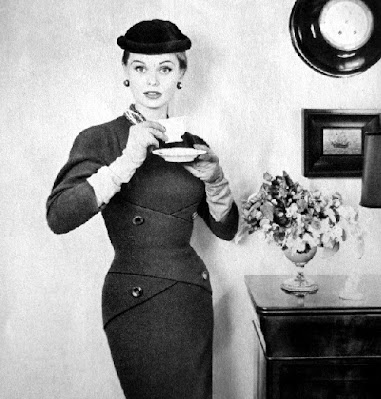 Somehow I had high hopes of this one, quite an intriguing title after all, but it didn’t really live up to that. The Catherine Wheel is a smugglers’ inn on a clifftop in the vague region of England where most of Miss Silver’s cases happen: place names beginning ‘Led…’ -  in this case, on the coast road to Ledlington.

Descendants of the complex Taverner family are going to all tip up there for a weekend, and a full range of Silver-world characters will be there: attractive young couple, elderly spinster, brassy woman with a past, posh empty-headed lady. One cousin (who won’t actually enter the inn at first) is a refreshingly nice chap, a carpenter, who explains that he did mine-sweeping during the war, as he was a conscientious objector. He is not one of her stock characters at all.

Old Jacob Taverner has a purpose in gathering them in - what can it be? I didn’t have the slightest difficulty working out what he was up to, nor did much else of the plot come as a surprise. It was less crime, and more a kind of West Country Smugglers’ Gothic, and greatly inferior to Daphne du Maurier’s Jamaica Inn of 1936, which it rather suspiciously resembles, down to a niece trying to stick with her aunt in the midst of great crimes. DduM didn’t try to insert a genteel houseparty into the inn, to be fair.

In a rudeness tour de force, Miss Silver very deliberately gatecrashes this event, uninvited and unwanted, and evicts one young man from his room to make space for her. (Bear this in mind the next time there are snooty comments on people’s manners in the books) 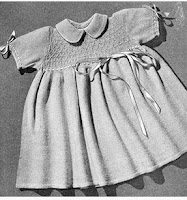 Someone is murdered, everyone is frightened, and Miss Silver knits a dress for Ethel’s daughter Josephine, so time not entirely wasted. These books are not noted for their dazzling mysteries, but this one did seem particularly easy to work out, and not really full of surprises.


Our heroine Jane lives in a tiny flat in an attic, reminiscent of The Little Princess, and makes very free with inviting one Jeremy up there with her: he would like to marry her, but ‘cousins oughtn’t to marry’ she says, which comes as a big surprise to anyone who regularly reads a certain kind of novel of the 20th century, where people are forever marrying their cousins – as if they were Royals! – without the slightest hesitation. If anything, it guaranteed they were the right kind of people. Where can this be leading? Jeremy now ‘came over to her and stood there in a very up-in-the-air kind of way’ – can anyone enlighten me as to what that means? ‘Jeremy had all the makings of a trampling bully, and she had no intention of being his doormat’. For once, it wasn’t superclear whether they will end up together or not. (That was more of a mystery than anything else in the book.)

There was a nice bit of evidence from one of the workers at the inn, who has been describing incidents to her husband:

‘”She was brought up in a God-fearing home, and she did ought to know better,” he says.’ She looked round enjoyably. ‘I don’t know when I’ve seen Mr Bridling so worked up. Quite cheered him up having something he could disapprove of so thorough – kept on talking about it and hindering me. “There’ll be a judgment,” he said. And when the news come this morning you couldn’t hold him. “The triumphing of the wicked is short,” he says.’

And at the other end of the social scale Lady Marian – is she just comic relief? – is also busy talking:

she was imparting another instalment of that fascinating serial, her life story. Such phrases as, ‘The very first time he saw me . . . swore, actually swore, that he would jump out of the aeroplane,’ and, most surprising of all, “blood on the diamond wreath, and blood on the floor.’’

There was a social detail: all the women had brought their own hot water bottles to the inn, and they were filled by the maid and brought to their rooms at bedtime.

And I liked that one of the declasse characters was wandering round at night (something we always notice here at Clothes in Books) but looking for a drink rather than the more traditional biscuit: ‘I wanted the drink all right.’

Ladylike occupations: ‘We are in quite reduced circumstances… so I joined a friend in a fancywork shop at Streatham’.

There was not very much of it above the waist, just a few opalescent folds, but the skirt was new and rather exciting. There were almost more yards of stuff in it than you would have believed possible, all coming in slim and tight to the waist, but they would swirl like spray in the wind when you danced. 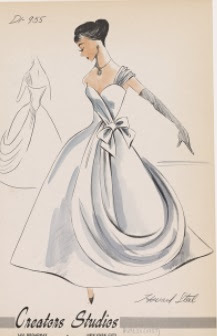 -to rich women in a gownshop – a frequent flyer occupation on the blog, often featured in the  Noel Streatfeild/Susan Scarlett romantic novels. The owner of the shop is Clarissa Harlowe bizarrely – this being the full name of the heroine of Samuel Richardson’s novel Clarissa.

Unusual names: disappointing. Fogarty is used as a first name as well as a last name. There is one splendid grandfather (among many) whose name is Acts – his brothers included Matthew, Mark, Luke and John.

Clothes: Miss Silver and Mrs Wentworth are both very snooty about the clothes of the lower classes ‘Frightful clothes – too tight, too bright, too short, too everything. Short royal blue skirt, elaborate revealing knitted jumper which failed to match it by a couple of shades, a cheap paste brooch.’

(even though Miss S wears dreadful clothes herself – ‘nothing could have been less becoming’ than her summer dress).

There is a heliotrope dressing gown. And there is some excellent consideration of what is the right outfit to wear to an inquest:  ‘I couldn’t be expected to know that anyone was going to be murdered’ – so didn’t bring suitable clothes. Is it all right to wear a coloured scarf, and coloured beads? ‘It really is so difficult, because I shouldn’t like anyone to think I was heartless.’

Lady Marion is always dressed well: There she was, magnificent in Parisian black with three rows of pearls dripping down into her lap and her beautiful eyes gazing soulfully at Jacob.

I see I made a note: ‘Gothic nonsense’. Also some inexplicable loose ends – what is going to happen to Jack Challoner? The big house? The revelation about someone’s parentage? All ditched in the end.

She can do much better – her books are all over the blog, click on the Wentworth tab below.