The Rector’s Daughter by FM Mayor 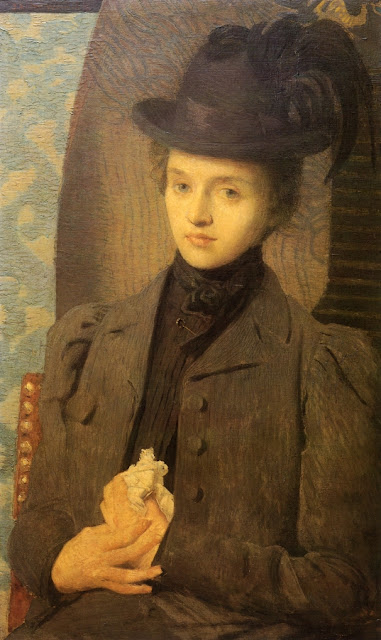 [Old Mr Herbert and Canon Jocelyn used to travel together in Europe as young men. Now his friend’s son has come to visit the Canon: ]

Mr Herbert said his father had told him of Canon Jocelyn and a certain beautiful Grand Duchess.

‘Yes, the Princess Sophia did me the honour of accepting the roses I had the temerity to offer her. That was all the bright sunshine of morning, and now it is twilight, and one sees the grave beauty of the approaching night.’

Mary could not help a twinge of indignation. She wondered which had been the bright sunshine of her morning. Had not her life been rather the twilight of a river mist, or even of a London fog? And there had been years... when she, too, might have been gay. Common sense... came to her aid. Her father must have been born suited to Grand Duchesses, and she, with all the pushing in the world, would never have suited Grand Dukes.

It is far from Grand Dukes and Duchesses that the rest of this book is placed, (the protagonists live in the imaginary village of ‘Dedmayne’ for goodness sake), and they do not feature again: this is a strange fleeting moment, but still it gives a hint of the book’s charms. I thought this was a funny and sad moment, nicely expressed. It shows the relentlessness of Mary’s low self-esteem, her awful life, and her occasional moments of questioning.

I first read this book in 1988 and remembered little about it – just that it was the kind of book it sounded like from the title. I also read The Third Miss Symons, same author. When moving house and discarding books, I took both down and re-read them. I didn’t like Miss Symons at all, tiresome and predictable, and stuck in its own world, and I expected the same of this one and was ready to skim and give up, but it sucked me in and I was compelled by it – I looked forward to picking it up, and wanted to know what was going to happen. Even though

it was not going to be anything good.

The structure is strange, and there is an awkwardness about the writing. Mayor writes beautifully about the lives and loves of her characters, but on a sentence by sentence basis she can be strange and muddled. The action jumps around, clumsy groups of words abound on every page.

None of that matters, and nor does the fact that at times you would cheerfully strangle Mary for her ridiculous ways: but still it is hard to describe what is so good about the novel. Mary is the daughter of a clergyman: the two of them (remnants of the family) living together in a small village in East Anglia. Her father is remote and comfortless: a clever man with no emotional side. Mary does her best, but feels unloved by him.  Eventually a new vicar comes to a nearby village, who gives hope to Mary (and others who see how suitable he would be). But she is not destined for happiness

He marries someone else, but she is still forever stuck with the couple, forced to enter into their marital problems and try to help them.

Nothing ever goes right for her: she doesn’t get a coming-out dance, her father refuses to make the tennis court ready for parties, she starts classes in the village and they fail, she manages to be highly offensive to someone who might have helped get her poems published.  Mary is endlessly and ruthlessly snubbed ignored and disliked by everyone except the servants and some rather vague ‘villagers’ – occasionally we are reminded that they loved her. Nothing much happens, the misery just goes on and on. Even when it looks as though she will have some free life of her own, she ends up having to live with another relative. 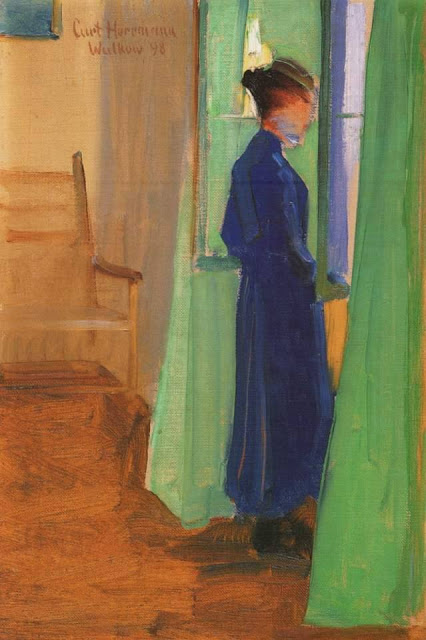 And yet – it won’t be to everyone’s taste, but I found the book magnetic, and (astonishingly) very funny at times, and it had a kind of honesty and truthfulness, a brutal look at the way her characters acted. They do not think how they should, and they do not act in the high-minded manner of so many book characters. I loved a series of actions that Mary planned, the last of which was to kill herself (she doesn’t do this). She is determined to get rid of all mementos of her lost love, and then is able to change her mind half way through, because she is trying to burn them in the fire, but her ‘Lenten penance’ is to have an inadequate fire, so they won’t burn.

Still with the heat symbolism: You can’t warm to Mary – and yet her love for Mr Herbert is a bright shining flame, hidden from the world, and it never seems out of place or even excessive. It is a miracle of writing that Mayor makes it so. It is the one thing about her that is not pitiable or annoying. It reminded me of the Lament of Donal Og:

I normally take notes to illustrate points about a book but – almost uniquely in all my years of blogging - there were examples of what I wanted to say about The Rector’s Daughter on every couple of pages. And I have so many thoughts about it that there will be another post soon…

Sophie Herrmann at the Window - Curt Herrmann - The Athenaeum (the-athenaeum.org)