The Fair Flower of Northumberland 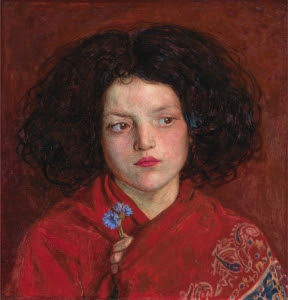 This is a side note to my recent post on the Mary Stewart book The Ivy Tree.

The chapter headings of the book are from traditional songs and ballads, mostly from the area local to the book, and I was very glad to see featured a great favourite of mine: The Flower of Northumberland. The female protagonist would make an excellent film heroine: fooled by a man, who then reveals he is married and calls her a brazen-faced whoor, and says she’s not good enough to work in his kitchen. (Same old same old)

But I love her return home, with her grumpy father & smiling mother:

But when she got home her father did frown

And said ‘Oh but your love it was easy won

To go with a Scotsman when you’re barely 15

And you the flower of Northumberland.’

But when she got home her mother did smile

And said ‘Oh but your love it was easy won

But you’re not the first that the Scots have beguiled,

and you’re welcome back home to Northumberland.’

And the mother finishes up by saying the girl will always have enough to eat and drink, and silver to buy a husband, and that she is still the Flower of Northumberland. So that’s fine. (Like a happier Duchess of Malfi)

You can find the words of the ballad online quite easily, and if you read them you think that the four people in it come alive as complete characters in just a few lines. I can imagine their whole lives and attitudes… and you’re pretty sure there’ll be more trouble with the Flower in the future (a touch of the Lydia Bennets). The ballad is a masterpiece.

You can hear a lovely version sung by The Johnstons in this clip.

The picture is actually called ‘The Irish Girl’ and is by Ford Madox Brown, but I was determined to find a picture that I could believe in as the Fair Flower of my imaginings, and this was it.

I used the picture once before for an actual Irish girl, for the poem Donal Og.

Ford Madox Brown was grandfather to one of my all-time favourite authors, who renamed himself after the artist.

No-one knows exactly when the ballad dates from, but it is first recorded around 1600.