Reprint of the year nomination 2 – A Time to Die

Last week I put forward the wondrous Too Many Bones by Ruth Sawtell Wallis. Here’s my second nomination:

A Time to Die by Hilda Lawrence 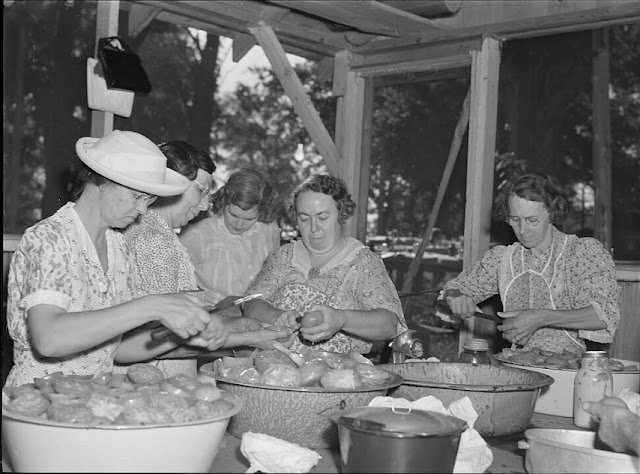 Hilda Lawrence’s Blood upon The Snow featured on the blog as a Christmas entry a while back. Her sleuth Mark East is back in the same area now – in upstate New York – but this time it is the height of summer and he is uncomfortable in the heat and quite snooty about some of the accommodation he is offered. Not an attractive trait – you feel Lawrence is trying to make him a well-rounded character and not too perfect, but maybe she goes too far the other way. Some of his (and the author’s) comments on people in the book are extremely mean-spirited. The two of them are awful judge-y…

But the book paints an enthralling picture of small-town life – and the opening section at the Church Covered Dish Supper is wonderful – light and impressionistic, dabbing in and out of different groups, very visual: I really felt I knew what it was like to be at such an event on a very hot evening. Children running round, games being played, food being put away like there was no tomorrow, a lemonade stand bringing in more money for the church funds.

They saw the Covered Dish Supper long before they came to it. Late comers, clinging to plates and baskets draped with fringed napkins, scurried up the hillside, calling out excuses and explanations. They were preceded by whooping children and followed by plodding men. Farm Fords and town cars trailed each other in an orderly line…

Mark drew a deep breath and counted the long tables. There were fifteen of them, and he thought he could hear them groan. He saw platters of baked ham and chicken. He loosened his belt and reached for his pocket. “Your money’s no good here,” Perley said. They found places at Pansy’s own table, where they were hovered over by plump, aproned women who rushed back and forth with laden plates and made furtive little dabs at their back hair. Mark ate steadily and contentedly, sizing up his neighbours. The regular parishioners were a well-behaved lot, inclined to spun rayon with large floral patterns; no elbows on the table, no unseemly noise, no grabbing. The summer visitors were a different breed, favouring plain cottons and no manners at all. They screamed up and down the length of the tables and snatched food from each other’s plates. 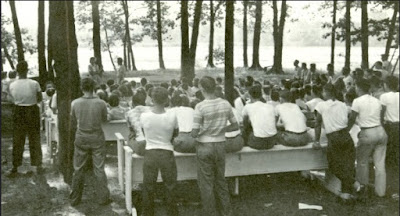 But of course – someone is missing by the end of the evening, and it’s very hard to pin down who was where. The town has its residents, but also quite fancy hotel resort, the kind of place where rich people come down from New York City to spend swathes of time during the summer, either in hotel rooms or in individual cottages. One such family consists of widowed dad, a wealthy businessman, two daughters, a teenager and a 9-year-old, and their governess/companion, a competent young woman called Cassy. It is Cassy who goes missing, and Mark East can think of many reasons... 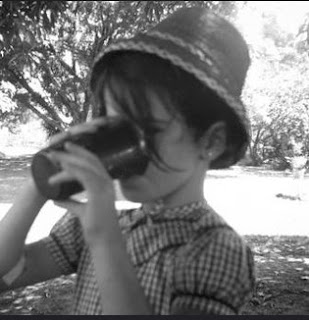 So people are searching for her, especially as someone else was attacked the same night (I do not, by the way, consider that particular aspect to be adequately cleared up in the solution).

Some of the behaviour (by the good people) is very odd… ‘We’ll do nothing. But if she is still missing after three days why then we’ll start ’em rolling…’

Mark East apparently does nothing for quite a time, and we’re all dithering about, not sure whom we should suspect. The story sags somewhat in the middle – what is everyone doing?- then Mark East goes back to NY to investigate a possible motive in the past. Basically SOMEONE, and it could be almost any of the characters we have been introduced to, is hiding a big secret. Lawrence certainly knows how to build up the suspense and the tension, and there is a good amount of jeopardy and a very striking ending in the nearby ‘sanatorium’. As a matter of fact I thought nothing was properly explained at the end, we were just told who it was and what the (extremely unlikely) motive was: I think Lawrence wanted us to take it on trust in a most unconvincing way.

So I sound as though I am tepid about the book, but actually I enjoyed it enormously – all the different characters, who sometimes seemed very cliched but had other sides to them; the running of the hotel, the interviews with the staff, (“he gave me a nice tip, too. How do you think I got those silver foxes? Trap ’em?”), the visits to nearby towns, the bus service and the trains. Another gimmick (and I do think that is what it is) is that Mark East has two old ladies to help him Miss Beulah and Miss Bessy. I’m not sure they added much detection, but they were good as part of the landscape.

There is a moment when Mark East is talking to the head nurse at a big NY hospital:

Miss McKenna gave Mark a look that compared the student nurses of the past with those of the present and left no doubt about the rating.

It is my contention that while this attitude is common in many (most?) all walks of life – the new generation is not a patch – it is particularly universal in nursing…

One of the older ladies appears in this ensemble:

She was in beaming possession of a walking stick, man size, and Mark smiled for the first time in many hours. Miss Rayner was a proper sight in her small violet toque, her violet silk, and her fine white kid gloves. 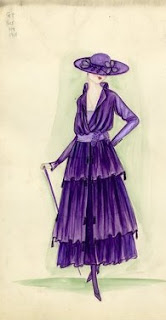 This one is from The Brooklyn Musuem and is probably too old (and not a toque), but then she’s an older lady, and the idea is that her clothes come from a different era.

--the same lady after all wears ‘her small driving hat, an old-fashioned golf cap tied on with a veil.’ 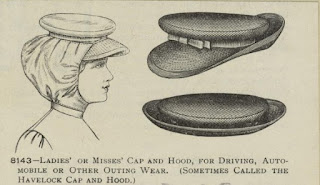 --this one from NYPL.

So in general a very enjoyable outing,

This is my second choice of reprint – after the Ruth Sawtell Wallis Too Many Bones, and I put it forward for your consideration as reprint of the year. It is definitely this one/two order, the Wallis is exceptional, but this too is a book that is well worth reading.