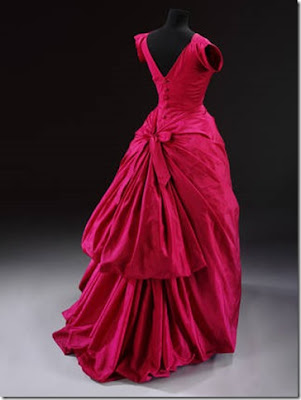 [Quotes from throughout the book]

Charles was the first to arrive and found her already dressed. She wore crimson chiffon, intricately folded and draped with loose panels that floated tactfully past her waist and hips. The décolletage plunged and at its lowest point contained orchids and diamonds. Diamonds appeared again at intervals in the form of brooches and clips, flashed in stalactites from her ears and encircled her neck and wrist in a stutter of brilliance: she was indeed magnificent. 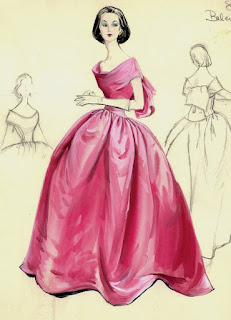 Mary Bellamy had unwrapped the parcel and disclosed a knitted bed-jacket of sensible design. Her thanks were effusive, but Old Ninn cut them short. ‘Four-ply,’ she said. ‘You require warmth when you’re getting on in years and the sooner you face the fact the more comfortable you’ll find yourself. Good morning, sir,’ Ninn added, 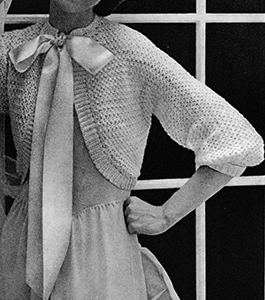 ‘Your clothes! Face it, Mary, without the Saracen Concealed Curve you’d be the Grand Old Lady of the Hip Parade.’

comments: It promised so well, and didn’t deliver. I always feel Marsh was at her best when dealing with the theatre, and here we have a grande dame of the theatre, Mary Bellamy, surrounded by minions and sycophants and adorers. She is celebrating her birthday and behaving badly.

The story pretty well never goes near a theatre – and takes place in a very short space of time: there is the morning when everyone fights, the evening of the party, a crime, then Alleyn comes and solves it all fairly quickly (though still managing to get bogged down in those endless interviews, ‘wallowing in the Marshes’ to quote the perfect phrase from my friend Brad). But it actually is tremendous fun that everybody sits around in the house all night having rows and revelations and busily either saying nothing, or saying nothing happened. ‘Formidably concealing nothing but the essential’. (The word ‘nothing’ appears a lot in this book.) The action never moves further than across the road from the grand house. One major character leaves the house of doom and comes back much later (like all proper murder story characters he is ‘walking the streets’, seen by nobody) and it is as if he is Odysseus.

But there is something very weird about False Scent. There is a death by poisoning, and the method used is glaringly obvious and indeed signposted by the author rather blatantly. But nobody in the book gets it and there are endless discussions of how on earth the poison could possibly have got into the system. It is weird and discomfiting: I find it hard to credit that any crime reader wouldn’t guess before the poisoning took place, it was so obvious.

Then there is the usual Marsh hatred of older women – throughout the oeuvre, they get a really bad press. The lady here is ancient, losing her looks, on the verge of complete sinking into oblivion.

Now, obviously she is an actress and perhaps will no longer be able to play young parts, but still... Marsh herself would have been 64 when she wrote the book. And this heroine at least was allowed a marriage – Marsh’s worst excesses are focused on unmarried women as in Spinsters in Jeopardy – I go into the whole older women traumas in the blogpost on it. And there is this: ‘He thinks she’s been a bit nervy for some time, I gather, like many women of her – well, of her age.’

I am being quite critical of the book, and I should say that I DID enjoy it – it’s just that I kept hoping it would turn out better than it did. As in Overture to Death there are people whom Alleyn takes to, a father and daughter – as I said back then, ‘do we seriously think that [his new great friends] are any longer implicated in the crime?’ Same here, and it does reduce the number of suspects.

It was a very visual book, I liked that you could clearly imagine the rooms in the house, and the splendid clothes. One of the key characters is a man who designs dresses and interiors for Mary the Great Actress: he is called Bertie Saracen, and one of the finest and campest lines in the book is the one above, so let’s use it again:

‘Your clothes! Face it, Mary, without the Saracen Concealed Curve you’d be the Grand Old Lady of the Hip Parade.’

--either some kind of corset or else built-in whaleboning in the dresses he designs. But there was a problem in that the colour of her dress kept changing  - geranium pink and crimson are not the same thing. 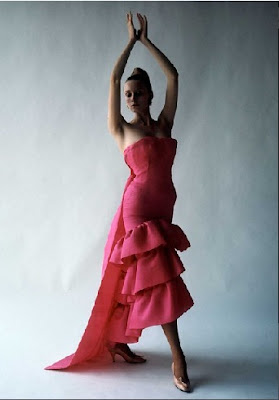 I thought it would be easy to produce a dress illo for this one – but far from it. So there’s my favouite Balenciaga – the dress I would rise from the dead to wear – and a much later dress that I think might actually resemble the one in my mind’s eye, though it is from 1972 (from the blessed magazine Nova). The pinkish one is also good, but it is definitely too pink. It is also a nightgown. And of course I had to find a few more possibles… Red dress from Vogue,1960, flouncy dress also Balenciaga, as is the sketch. 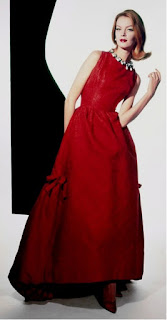 Many of my blogging friends have looked at False Scent: Lucy Fisher and Christine Poulson sparked my interest in the clothes. The Puzzle Doctor has a good analysis here. And Sergio in his 2014 review at Tipping My Fedora mentions Marsh’s fondness for claiming characters ‘ejaculated’, meaning exclaimed. I enjoyed his review, and assumed he was exaggerating. But my trusty Kindle enables me to say that she uses some variation of the word THIRTY THREE times, ie about once every eight pages.

Oh Sergio this is why we miss you so much as a blogger… an eye for the essential detail.