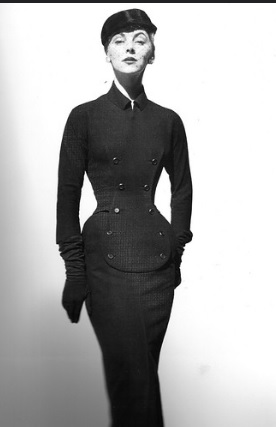 She was glad of the need to get up and dress. A lowering morning, but not wet. She put on her town clothes – neat black suit, fur coat, little hat with an edge of veiling – and was particular about make-up and nail-polish… She leaned over the bed, and when she straightened up, her hat pulled sideways. The veiling had caught in the carving on the bedhead.

Ladies’ Bane has a brilliant atmosphere: two sisters, one in trouble; a horrible house; and a very sinister magician. He is in fact sadly under-used – we only hear about his illusions second hand. I hoped he was going to mesmerize someone into committing a crime. And yet another under-used character: heroine Ione (yes sorry that is her name, and yes I know it looks like 'lone') has acting skills which we are informed of several times – she is hugely successful in performing sketches and monologues – but we never see that, and it doesn’t seem to come in handy at all. Shame.

There is a bizarre stonking great coincidence to set the plot going, wholly ridiculous, and no real explanation at the end of how a certain person happened to be there... However, on the credit side we get a description of the very heavy fogs which plagued London till the Clean Air Act of 1956. The legislation came in response to London's Great Smog of 1952, the publication year of this book (no hurry then).

These fogs turn up in books a lot - Christianna Brand’s London Particular is actually called after the fog, that being a local way of referring to what we also know as a pea-souper. And so is Margery Allingham’s Tiger in the Smoke in a less direct way – ‘the Smoke’ was a slang term for London because of the fogs.

But they are difficult to imagine for us now, so a contemporary description is always interesting. The characters here say they cannot see further than a few feet in the fog, and you might be unable to recognize later someone you encountered in the fog. Our heroine has quite the adventure, which goes on all night.

There is a character called Margot – a gawky overgrown schoolgirl who plays practical jokes – who slowly becomes quite chilling: she is a memorable creation, along with her worrying diary.

And Josepha, who only appears in one short scene, is a famous explorer who consults Miss Silver because she wants to help...

Allegra isn’t any relation of mine, but she’s the daughter of the woman who got me out of a very nasty mess when I was a girl – about the nastiest mess a girl can get herself into, and you can dot the i’s and cross the t’s for yourself.

she’s a stock character, but still something of  a breath of fresh air.

It’s quite a dark adventure, with some unexpected turns. And I think I have identified a careless (carless) error. At one point Ione and Jim go out in a car, lunch in a nearby town. But it is clear that neither of them has a car with them, we see their arrival, carless, at the happily-named Bleake, and there is no explanation as to where they got this car from. (A subsequent discussion of the cars owned by the local host indicates that having borrowed one seems unlikely).

I really should formalize a Wentworth checklist:

Miss Silver coughs: a mere 16 times, including ‘in a gently meditative manner’ and ‘with a slight preliminary cough’. Though, there is much play with a bottle of cough medicine being sent in to someone – great-grandma’s special recipe, Miss Silver should have helped herself to some.

Not much in the way of clothes here, though nice use of the hat veil above, as a hidingplace is going to be revealed. And lipstick features: Allegra has the nerve to wear ‘a shade of lipstick which was new to Ione.’ It is ‘stupidly bright’. Bad lipstick in Wentworth is always a sign that something is wrong – see The Dower House and the magenta lips, and one of my all-time favourite Wentworth quotes, from Mr Zero:

she’d got on the wrong stockings for her dress, and her lipstick all crooked, so I think things are pretty grim

Black suit and hat with veil – by Dior, 1952. From Kristine’s photostream.