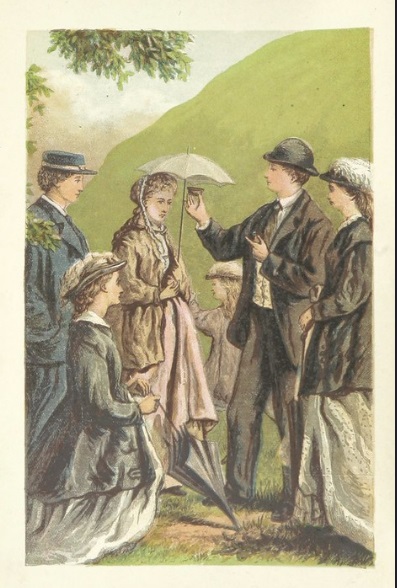 I sometimes say about books on here ‘I read this so you don’t have to.’ When I consider the question of Charlotte M Yonge’s The Daisy Chain I realize that I was hoping that, exactly, one day someone else would read it for me. I approached it a number of times: I am always fascinated by the forgotten bestsellers of an earlier time, & it is hard to over-estimate her mass appeal and importance back in the day (2nd half of 19th C). She lived her whole life quite close to where I live now. She wrote about families and relationships, always a favourite thing. Once you start digging there are inexplicable quotes like this one: ‘C.S.Lewis thought very highly of Yonge, at one point bracketing her evocations of domestic life with those of Homer and Leo Tolstoy.’ 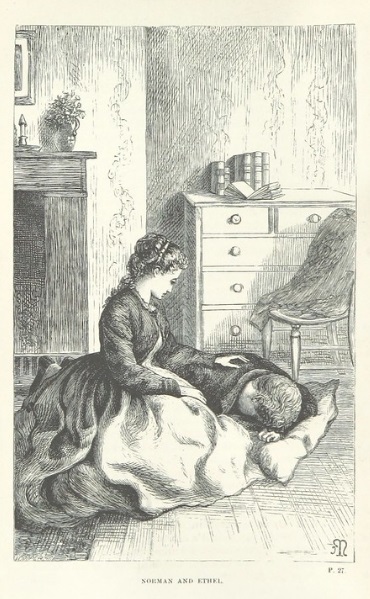 But somehow it never happened: descriptions of the book were too off-putting. And then – I came across a book called Anglican Women Novelists, edited by Judith Maltby and Alison Shell: a collection of essays on writers from Charlotte Bronte to PD James, taking in Barbara Pym, Iris Murdoch, Noel Streatfeild along the way. Could it BE more up my street? And there is a chapter on Charlotte M Yonge, by Charlotte Mitchell.

DIVERSION: A most weird thing happened along the way – I ordered the book, and somehow the order labels got swapped and I was sent a blue lacy nightie instead (actually described as ‘sexy nightgown’ on the delivery note). I have to assume that sexy nightie lady got to sit up in bed reading about the Anglican novelists instead. A great plot device for my writer friends, by the way, you are welcome to it. The start of a novel/film in which sexy-nightie-lady gets an OU degree, while I spice up my bluestocking life with blue lace. A good extra twist could be that in both cases it was a gift: so someone writes ‘this seemed perfect for you!’ on the accompanying note. ‘So THAT’S how they see me!’ both women would think. (Honestly, this bestseller is half-written already.)

ANYWAY, back to Yonge. As I lay, provocatively dressed, (OK, no I didn’t, I sent it back, though book and nightie were both in the house at the same time at one point) reading the chapter on Yonge I realized I absolutely had to finally read The Daisy Chain. It is something of an undertaking, it is long and very much of its time. But I am very glad I have read it, though not necessarily saying that everyone should: it’s possible I have taken the bullet this time. But it is fascinating because you can actually see how important and influential it was, you can literally tell that all over the world other writers were reading it full blast. It was so interesting that I am going to need two blogposts to cover it, one on the book itself and one on her influence on popular culture, and the connection with Little Women. In the ABOUT tab of my blog, and in this post, I speak of my great fondness for a category of books that you might call high-grade tosh, and I am actually not sure if The Daisy Chain falls into this category or not. It is one of the strangest books I have ever read. It is at times unreadably dull, the religious content is hard to cope with, and sometimes incomprehensible. The heroine, Ethel, is surprisingly endearing, though you want to smack those around her as they are so mean to her – your blood runs cold at some of the carryon in this lovely and loving family, with full apparent author approval. Mind you, you also want to smack Ethel, who is self-sacrificing beyond all bearing.

Very much of its time, there are references to foreigners which would be unacceptable now, and attitudes: the colonialism is fairly unabashed, along with references to the importance of bringing Christianity to the heathens. Avoid if you can’t face that: otherwise, skim those bits.

The plot has longueurs, and tedious chapters, but then will have a sudden startling plot turn which this reader certainly wasn’t expecting. There are many and very varied deaths - one of which is presaged by a character calling ‘X! – X! – It is enough! I am ready!', where X is a previously deceased character.

The death of a baby late on is one of the strangest things I have ever read, both in its cause, and in the role it plays in a character’s development. And I am at all times fond of weird Victorian illnesses, and there was an absolute banger here:

"What kind of attack?"

"Faintness-sinking. It is suspended action of the heart. The injury to the spine deranged the system, and then the long suspense, and the shock—It is not one thing more than another, but it must go on."


In the middle of all the religion and pomposity, and the Victorian melodrama, there are some really memorable moments. Unexpectedly relevant today is a discussion of people's motives for charitable activities:

Let people be honest—alms, or pleasure, or vanity! let them say which they mean; but don't make charity the excuse for the others.

You know exactly what Ethel means. (She is named after Queen Ethedldreda, Queen of Beauty, and this picture is a representation of the Queen from a suffragette pageant of 1913, via the Library of Congress.) 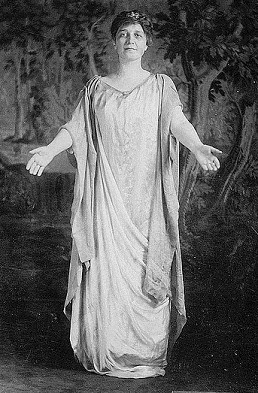 And I'm not sure if Yonge meant this to be funny, but it made me laugh:

He had seen, in his Oxford life, so many ill-effects of the knowledge that puffeth up, he had come to have a certain respect for dullness, per se, of which George Rivers easily reaped the benefit

There is an excruciating scene in which one of the girls of the family reveals that she has had a proposal, and everyone is amused and outraged and says, in effect, ‘how embarrassing for you! What on earth did you say to him?’ and she is mortified but says ‘well I told him to ask you father’, because actually she was pleased, and wants to marry him.

And then her sisters who were so opposed to the idea:

no sooner heard a whisper about bride's-maids than all their opposition faded away, in a manner that quite scandalised Ethel.


More, much more, to follow on this fascinating book...

Pictures are from an edition of the book from some years later than publication, held by the British Library.