The day darkened... the house came into view...

Posted by Clothes In Books on August 18, 2020
The Quickening by Rhiannon Ward 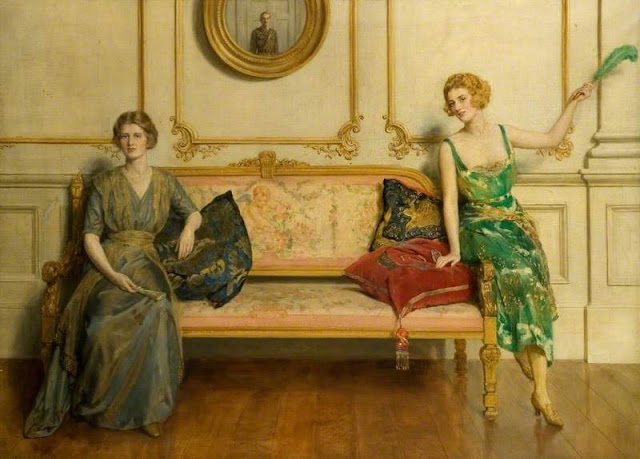 I was delighted to get the chance to read this early – it will be published any day now – because I love Sarah’s books. She is one of my oldest blogging friends and I have watched in awe as she has made such a success of her writing career. We all loved her contemporary police procedurals set in Derbyshire –In Bitter Chill, A Deadly Thaw, A Patient Fury and The Shrouded Path. Now she has gone for something new – which explains the different name: Rhiannon is her middle name and she is using it for a different kind of book.

The Quickening is a standalone – a gothic mystery set in the 1920s, with creepy supernatural overtones. Well that was an easy sell - have you gone off and ordered it yet? Which of us doesn’t love a book like that? The title of this blogpost is only a slight paraphrase of lines in the book: tells you what to expect.

There’s a truly excellent heroine: Louisa was widowed and lost her children in the 1918 Spanish flu epidemic (that we all know so much about now, what with current events) and is now re-married and expecting again. She is a photographer, and is asked to come down to a stately home in Sussex to photograph the contents.

Louisa learns Clewer Hall was host to an infamous séance in 1896, and that the lady of the house has asked those who gathered back then to come together once more to recreate the evening. When a mysterious child appears on the grounds, Louisa finds herself compelled to investigate and becomes embroiled in the strange happenings of the house. Gradually, she unravels the long-held secrets of the inhabitants and what really happened thirty years before… and discovers her own fate is entwined with that of Clewer Hall’s.


The book totally lives up to that description – it’s a great setup and she does the troubled atmosphere very well. It was fascinating, eerie, clever and compelling, and the historical details are very good.

I first encountered Sarah because of our shared love of crime fiction, and anyone reading this will see the clever hints and clues that pay homage to Agatha Christie – The Hound of Death and Sad Cypress among others.

There’s all kinds of sinister: cats and marble hands and a singing child (that others can’t hear…) and a broken-down cottage. Photographs and photography are used to great effect – though in the end it is Sarah’s writing that creates the atmosphere, not just the props.

There’s proper attention paid to clothes, with mourning and a mourning brooch featured, as well as evening wear:

Helene was dwarfed by her dress, an apple-green crêpe de chine. I couldn’t imagine this woman as a society beauty but then I came from a long line of capable women and found it difficult to identify with lacklustre pallor. Ada had changed into an ostrich feather affair, more flamboyant than her black dress but still of a period a decade or so earlier.


The fact that Louise is pregnant enabled me to look up what a pregnant woman would have worn in the 1920s – Elle magazine produced a fascinating timeline/slideshow earlier this year (thanks EW for pointing it out) which is where I found these pictures. 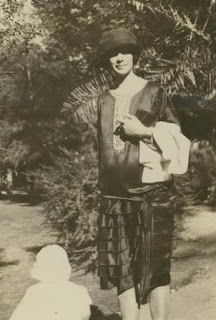 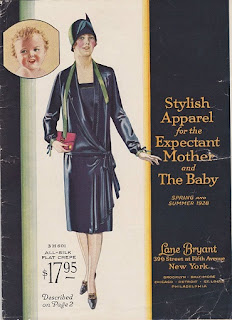 And Sarah actually asked me about dressing gowns of the era, as there is plenty of moving round the house in the middle of the night (a great favourite feature of mine in any book), so here are some pictures. 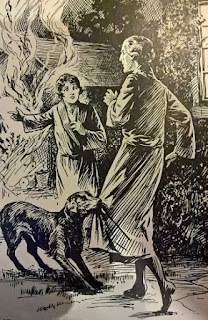 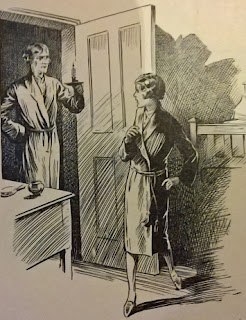 The Quickening is highly recommended and a complete winner.

Sarah is multi-talented, and I am sure she will have all the success she deserves with this book.

The painting is by John Collier and is called Sacred and Profane Love.
Dressing gowns from a schoolgirl annual of the era.
1920s dressing gown maternity clothes photography Rhiannon Ward Sarah Ward The Quickening