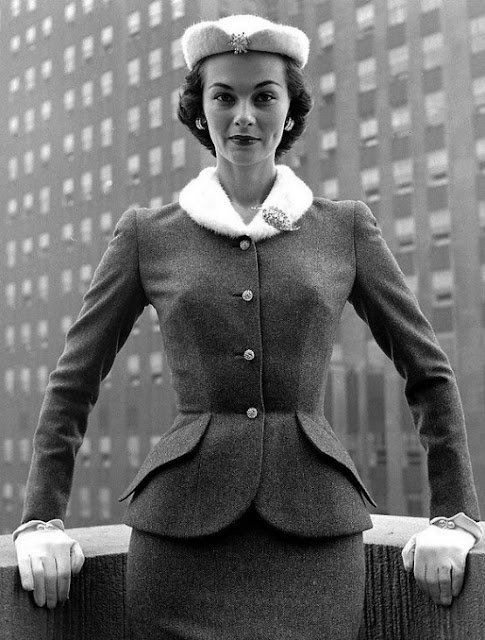 Ray Fortescue got off her bus and walked up the street. She was wearing her new autumn suit, because nothing gives you so much confidence as to feel that you are looking your best. The suit was a success, and so was the little off-the-face hat that went with it. They were perfectly matched, and they were just two shades lighter than her dark brown hair. There was a spray of autumn leaves and berries on the hat, repeating the gay lipstick which went so well with the clear brown of her skin. She wasn’t a beauty, but she had her points, and she knew how to make the most of them. Her eyes were a clear amber with very dark lashes, and they were widely set. Her face showed balance, character, control, and she had the figure which most girls long for. It looked very well in the brown suit. 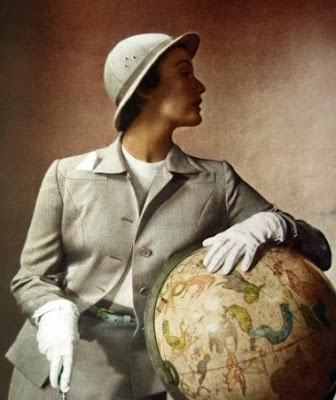 She wore a grey flannel coat and skirt and a white jumper. 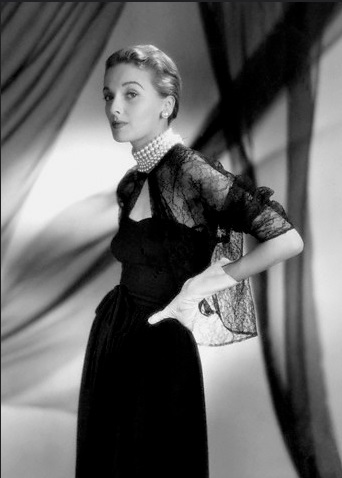 An Empire mirror between two of the windows showed her her own image, a very handsome one in close-fitting black, which did full justice to her tall and upright figure. There was a double row of pearls and a diamond flower to relieve what was otherwise the extreme of severity. Very few women of her age could show such a faultless turn of neck and shoulder

comments: Lockdown reading – I find myself often unable to pick up whatever great book I have in hand. Often the only thing that will do is an old crime story. I have read Agatha Christie’s The Mysterious Affair at Styles, for a most enjoyable podcast over at the Invisible Event, with JJ and Brad.

As a result of that I moved on to Christianna Brand’s Tour De Force, one of my all-time favourites. And a Ngaio Marsh, False Scent - blogpost to follow.

But if I had to pick one author (and I am myself surprised by this) then the winner is Patricia Wentworth.

When times are hard, when there's a pandemic, when life is uncertain - step into Miss Silver's world, where a cough means only that you are about to say something significant, right and love will prevail, and you might get to wear a great hat.

Recently it was The Case is Closed and The Dower House. Now we have  The Ivory Dagger.

The first note I wrote is this: ‘Completely irrelevant train crash AGAIN’. It’s not a criticism you would ever expect to write, and you might be surprised for it to be associated with such a cozy writer as P. Wentworth. But that’s how she rolls. The other train crash book was bizarrely, published the same year (or near it – date not clear on this one): so twice in one year, or at most 3 years, she thought ‘Oh I’ll put a train crash in it’ and then didn’t do anything with it. (It is in Through the Wall, and yes I am going to be mentioning till the end of time that the blogpost is legit called ‘Miss Silver’s Knickers’).

So will move on to the usual setting: a rich man who dominates all around him, and collects ivory items. A broken engagement. A house party and then a dinner party filled with people accumulating motives for murder. A midnight death... Very much Miss S’s kind of thing, and done with gusto and some unexpected turns. Wentworth’s young women fall into three categories: sirens, who are usually stupid. And feisty independent nice young (and occasionally older) women who are the heroines. And girls (there is no other word) who are of such surpassing silliness and nervousness and general idiocy that the mystery is why the murderer didn’t stop off and kill her on the way. There is one of the very worst examples of that last category in this book – the vacuous and vapid Lila – and yet there are glimmers of something more interesting, as she becomes the ivory potential bride of the very creepy Sir George. There are certainly arresting images of her – trying on her ivory wedding dress and fainting, then dressed in ivory and holding a knife. There are references to the opera Lucia di Lammermoor, and that does not seem bathetic.

And yes another trope is that people have strange first names, such as Lila, and the sensible woman in this one is called Ray.

The plot did have various swerves and turns, and I surprised myself by being quite slow in guessing the murderer. (and there’s one feature that I am dying to spoiler but can’t...)

I chose this as my next Miss Silver after reading about it over on TracyK’s blog, Bitter Tea and Mystery – we had much the same reaction to it, that it wasn’t her best, but still not a bad read at all.

Always the reminder – the grey flannel ‘coat and skirt’ is what we would call a suit nowadays. It was a class indicator to call it that. The other phrase would be a ‘costume’. I would need blogfriend Lucy Fisher to tell me if that had any class indicator about it.

Wentworth always v interested in mourning, and in this case a suitcase of clothes has to be brought from London because one of the houseparty has no black clothes with her.

There is that regular feature of a certain kind of novel from years ago, one that makes us feel uncomfortable now: a man who has known someone since she was a little girl. Now that she is grownup, perhaps they will fall in love. No, try as we might, we don’t go for that these days.

The hideous bog-oak jewellery gets an outing here, and as I looked up a previous Wentworth blogpost for which I found a picture – it’s here – I came across a piece of self-plagiarism: in the 1946 Pilgrim’s Rest there is a character in  ‘a skirt of russet tweed and a soft yellow jumper’. In this one a lady wears ‘a brown tweed skirt and a soft yellow cardigan and jumper’.