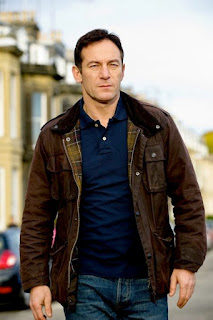 I love Kate Atkinson and I love Jackson Brodie.

When I am thinking of fictional male investigators, there are only two worth considering as real people: Harry Nelson from Elly Griffiths’ Ruth Galloway books, and Jackson. They are the thinking women’s sleuths, and I love them both.

It is a continuing mystery as to why the Ruth books have not been televised (but who, who would play Harry? Would the wrong actor be worse than nothing?) – but there is joy in the fact that we had Jason Isaacs embodying Jackson on TV: could we have more please?

Also more books – look at that nine-year gap. Of course Atkinson was producing her other, wonderful novels (see particularly Life after Life and Transcription). But oh the joy of sinking into another mysterious slice of Northern life. In both these books the author wanders round among a huge circle of characters, telling you what they are thinking, taking her time. There are loopy timeschemes and great long periods in which nothing much seems to be happening, and you are worried that you have forgotten which character is which. But she always, always makes it work.

I always feel she would be thrown out of creative writing classes, because she breaks all the rules, but then she can, because she is just the most marvellous writer.

The characters are so real and so convincing. There are some very very dark deeds and moments in both books, and times (test of a real immersive novel) where you want to yell at  someone ‘don’t do it!’ as if you can change the course of the plot. There are wicked, wicked people.

And yet amid the grim reality – and there’s nothing here that you don’t think is, has been and will be happening in real life – there are her redemptive moments, the moments where two people bond, or just look out for each other, the belief that there are terrible times around, but there will also always be goodness. (There is a description, 2 paragraphs, in Big Sky of a Mother’s Day....) 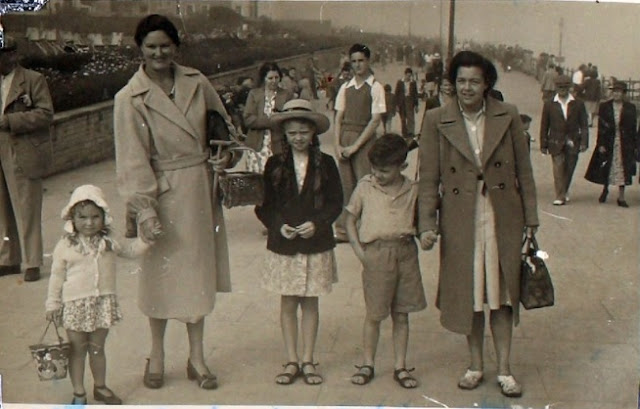 Corruption, sex trafficking, drugs, prostitution, lost children – and at the same time virtue, and some morality, and also endless jokes – Atkinson does social observation at every level so well, and is one of the funniest writers we have.

Justine Jordan wrote this about ‘Started Early...’ in the Guardian:

So much of the narrative is retrospective or interior that there's not much urgency to unfolding events, however highly coloured. And there's a rhetorical whimsy reminiscent of some of Atkinson's earlier books, a devil-may-care gesturing at the novel's own fictionality, which can leave the characters threatening to float free of our trust in them. But we follow their digressive, meandering voices avidly as they circle around their own particular loves and losses, all knitted together with Atkinson's extraordinary combination of wit, plain-speaking, tenderness and control

– which summed up very well how I think of the Jackson Brodie books.

The perfect, authentic details of people’s lives are amazing – ‘she should haul her old Rosemary Conley tapes out of the boxes in the spare room’ and ‘her mother had dressed her in limp pinafore dresses and nylon jumpers with brown lace-up Clarks shoes,  a look which even a cute kid, let alone Tracy, would have trouble pulling off.’

A play area attacked to a pub, the ultimate dream of the Useless Parenting classes

The thin card of the manila folder was soft and felted with age. This was what folders used to be like before they became pink neon plastic

‘Your book club?’ Andy didn’t know which was more startling - that […] had been murdered or that Rhoda was in a book club.

‘First rule of book club,’ Rhoda said, ‘there is no book club.’

I picked these quotes almost at random – there is a gem on every page.

She tells you what people are wearing, and also what they are listening to. She is a great, great writer.

Some of the book takes place in Bridlington. Idly looking for pictures of the resort, I came across a handful of pics of seaside holidays in the 1930s – in, of all places, the San Diego Air and Space Museum Archive (actually a great favourite blog resource). They were from an album donated by an RAF veteran, Edwin Newman. There is no direct connection with the book, but the lost innocence, the air of nostalgia, the happy families who don’t know what the future will hold, the Bridlington setting, the sheer loveliness of the picture – well, I had to use it, I think you will agree.