Champagne for One by Rex Stout 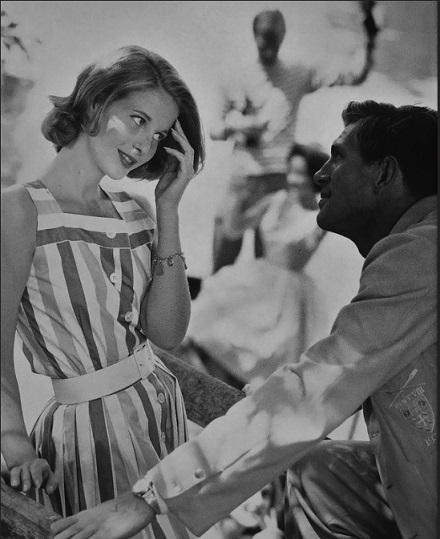 [A young man explains how he met the murder victim]

He pushed at his hair again. “I’m not proud of this, what I’m telling you. I’m thirty-one years old. In August, 1956, a year and a half ago, I went into Cordoni’s on Madison Avenue to buy some flowers, and the girl who waited on me was attractive, and that evening I drove her to a place in the country for dinner…. Her vacation was to start in ten days, and by the time it started I had persuaded her to spend it in Canada with me. I didn’t use my own name; I’m almost certain she never knew what it was. She only had a week, and when we got back she went back to work at Cordoni’s, and I went to Europe and was gone two months. When I returned I had no idea of resuming any relations with her, but I had no reason to avoid her, and I stopped in at Cordoni’s one day. She was there, but she would barely speak to me. She asked me, if I came to Cordoni’s again, to get someone else to wait on me.” 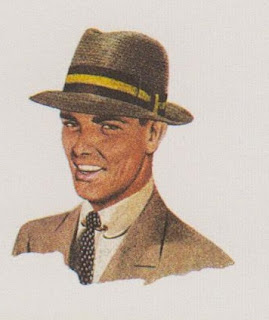 comments: It’s a while since I read a Rex Stout book – but this one sounded very appealing in TracyK’s post at her Bitter Tea and Mystery blog – her review is highly recommended, and explains more about the plot than I will. She said it was one of her favourites, so onto my list it went - and it is a corker, I absolutely loved it. The setup is this: Archie Goodwin, sidekick to private sleuth Nero Wolfe, and the narrator of the stories, is inveigled into going to a fancy dinner event in Manhattan. The assembled party includes a dysfunctional family, some eligible New York men, and a group of unmarried mothers. It is part of the rehabilitation of these women – they have been looked after by the family’s charity, their babies have been given up for adoption, and they are meant to be rebuilding their lives.

None of this stands up to much examination, but that doesn’t matter. One of the young mothers ends the evening dead – but who could wish that on her? And how did the cyanide get into her champagne glass? She had threatened suicide, and actually carried the poison around with her, and that would be a convenient verdict for everyone. But Archie was watching her, and says she certainly did not poison herself. (All this is nicely reminiscent of Agatha Christie’s Sparkling Cyanide – another excellent crime story.)

There is the usual flurry of events – witnesses are hauled into the Nero Wolfe brownstone, a client is found to pay for the investigation, and much pressure is put on Archie to let the suicide conclusion stand. There is some trailing round New York following people, and a memorable trip upstate to the home for unmarried mothers. 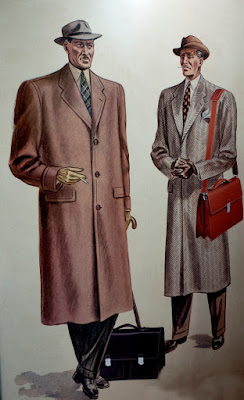 The book is full of fascinating glimpses of the morals of 1958. It is clear that Stout is very sympathetic and non-judgmental about the young woman whose lives have been upended by the conventions of the day. But still… it is also clear that Archie, that notorious ladies’ man, wouldn’t be walking out with them any day soon. Nero Wolfe says that if Archie is ever caught by a woman ‘she will have qualities that would make it impossible for her to share the fate of those forlorn creatures.’

Then there is this:


I learned that [he] had an old-fashioned streak. When I asked him what about her relations with men and got a vague answer, and made it more specific by asking if he thought she was a virgin, he said of course, since he had asked her to marry him. An old fogy at thirty-one.

There is never the slightest consideration in the whole book of how the women might feel about giving their babies up (nor, of course, any idea that they might not do so). A very clear view of the way the world worked in those days.


They would have been taken anywhere for a bunch of high school girls except for one thing: they were all too bulky around the middle.

And they are all smiling at him – as Tracy says ‘It is such a small scene in the book but it has stuck with me for years.’

Archie has this interesting comment on dancing with the young women:


She danced cheerfully, and of course that was no good. You can’t dance cheerfully. Dancing is too important. It can be wild or solemn or gay or lewd or art for art’s sake, but it can’t be cheerful.

I loved the way the story played out, the slow unearthing of the facts, the fascination of the setting. The solution was very slightly sub-par – the explanation of how Faith could have been poisoned when it seemed impossible was not really strong enough (imagine what John Dickson Carr would have done with that problem…) but that didn’t detract from my enjoyment. Tracy is absolutely right about this one.

VERY disappointingly, there are no clothes descriptions at all in Champagne for One. Such a missed opportunity, if I may say so, particularly as the young mothers would have dressed up for the social event. I have given them some feasibly smart dresses off my own bat, from Kristine: 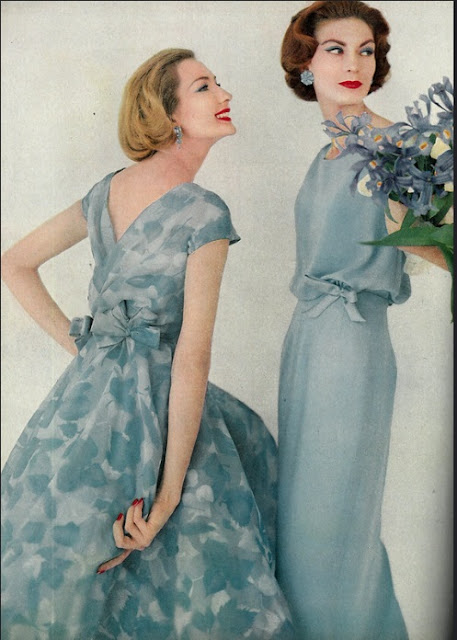 The top picture is the right era, and had the feel of a man chatting up a young woman in a flower shop. From Kristine. Then I am always playing with the idea of what Archie might look like – and of course he always wears a hat and coat outdoors, so these were possibles.