Art and Music: Vallotton and Eno

Posted by Clothes In Books on August 30, 2019
A different kind of blogpost today, not clothes in books but art and music.

I recently went to see the exhibition of Felix Vallotton paintings at the Royal Academy in London: he’s a painter who has been on my radar for a long long time, mostly because a little postcard of one of his paintings has hung over every desk I have had for the past 30 years. It is this: Private Conversation. 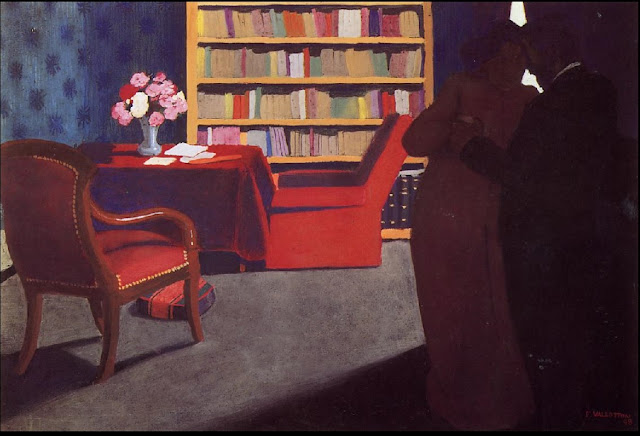 Sadly, it is not part of the RA exhibit, though very many other utterly wonderful pictures were. But I have been staring at it even more than usual since my trip. I love looking at this couple, and wondering what they are saying to each other. But I am also convinced that they are slow dancing with each other, and I suddenly realized that I have for a long time heard the same piece of music in my head when looking at them: Another Green World by Brian Eno. (It’s the Arena theme music for anyone who used to watch the BBC arts programme)

Please press play on the YouTube clip embedded above, and gaze. A perfect fit, no?

And now I am seized with the idea of finding the perfect music for pictures, so will be trying to match up some other favourites. But also would love to hear other people’s ideas.

What is playing on the Bluetooth speaker for Manet’s Dejeuner Sur l'Herbe?

What is making Pope Innocent look exactly like that?

Is it The Lion Sleeps Tonight for Rousseau’s beautiful tiger? (Yes I know lions and tigers don’t live in the same places, but the music could co-exist). 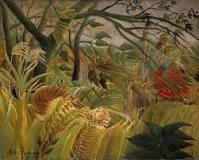 What is coming over the earphones of Velasquez as he paints himself into las Meninas? 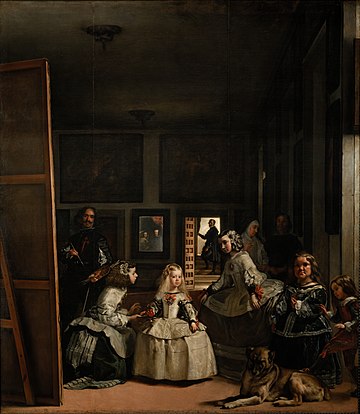 I need the music for Whistlejacket:

And for Mr and Mrs Andrews...

And WHO gets Erik Satie's Gymnopaedies?
Is it the boy from Seurat...? 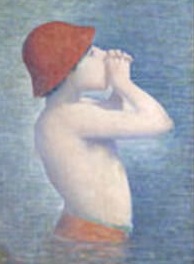 And what is Manet's barmaid hearing?

And what's the soundtrack to Renoir's boating party?

With thanks to Wendy, best company at the RA exhibiton, and who will be expected to come up with some suggestions.
Another Green World Eno Manet Renoir Stubbs Vallotton Wendy Wilbraham