Xmas Parties: You SHALL go to the (Staff) Ball….

Posted by Clothes In Books on December 02, 2018
Every December on the blog I feature Xmas scenes and Xmas books – I never seem to run out, but am still open to ideas and suggestions.
If you use Pinterest you can see some of the beautiful seasonal pictures on this page, and you can find (endless!) more Xmas books via the labels at the bottom of the page. 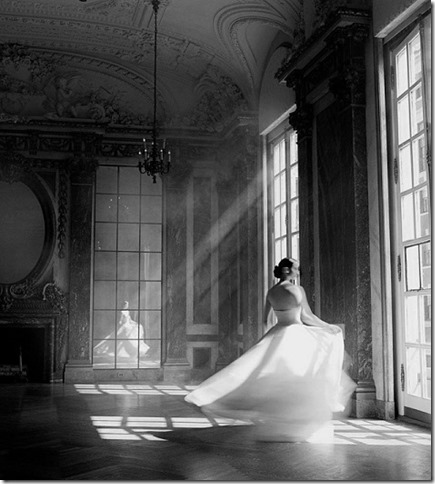 Earlier this year I did a couple of entries from Norman Collins’ marvellous 1959 novel, Bond Street Story – I was inspired by reader Victoria Harris, who was responding to the Clothes Panics genre post.

The book is FULL of great clothes, and clothes dilemmas, so it seemed a good idea to get the party season going with some discussion of the Staff Event given by Rammell’s Department Store. (It is not specified as a Xmas party, but the discussions will be familiar to all those who are even now planning their outfits for festive events.)


Our heroine Irene is going to the Staff Ball of course, and what to wear is a problemShe would like to buy something new, but – she can’t buy from another dept store (unwritten rule), and she worries about those small posh boutiques with names like Jacinth and Margueretta, Cynthia St. Cyr and Gloria Grosvenor. But those small shops have:


no selection. Unless they happened to have exactly what you wanted, you were stuck. Irene had peeped in through some of those discreetly frosted doors and had caught sight of the chief salesladies, a race of large, experienced-looking women like Assyrian priestesses, with sleek black hair parted in a straight white line down the middle. And she knew perfectly well that if it came to a tussle of wills with one of those Old Testament abbesses she might find herself bewitched into buying something entirely different, like a new tweed costume or a long padded house-coat or any other damn’ thing that the lady abbess happened to want to get rid of.

So can she do up her current best dress?


she might get hold of a length of tulle with sequins on it. Wear it over her head and shoulders in a mysterious Eastern manner, remembering to look downwards all the time as though she had just slipped out of a zenana in Benares and would have to get back before the eunuchs started searching for her. But she knew in her heart that every other girl would recognize it for what it was. She had seen enough of those emergency ballroom jobs to know that they deceived nobody but the very youngest of young men. And they weren’t the ones with whom she hoped she would be dancing. 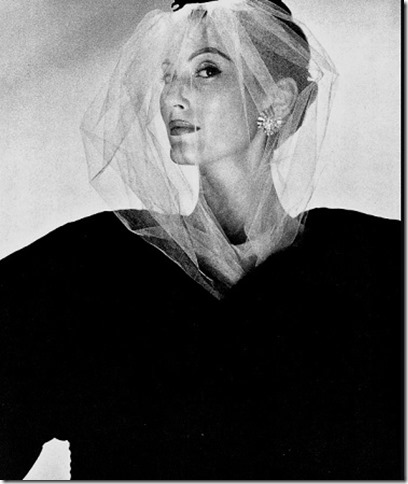 She has a better idea:

So she bought the scarlet sash instead. In point of fact, she went one better. She bought a scarf of the same colour, too. They weren’t cheap, the sash and the scarf together. They cost twenty-five shillings for the two of them. But at least they were effective. And, above all, they were new. They added a great vivid flash of sheer recklessness to the old black dress. And Irene was grateful for one thing. At least, the dress was black. It had been her mother’s idea entirely. There was nothing like black, Mrs. Privett had always contended. You could wear absolutely anything with it. And even with something over a pound gone on decoration, there was still enough left over for an evening bag. And it was rather a nice one that she found. Black, shiny plastic with a modern design stamped into it. And the clasp was striking. Also of plastic, it finished up with a large square knob practically the size of a door handle. And like the sash and the scarf, it had the supreme merit of being new-looking. Irene wouldn’t have minded going anywhere with a bag like that hanging over her arm. It had been a bit of a rush getting all those things in one lunch hour. It was like the last-minute arrangements before Judgment Day. And she had been forced to go as far as New Oxford Street before she could find a shoe shop with the right shoes. 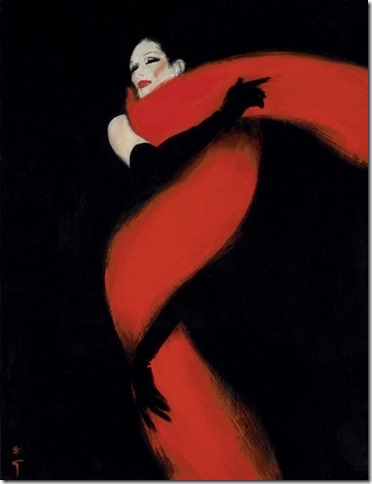 But then – at the last minute she is offered a marked-down dress from Rammell’s discreet dept for selling off damaged goods:

And the dress that she had discovered was beautiful. Simply beautiful. Irene had to admit it. Better than anything that she had imagined. It was pale silver. “Moonbeam,” Miss Sulgrave called it. And it made all old black dresses with fancy scarves tied round them look like old black dresses with fancy scarves. As soon as Irene saw the dress, she knew that she was going to have it. It was paying for it that was going to be difficult.

She manages to find the money, and comes home proudly

with the dress. And then something terrible happens: her mother is obviously upset:

She just stood there in the hall, staring. Not at both of them. Not even at Irene. Just stood there, staring at the Rammell dress box.


[Irene and her mother] were in the kitchen together for some time. And when they came out Irene had her arm round her mother. She was busy talking. But, as it was the same mystery language, Mr. Privett could not make head or tail of it.
“You shouldn’t have. Really, you shouldn’t,” he heard her say. “Why did you? You didn’t have to. Then I wouldn’t have.”
Because they went into the sitting-room, Mr. Privett followed. Then he understood. In the centre of the room stood the dressmaker’s dummy that Mrs. Privett used for all her serious work. And on it was draped a long silver evening gown with nothing but a pair of straps at the shoulders and a great billowing skirt like a half-folded parachute.


So what is Irene to do? You will have to guess. The answer is skimmed in, no big fuss, you have to be alert to be sure.

And to be impressed that Norman Collins had such an understanding of clothes, and of women, and of (for want of a better phrase) clothes emotions.

Fourth dress, from 1959 Glamour, via the Clover Vintage tumbler.

And just to show that you can accessorize your black dress with red and look utterly fabulous – a fashion illo from Rene Gruau.