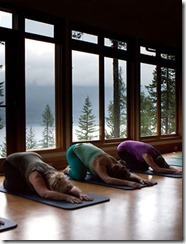 It was dawn at Tranquillum House. The fifth day of the retreat. Napoleon parted the wild horse’s mane three times both sides. He enjoyed the soft swooping moves of t’ai chi, and this was one of his favourite moves, although he heard his knees crunch like a tyre on gravel as he bent his legs. His physio said it was nothing to worry about: people Napoleon’s age crunched. It was just middle-aged cartilage. 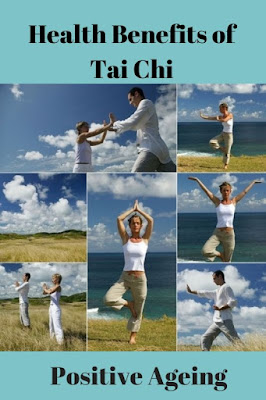 Yao led this morning’s class in the rose garden, quietly and calmly naming each move for the nine guests who stood in a semicircle around them, all wearing their green Tranquillum 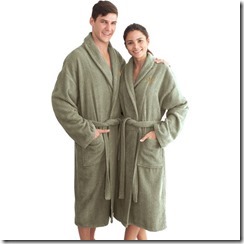 House dressing-gowns. People seemed to be wearing the robes more often than not now. On the horizon behind Yao, two hot-air balloons ascended so slowly above the vineyards it looked like a painting.


commentary: I like to keep a little collection of incomprehensible sentences (I will do a blogpost one day **), and this one will join it:

Though, fair play, Moriarty makes it instantly clear what it means, and we already know that Napoleon is a guest at a spa, not either a French Emperor or a pig from Animal Farm.

This is a confounding and great book. The publishers’ tagline is this:

One house. Nine strangers. Ten days that will change everything . . .

And it is a great setup – these people are all attending a health/wellness spa retreat, in the middle of nowhere, in Australia. So in one sense you know what kind of book this is, but in another you really don’t. I’m hamstrung writing about it, because part of the enormous enjoyment I got from it was that I had absolutely no idea in which direction it was heading. I’ve read many Liane Moriarty books, so I knew it would be funny, have pitch perfect observations, and might have a crime/thriller element, and would definitely contain surprises. And really it’s best to leave it like that, and let readers find out for themselves.

I think the setting is original: Old-style health farms and hydros turn up in books set or written in the past (and yes of course we have featured them on the blog), but it's surprisingly uncommon for a modern setting, and just asking to be exploited...

Moriarty is such a talented writers that she introduces the characters perfectly. I usually hate too many characters, and abhor books in which they are at first introduced by description, names only revealed later – but she gets away with it, completely failed to annoy me.

The descriptions of the place and the activities are hilarious and sharp and very recognizable – I have been on a retreat which (in some ways only… ) resembled this one, and her descriptions are spot-on and hilarious.

I liked Frances the middle-aged writer being told that by the end of the retreat she would be saying ‘I am changed in ways I could never have imagined.’

What a load of crap, thought Frances, while simultaneously thinking, Please let it be true.

The participants want the spa to solve all their problems – mental issues, bereavements and romantic disasters, depressions and misery. And make them thinner. But – and this is so true to life – when these rich, pampered people miss one meal they start going berserk, and can’t stop talking about it. This is strange behaviour on about three different levels, and is absolutely spot on: that is how people react.

The book of course brings you the backstories, and Moriarty writes extraordinarily well about the kind of problems and horrors that can hit the nicest families – I already admired her very much, but was very impressed with her discussion of addiction and bereavement in what was essentially not a heavyweight novel: completely real, and convincing, and actually helpful.

And her little comments along the way – here a husband overhears a comment by his wife which ‘hurt because it was both a malicious lie and the shameful truth’:

There is an intensely clever counterpoint of tension and creepiness in the plot, the growing sense of something very wrong, but in the kind of way that happens in novels, versus the genuine feeling, and sadness, and bereavement. I don’t know of anyone who does exactly that as well as Liane Moriarty, and this is a prime example of her marvellous books.


He spoke some of the sifting history did.

Here’s one I’ve been treasuring for years, from a literary novel of 1988, set in contemporary London, explaining how two people met:


‘Apparently she’s broke, she went to a vernissage, mostly for something to eat, got picked up by one of those wide-boys with a line in new masters of frigates in the spume, and, to cut a long story, woke up in the chambers opposite Tertius’s.’

If you have a good literary incomprehensible sentence, please do send it to me.