Oh my God, What a Complete Aisling by Emer McLysaght & Sarah Breen 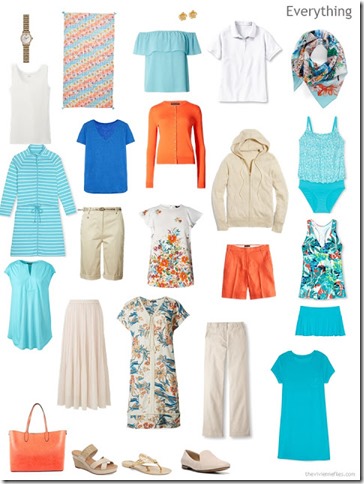 My own holiday wardrobe consists of a tankini (Dunnes, TG), three maxi dresses (one Oasis, two Penneys), a pair of white linen trousers – so versatile, as long as you have an iron (Sasha, RIP), two pairs of khaki shorts (Penneys), three T-shirts (Dorothy Perkins), my trusty county jersey, a going Out Out dress (River Island – so dear), two pairs of flip-flops (one bejewelled – Barratt’s, one plain – Penneys)… and my Skechers, if I have anything to do with it. I think it’s what’s called a capsule wardrobe? Like, I can mix and match most of the individual items to create different outfits. I got the idea from an interview with Alexa Chung I read in U magazine. She’s very stylish – the girls in work are obsessed. 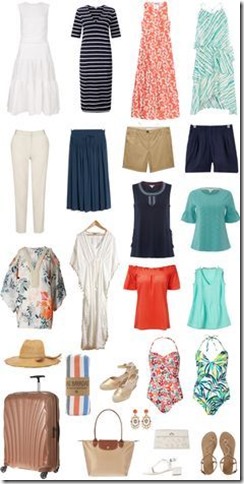 commentary: The title of this book, while obviously eye-catching and funny, doesn’t really do it justice – it sounds like a stunt, a gimmick, a one-trick pony. And actually Aisling is much better than that: it is endlessly entertaining and laugh-out loud funny, but this is also a proper novel. It is charming and nicely-plotted and structured, and the voice of Aisling is wonderfully well done and completely consistent.

At first I thought it might be patronizing or belittling, but I was enjoying it so much I stopped worrying about that. Aisling’s creators say that we all know an Aisling, and we all have a bit of Aisling in us. This is part of their description:


She's your stereotypical friend who carries her court shoes to work in a bag while pounding the pavement with her MBTs on the walk in from Rathmines. Aisling loves a Colours Night in the Portobello and a cheeky Coors Light in Mc Gowans of Phibsboro. She keeps all of her Laser receipts and checks them off against her bank statement. She has a loyalty card from both Tesco and Dunnes but not Marks and Spencer, have you seen the prices in there? Aisling loves a good bit of drying and thinks tumble driers are a sinful waste…

She leaves notes for the others in the work communal kitchen and in her apartment, she hates to pay for parking, and she is a great keeper of rules. The excellent feature of the book is that Aisling’s life is full of very Irish details – and yet there is a complete universality about her. We do all know an Aisling. And just from the capsule wardrobe above, you could tell where Penneys lies in the general scheme of things, even if you’d never heard of the shop before. Cheaper than Zara, that’s for sure, as when her friend is


…wearing something from the ‘state of that’ rack in Zara. I love the idea of Zara, but it can be very dear, and a lot of it has me gasping ‘the state of that’ before I can stop myself.

So – all Aisling’s friends are getting married, and she wonders if it’s about time for her longterm boyfriend John to pop the question. Things don’t pan out as she’d hoped, and she makes a few changes in her life, including moving in with the friends who wear Zara and Cos, and eat avocados, and might be vegan.

The culture clash is hilarious and delightful. Aisling still sees a lot of her very real ‘home’ family, and there are various life stages to go through – the book is not just comedy. There is a satisfying ending, but also room for sequels, and there is now talk of an Aisling film.
These are some of my favourite lines:


‘Where I’m from, a heifer, especially if it’s in calf, is a solid and very common Confirmation-money investment. I made a packet on it in the end. But it always falls on deaf ears, and they just end up creasing themselves laughing.

A neighbour has brought round a plate of


...little triangular ham sandwiches. She puts Ballymaloe relish on them, in case anyone forgets she’s Protestant.

Aisling is not sure she wants to start dating:


I’m not sure I’m ready for all the leg-shaving and pretending I care about how many sisters he has and all that.

On waking up late in a hotel:


‘John,’ I whisper, ‘my voice shaking. ‘I think we’re going to miss the hotel breakfast.’ As quick as Clark Kent nipping into a phonebox, twirling and suddenly transforming into Superman, John’s out of the bed, stumbling in the half-darkness… ‘It’s included in the price?’ he asks, his voice husky. ‘The breakfast?’

And then there’s the important distinction between going Out, and going Out Out – see above, the dress is for Out Out.

Non-Irish readers might not get every detail of the jokes, but we get the point, and we can substitute our own local terms, we know why it is funny. There is a lot in the book about weddings and wedding planning – some of it is deeply familiar, some details are completely strange: it’s like Edith Wharton for the modern age.

And it is hilariously, laugh-out-loud, funny, and there isn’t a mean moment in it, and I hope there will be many more Aisling books.

****ADDED LATER:  As someone points out in the comments below, I failed to give credit for the illustration, which comes from the The Vivienne Files.

I found it elsewhere, but have now seen the blog, which describes itself as

'a unique personal style blog with carefully-selected capsule wardrobes based on color palettes drawn from works of art, nature, and more. It helps women buy less clothing, and to love what they buy.'

And that's exactly what it is - it is a lovely blog, well worth a visit, and I apologize for my earlier omission.