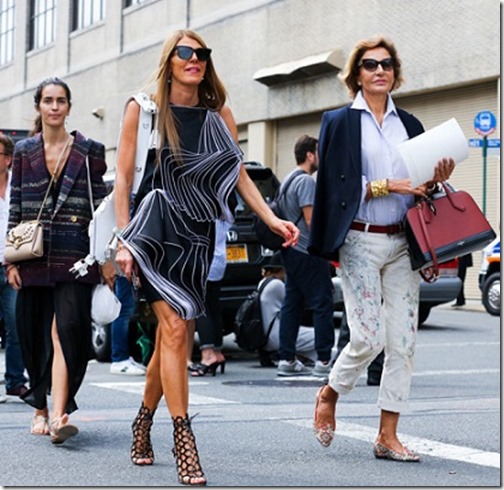 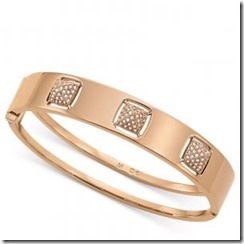 Bess had placed a tray of possibilities on her desk next to the tray for Judy and the Technicolour Housecoat, Margot’s inspired shoot for the November issue about a bored suburban housewife who decides to eat a fistful of magic mushrooms and Scarlett O’Hara some clothes out of every goddam upholstered object in the house. 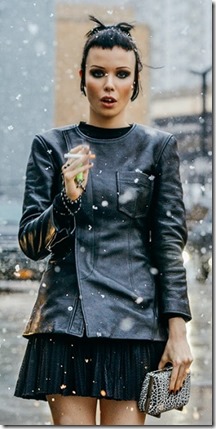 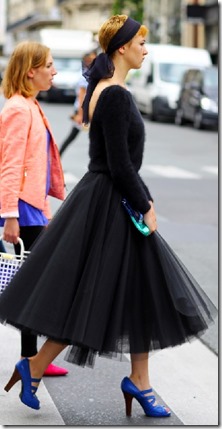 The base layer was a crisp black cotton mid-length dress with a full skirt and neckline that plunged… with her shorn hair, thick black eyeliner, block sunglasses and the rectangular leather backpack she’d brought as a carry-on, Cat looked like a terrorist sent from the future. 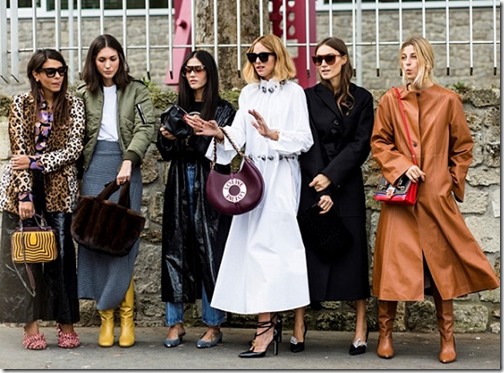 commentary: My friend Sarra Manning recommended this one to me (see her excellent book After the Last Dance on the blog) – she said I’d love it and she couldn’t have been more right. Of course a book set in the NY and Paris fashion world, a crime novel at that, will appeal to me – but it is so much more than that.

It bears a strange resemblance to a non-fiction book recently guest-blogged here: How to Murder Your Life by Cat Marnell. The titles could pretty well be reversed, and the heroine of I’ll Eat When I’m Dead is actually called Cat: at times I almost forgot they were different books.

Real-life Cat wrote about her work on New York fashion mags, and her spiralling addictions and honest over-sharing online. Fictional Cat is holding things together a bit better, but is worried about certain events at the fashion mag Rage, and the death of her mentor. The book is set in the very near future, and jumps around following the fashionistas from their Manhattan apartments to the state-of-the-art offices, to the huge parties and special events, to art installations and fashion shows, and eventually to Paris. It IS a crime story, but it is a very unusual one, and Bourland has – wrapped up in her designer fairtytale – some sharp points to make, and most interesting messages about the state of the world now. She has tackled social media and the online world head-on, and takes for granted a situation where everything is online and accessible, and where it is hard to keep any secrets.

And of course the clothes – described in enough detail even for me – are beyond fabulous: I loved them. I couldn’t hope to find pictures to illustrate directly, so instead have gone for a selection of pictures of NY and Paris street style round the time of their Fashion Weeks. 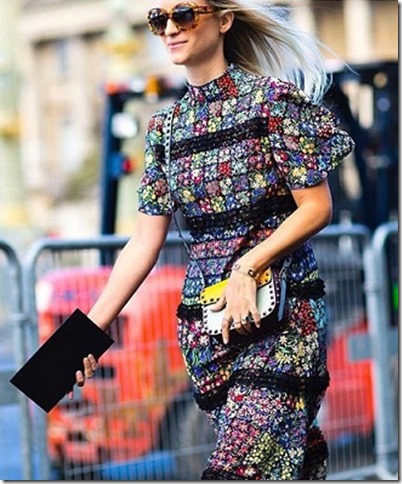 I loved the book: I loved its combination of high fashion and high seriousness: as the guest blogger pointed out, it’s vanishingly rare to find an account of real women’s working lives, a book where women take their jobs and careers seriously: both these books do that – ironically in a world that many outsiders would dismiss as not-real-work.

The book looks at issues of feminism, size-ism and eating disorders, with particular relation to fashion, and also looks at ethical manufacturing. Bourland knows that people want there to be no sweatshops, but they also want cheap clothes.

She faces up to women’s desire to do great things in the world, and their equal interest in the way they look and dress.

Here is Cat explaining to her assistant that she went to a girls-only school:


“We ate real food, played sports, spent a lot of time outside.”

“But how did you get into college?” Molly asked. “Didn’t you need to be, you know, the best or whatever? I’m not saying bulimia makes you ‘the best’; it’s just, you know… a real Type A thing to do. Like… being organized.”

And a few pages later we learn that vodka – ‘really cheap vodka, comes-in-a-plastic-bottle cheap’ – is useful for taking the body odour out of anything that hasn’t been dry-cleaned.

This book goes everywhere. A fashion maven’s way of disguising herself is to dress in cheap clothes and sip at:


A venti Starbucks paper cup with “double caramel latte whip” written on the side, though it held plain black coffee… as good as wearing an invisiblity cloak.

This book is marvellous: I’m sure it will be dismissed by some as just more Sex and the City or The Devil Wears Prada, but Bourland is a brave, clever writer with something to say. I will be fascinated to read whatever she writes next.