Tuesday Night Club: A is for Anything….


The Tuesday Night Bloggers are a group of crime fiction fans who choose a different topic each month, then write a weekly post on it. We took March off, and now we are BACK. The theme is 'A is for April, A is for Anything'. We can take the A any way we want to. So look out for some varied blogposts.

And of course please join in if you would like to – one-offs and casuals always welcome.

This month I am collecting the links, so just let me know (in the comments below or on Facebook) if you have anything to add.


KATE AT CROSS-EXAMINING CRIME looked at Antiques and Murder, with the book Murder is a Collector's Item by Elizabeth Dean.

BRAD FRIEDMAN OVER AT AH SWEET MYSTERY chose (unsurprisingly) Actors and Agatha as his topic - he brings us some Acerbic Analysis.

For my first post, I have chosen to look at what turned out to be one of Patricia Wentworth’s best books, with a nice big A at the beginning of the title.


Anna, Where Are You? by Patricia Wentworth 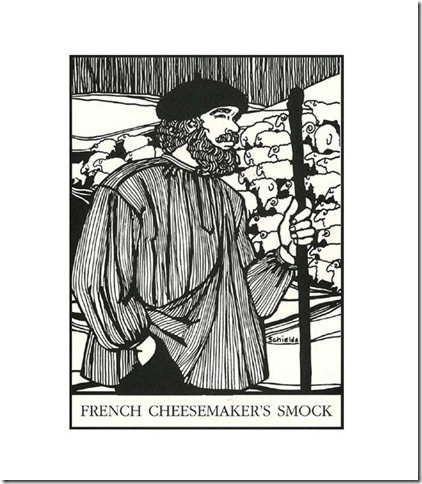 ‘An eye like Jove to threaten and command. Very Jovian altogether. A brow and a good deal of hair. Looks like a tall man till he stands up. Quite a presence. The serious crank with Views and a belted blouse.

[Later] Mr Craddock appeared, very Olympian in a belted blouse of white wool. In the dusk of the passage this was as much as could be seen, but as the children vanished with loud quacking noises and he ushered her into the room from which he had emerged, Miss Silver perceived that his costume was completed by corduroy trousers of a rich shade of crimson, and that the blouse itself was a work of art embroidered with a number of figures which she presently discerned to be the signs of the Zodiac. 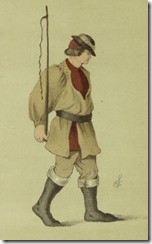 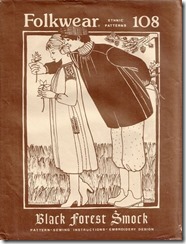 Miss Elaine, small and thin in a pea green smock, and Miss Gwyneth, larger and inclined to billow in a sacklike garment of peacock-blue, were both all that was welcoming and kind…They fluttered a good deal, assisted by a flowing of scarves and a jingle of beads. With her pea-green smock Miss Elaine wore a necklet of blue and silver beads from Venice and a long string of Chinese amber, whilst Miss Gwyneth’s peacock curves supported a short row of cornelians and two longer strings, one of pink coral and the other filagree silver and amethyst. 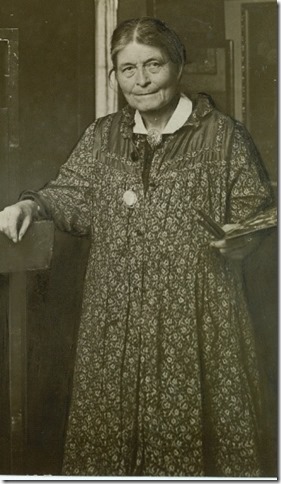 commentary: A couple of people recommended this one to me, including trustworthy Lucy Fisher – so I was not surprised to find that this is the best Miss Silver book I have read. It has an interest and unexpectedness, a drive, not always to be found in this series: a most enjoyable read.

Anna has gone missing - disappeared in between jobs as a companion or governess. Her only friend, Thomasina, is anxious to find her, and ends up consulting Miss Silver. It is hard to explain why Miss S’s next move is to go and work as a Mother’s Help (£2 a week, all found) for a miserable family in a vaguely artistic Colony: but the reader does not complain, because this undercover work is quite splendid, a fascinating departure.

(And along the way, we find out an intriguing employment detail about companions: ‘you would be legally obliged to pass on the reference you had with her if she did not stay with you for longer than a month.’)

This is far from the usual Silver set up of reduced gentry and nouveau riche in country manors: everyone lives in great discomfort, and they drink herbal tea, and the children are not being disciplined, so we know something is badly wrong. One character refuses to let another kiss her children goodnight, so we’re prepared for the worst about him.

Wentworth makes much of the weird clothes, and also of the even weirder food they all eat – savoury cake tasting of sage, and horrible sandwiches.

There is a mysterious character, and references to Enoch Arden – strangely, just as in Agatha Christie’s Taken at The Flood a couple of years earlier. His name is Robinson, despite the fact that there are other characters called Robinson in Miss Silver’s life, a carelessness that I find annoying (I complained when she did the same in The Benevent Treasure.)

Miss Silver coughs 19 times in this book – we’re keeping something of a count.

She is firm on the subject of a fancywork shop that features in the plot:


‘Fancywork shops are often run in quite an easy going way. It is considered a refined occupation by those who have had no business training.’

She also ends up going to a roadhouse with her policeman friend Frank – another great CiB favourite subject, but really the louche atmosphere, low lighting and discreet corners of the place seem all wrong for Miss Silver, even if she is undercover.

This is a sharp and at times funny book – I liked this:


Mr Craddock found Miss Silver regarding him in a manner so little suggestive of admiration as to cause him annoyance.

--although she is a little too predictable on the subjects of child-raising, socialism and healthy eating.

The clothes are tremendous fun, and quite different from the usual nice summer dresses and changing-for-evenings in the Wentworth oeuvre. I am fascinated by the ‘belted blouses’ and did considerable research: the phrase (in menswear) applies to peasant smocks, the overalls worn by French railway porters in the first half of the 20th century, or parts of US Air Force uniform. They turn up in Charlotte Bronte’s Villette, and in Dickens – always worn by continentals. The pictures are the best I can do, though sadly no signs of the Zodiac.

The artsy sisters resemble the women in Agatha Christie’s Dumb Witness (a 1937 book) – I direct interested readers to the blogpost here for the spiritualism, the vegetarianism, and Poirot’s somewhat unexpected comments: all would apply equally to the sisters here.

There is some looking into a crystal ball, if not actually my great favourite, a séance.

And one of the helpful locals has a nice way of describing the changes in clothing and appearance that he has seen in his time:


When he was younger he would have known just how to place the lady, but now of course there was no telling – she might be anyone. You couldn’t be sure that your own nieces and cousins wouldn’t turn up looking as if the less said about them the better.

There is also a mysterious red hat – as Miss S says


From the first I have thought a good deal about that red hat.

This one is from 1921, so 30 years earlier, but it seemed the right kind of hat for drawing attention while hiding the face… 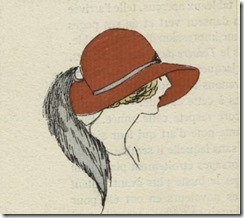 
So all round, Anna was a great start to a month of As...

Plenty more Patricia Wentworth on the blog – click on the label below. The children were very reminiscent of those turning up in the Jane Duncan books from time to time, and there was some discussion of the role and misery of companions and governesses, bringing Miss Pettigrew to mind.

The woman in the smock has the look of an arty sister – the picture is of artist Bertha Wegmann from the Royal Library of Denmark.

The worker in a smock is an illustration for 15th century peasants from the NYPL.
Folkwear ethnic patterns are from a much later date, but  along the right lines.

A is for April Anna Where Are You? belted blouse Miss Silver Patricia Wentworth smock Tuesday Night Bloggers