A Xmas Show: The Nutcracker


Every year I do a series of Xmas entries on the blog, helped and encouraged by suggestions and recommendations from my lovely readers. You can see some of the pictures in this entry, and find (endless!) more Xmas books via the tags at the bottom of the page. 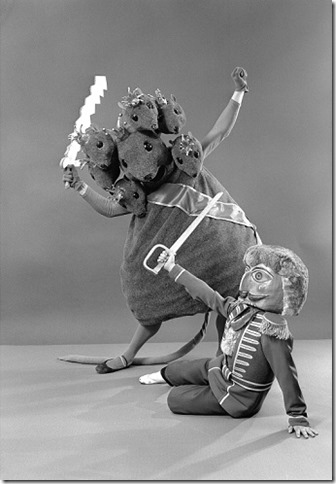 ‘We begin with a scene in old, old St Petersburg – Leningrad now… The first scene is the Salon of the little girl Clara’s parents. It is Christmas Eve; footmen are lighting candles on an enormous Christmas-tree – this Christmas tree is an important part of the magic. There is a table piled with presents. 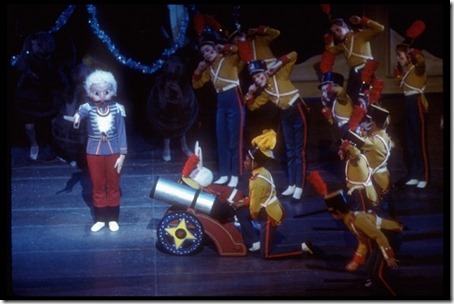 ‘The guests begin to arrive, boys and girls with their mothers and fathers. The children dance, and here,’ said Yuri, ‘I am putting in a short dance for Clara and her friend Sophie, just for the two of you.’ Which two? Which? Heads turned from girl to girl. Yuri appeared not to notice. He told of the Magician who gives the Nutcracker – which is in the shape of a soldier – to Clara, and of the battle that night between the Rats and the Toy Soldiers. ‘You eight girls who will be chosen to dance the Rats may at first feel disappointed. Who wants to dance a rat? But it is wonderful dancing, wriggling, squirming, pouncing, clawing.’ Yuri demonstrated as he spoke and so funnily that they were helpless with laughter. Then he said seriously, ‘There is, in all of us, a feeling of wanting to be bad and cruel, and you can be as mischievous and cruel as you like… 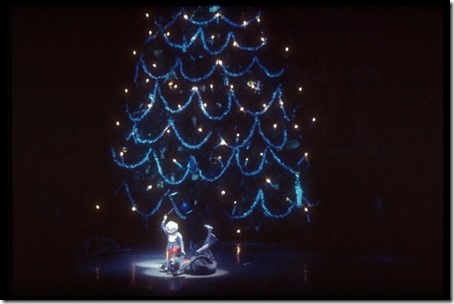 He told them of the snow scene. ‘The corps de ballet are snowflakes when Clara is whisked away in a golden sleigh, the Nutcracker having turned into a handsome prince. You can see how handsome,’ said Yuri. ‘He is me,’ and He’s showing off, thought Doone. This was not the comradely Yuri he knew, but a tremor had run through the girls, even though each was determined not to show what she was feeling – except Crystal, who sat rapt, her arms round her knees, her eyes like blue stars fixed on Yuri. ‘I am telling you so much of this first Act because it is the one some of you will dance in – some of you,’ said Yuri. 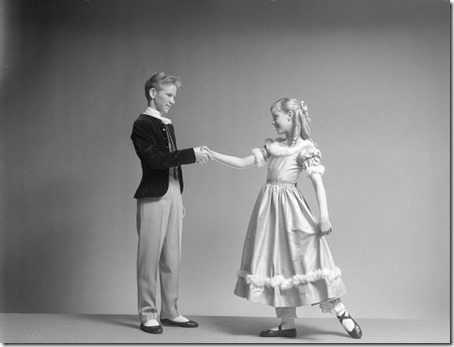 commentary: When I was looking for pictures for this excerpt, I was drawn to black and white ones because they seemed more appropriate – because this book feels as though it was written and set in the 1950s. But actually it is contemporary with its publication date of 1984 – you have to keep reminding yourself, or Godden mentions ‘transistor radios’. It feels much older.

The four most talented dancers are all going to compete to play Clara in the Nutcracker, and will also be hoping to catch the attentions of the super-charmer Yuri. The book shifts in tone slightly uneasily, unsure if it’s for children, teenagers or adults – when I read it I didn’t know which it was first published as - but it IS a children’s book. There are moments of complete fairytale and romance, and other sections which are tough and real and convincing. You just have to give in to this book and enjoy it. I did – I read the whole thing through in one day.

The Nutcracker is much more of a Christmas tradition in the USA than in the UK – well, no-one else has pantomime, (explanation and more links here on the blog) which seizes the energy and talents of the British. So the pictures are from the NYPL, the Billy Rose collection. There were literally hundreds of Nutcracker photos – I would like to have used more of them, but restrained myself.