The Tuesday Night Bloggers - a loose grouping of crime fiction fans who are choosing an author each month to write about – landed on Ngaio Marsh for December. Tied up In Tinsel was an obvious choice, but it was also obviously a Dress-Down-Sunday choice, so I’m jumping the gun this week.

This month, I have volunteered to collect links to the posts on my blog each week – so please tell me if you are taking part. I should add that all are welcome – there are no entry criteria and there is no commitment. If you just want to write one post about one book you will be as welcome as someone writing every week for a year – just join in and send us (me) the link.

Last week’s collection of links, including my own, is here

Week one is here


Embarking on this project, I found that Ngaio Marsh had written 32 books from 1934 to 1982. I decided for the Tuesday Night Club that I would divide those neatly into four groups of 8, and pick one from each era. The first week I did Artists in Crime. Then I looked at Surfeit of Lampreys, AKA Death of a Peer. Last  week the book was Hand in Glove, from 1962. Now we’re moving onto the final quarter of her career, with this 1972 book.

Tied up in Tinsel by Ngaio Marsh 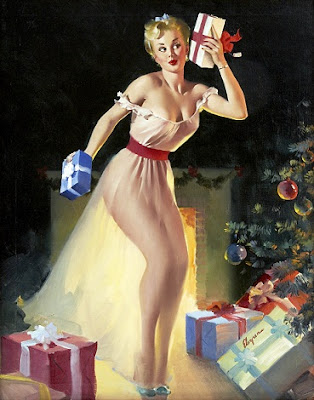 A second later, from somewhere distant and above him, a woman screamed. He switched on the gallery lights and ran upstairs.

Cressida came galloping full tilt and flung herself at him. She grabbed his arms and he gave a yelp of pain….

“All right,” he said. “You’d better just sit on the step and get hold of yourself. Good. That’s right. Now, please stay there.”

She crouched on the top step. She was clad in a short, diaphanous nightgown and looked like a pin-up girl adapted to some kind of sick comedy.

The check system on the stair lights cut out and they were in near darkness. Alleyn swore and groped for a wall-switch. At the same moment, like a well-timed cue in a French farce, the doors at the far ends of the gallery opened simultaneously, admitting a flood of light. Out came Troy, on the left hand, and Hilary on the right. A row of wall-lamps sprang to life.

“What in the name of Heaven—” Hilary began but Alleyn cut him short. “Cover her up,” he said, indicating Cressida. “She’s cold.”

“Cressida! Darling! But what with?” Hilary cried. He sat beside his fiancée on the top step and made an ineffectual attempt to enclose her within the folds of his own dressing gown. Troy ran back into the guest-room corridor and returned with an eiderdown counterpane.

commentary: When I was looking at Christmas books last year, my good friend Margot from Confessions of a Mystery Novelist suggested this one as a seasonal murder story. Which it is, in spades. Inspector Alleyn’s wife Troy is painting the portrait of a wealthy businessman at his country home over Christmas. A varied family party is assembled, and there are worries about the staff, who are all rehabilitated criminals. There is a Xmas party for the local children – time to bring out this favourite picture, which I think I use every year: 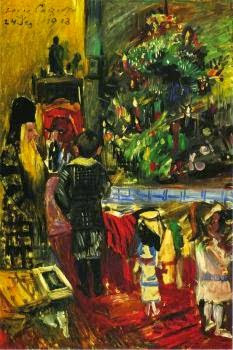 --- with a guest dressed up not as Fr Christmas but as a Druid, in robe wig and beard. But after the party is over, someone is missing. It’s all a worry, and not very festive. Outside, the snow is falling, the scarecrow flaps in the wind in the empty fields, and a snow memorial has been built. Where can the lost man be? Luckily, Alleyn can come and sort everyone out.

It’s not the best book Marsh wrote – it reads at though it was set in the 1950s on the whole, then every so often she lurches back to the actual date of the 1970s. I was never able to work out how old the owner of the stately house, Hilary, was meant to be. But there’s some splendid night prowling and activity – the inhabitants of the house have a tendency to look out the window and see something creepy and mysterious. I have said that the scene above is on Christmas night, but I could be wrong – very difficult to keep track of the days in a seasonal murder, I find.

Marsh can be very funny, and I particularly liked the point where there was an anonymous note questioning the virtue of a very well-born, upright, elderly lady, all tweed and woolly cardigans and foibles – far from being upset and shocked, the woman is quite pleased:


'Impertinent, yes. Unfounded, of course. [But] not so far-fetched as you may suppose.' A reminiscent gleam, Troy could have sworn, came into Mrs Forrester's eye.


Cressida, the young woman above, is Marsh’s idea of a 1970s young woman, and she does have some fine clothes apart from the diaphanous gown:

· She wore a metallic trousered garment so adhesive that her body might itself have been gilded.

· A green velvet trousered garment, split down the middle and strategically caught together by an impressive brooch

· Cressida was… clothed in a sea-green garment that stuck to her like a limpet where it was most explicit and elsewhere erupted in superfluous frills.

So –a nice seasonal atmosphere and it gets a pass as being a good Christmas read, with all the proper features of snow, country house, dark passages, secrets, and sinister servants.