---- because you can never have too much 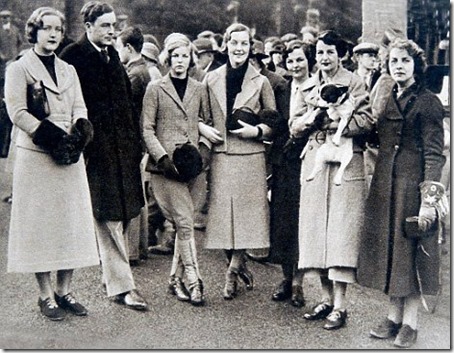 ‘Take six girls, all of them rampant individualists, and let them loose upon one of the most politically explosive periods in history. That is the story of the Mitfords. It is like a social experiment, the results of which would have staggered even the most imaginative scientist, and no small part of its fascination lies in the fact that the experiment can never be repeated. Never again will there be six such girls, raised in such a way, at such a time.’

Laura Thompson has a new book out about the Mitford sisters, and those are the opening lines. I will just about always read something about the family, and I also always enjoy Laura Thompson’s style.

She picks the best people to write about: her book on Agatha Christie is mentioned in blogposts here and here and here – and though it is speculative, and relies a lot on the Westmacott novels, I think it’s very good. This entry is partly about her book on Lord Lucan. I am quoted, very briefly and anonymously, in the Lucan book: not because of my great expertise, but giving a point of view about the public reaction to the case.

Thompson’s Mitford book is also excellent: she really understands her material, and she sets it out well – it’s a long complicated story, but I thought she covered it exceptionally well.

2) And of course Thompson has already written a biography of Nancy Mitford, Life in a Cold Climate (mentioned in this Mitford list) – again, a decisive and opinionated work. I used rather to disapprove of biographies where the writer made their views clear – in Thompson’s case she actually says ‘oh, Nancy’ when her subject does something foolish. But now I feel – well I know all the facts about the Mitfords (it would be a rare book that revealed something new to me *) but I can be very interested in someone else’s interpretation of them. The new book doesn’t just rehash the Nancy book – she has a lot to say on all the sisters. Thompson has the huge advantage of having talked to Diana and Debo before they died.

* To this extent: one recent book (not Thompson’s) has Nancy M making friends with Marlon Brando in 1950s Venice. I venture to think this is wrong – NM had a friend called Count Brando Brandolini, and always referred to him in letters as Brando, and I wonder if the writer has misread that.

3) I did a comprehensive blog entry and list on the Mitfords just over a year ago, when the last of the sisters – Deborah, Dowager Duchess of Devonshire – died. Surely someone is planning a biography of her, and perhaps one that dishes the dirt? As the last survivor she could maintain her own image nicely… 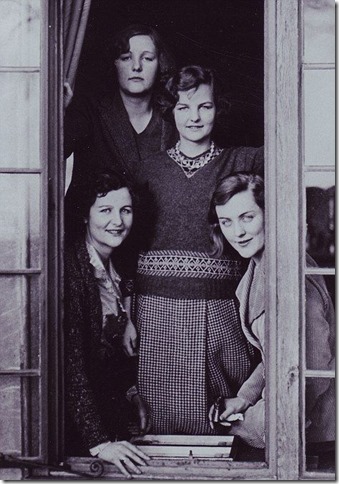 4) And that’s one thing that’s very obvious about the Mitfords, particularly obvious when you read the collection of the letters among them – they are very keen on their image, and on handling it and promoting it. Of course they never admit that – they all sigh, and wish it would all go away, and it’s so vulgar and common. But my how they love it. And of course they really want to control it: they are shocked! shocked! by how interested everyone is in matters that they consider to be private (their connections with Hitler) but really I have no patience with them. If they’d ever shown any reluctance about being in the public eye for nicer reasons, you might sympathize. But they loved the public eye when it meant books sold and money in the coffers.

5) All of them, apart from Jessica, seem to have had a massive sense of entitlement - any reading of their letters shows this. Jessica was the communist sister, in contrast to Diana the fascist and Unity the Nazi. Nancy claimed to be roughly left-wing, but really hovered somewhere in the middle.

6) There have been two British TV versions of Nancy Mitford’s two great masterworks Pursuit of Love and Love in a Cold Climate (under the 2nd title) - aren’t we overdue another attempt at dramatizing the books…?

I should like to be consultant on such a venture.  For example, I would tell the makers that the first series made the mistake of making Fanny rather too dowdy – although she constantly tells us how dull and provincial she is, it’s no use making her too pudding-y, because then she is not at all believable as the good friend and confidante of the other characters. In the book she is sharp and witty and fun. The most recent version had the marvellous Rosamond Pike (since gone on to great stardom) play her – excellent choice.

And as I have said before – like a new production of Pride and Prejudice, the story of the Radletts of Alconleigh gives the young actresses of the UK the chance to play one of the sisters. And I have also suggested that Rupert Everett should play Lady Montdore.

This blog entry – the original Mitford Sisters list – gives a brief introduction to each sister, and names some of their key books, & books about them. It also gives links to other Mitford blog posts, including the Guardian piece I did on Love in a Cold Climate, for a series on comfort reads, and a list of books-about-young-women, where Nancy's books (of course) feature.