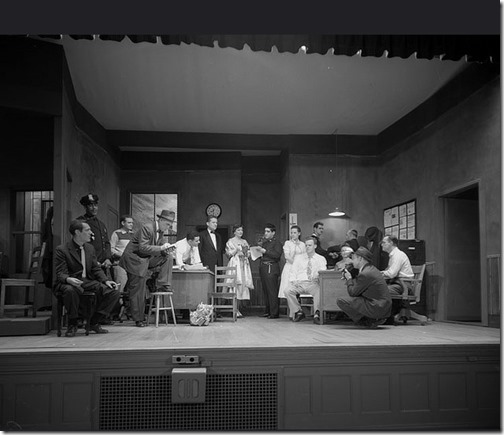 Once again Christine Poulson and I are doing one of our joint lists – see previous lists and links here. We decided this time to go for books with theatrical settings, a genre we both love.

So here are my top 10 books set in or around a theatre - and you can see Chrissie's list here.

The links in the piece are to blogposts on the books: 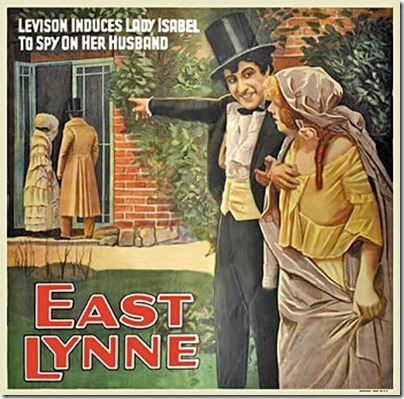 1) I am unashamedly picking Chrissie’s own book: Stage Fright by Christine Poulson. It’s one of her series of Cassandra James mysteries, and my blogposts on her excellent and underrated books are the reason we became online friends. Stage Fright concerns a group of people putting on a modern production of the classic Victorian melodrama East Lynne – this is what I said about it: ‘this is excellent, with its restored Victorian theatre, mysterious figures in cloaks, bustling backstage atmosphere, and array of temperamental characters. And Poulson certainly makes you feel you would love to see this modern production.’

2) W Somerset Maugham’s Theatre, republished as Being Julia when the film of the story used that title. I love this book, and also the film – both are truly excellent. I think Maugham is another underrated writer, and one who does marvellous women characters, much better than other writers of his generation. Julia is a fabulous creation: a great actress who is aging and wondering what the future holds, but who isn’t going down without a fight. The scene where she upstages a young actress is hysterical, and perfectly reproduced in the film – one of the funniest scenes ever, in both. 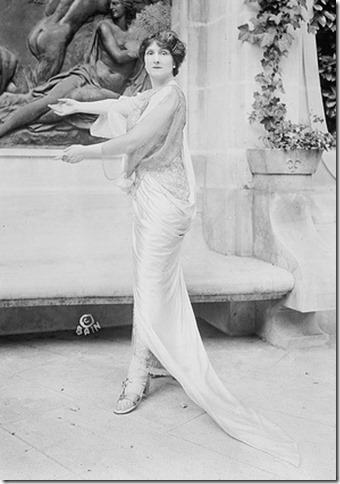 Julia being rather grand

3) Pretty much the entire oeuvre of Noel Streatfeild – most of her books had theatre settings. But I will go for Ballet Shoes, as one of my favourite books of all time, one I have been reading regularly for more than 40 years, a Desert Island book. 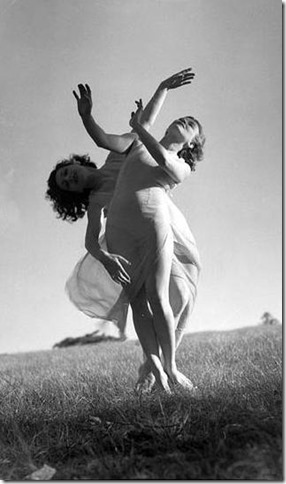 4) Marina Endicott’s The Little Shadows, with its completely enveloping world of vaudeville in Canada at the beginning of the 20th Century. Why this book isn’t an accepted classic is a mystery to me. 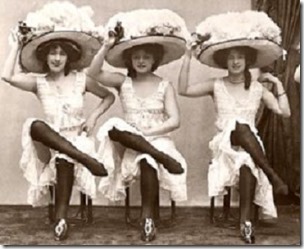 The Belle Auroras in Endicott’s book


5) I love the school stories of Antonia Forest, (written in the 1940s, 50s, 60s, 70s, 80s) for many reasons, but one is that she does wonderful descriptions of schoolgirl productions. There’s Prince and the Pauper in Autumn Term, the utterly wonderful Nativity Play in End of Term, and The Tempest in Cricket Term.

6) Georgette Heyer’s Envious Casca isn’t bad as a murder story, but as a novel of manners it is perfection, and outstandingly funny. There is an extended scene where an advanced young playwright insists on staging a reading of his new work during a country house party. As I said, ‘The general feeling is that play-reading is possibly worse than murder, and the surprise is that the author wasn’t the victim.’ The scene advances character and is an integral part of the plot, but it is also extremely funny.

7) Ngaio Marsh, with a long theatrical history of her own, did several books set at performances. I have chosen an early one, Enter a Murderer, this time, though as I work my way through her books this may be replaced in my affections. And I’m going to sneak in her Colour Scheme – which is set in a thermal spa hotel in New Zealand, and has a Great Actor and his entourage visiting, to splendid effect.

8) Pamela Brown, The Swish of the Curtain. I loved this book, and its sequels, as a child. It doesn’t have the sophistication of Noel Streatfeild, and you can tell that the author was around 16 when she wrote it, but - I had and have absolutely no stage talent, and no interest in sewing, but to this day my heart beats a little faster when I read a description of penniless young theatricals skimping and striving to make a costume or an audition dress. Pamela Brown made you feel that you too could put on a play with your teenage mates.

9) Wise Children is my favourite Angela Carter book. Carter features lots of theatres and productions in her books, but this one is the best, with the lovely twins and their rampage through the various media of the 20th century, from music hall to Shakespeare to end-of-the-pier to F Scott Fitzgerald.

10) Dud Avocado by Elaine Dundy. I love this book, and heroine Sally Jay Gorce’s terrible theatrical experiences are very entertaining. But the real reason she has to be in this list is that she says “The question actors most often get asked is how they can bear saying the same things over and over again night after night, but God knows the answer to that is, don’t we all anyway; might as well get paid for it.”
And, in the early days of the blog, I wrongly attributed this quotation to a different fictional character (I have edited the piece now) so it seems only right to give Sally Jay back her line.

Chrissie and I didn't have books in common this time - check out her list here.  But we both noticed that, surely surprisingly, Agatha Christie didn’t set any books in a theatre (there’s a short story based on a performance of the opera Tosca, a cabaret act is important in Lord Edgware Dies, and there are actors all over the place). Also, Josephine Tey was more famous as a playwright than a novelist when she was young, but although the theatrical world is always impinging at the edges of her books, and there is a recurring character in the famous actress Marta Hallard, there are no actual theatre settings.

I had trouble keeping this list down to 10 – there are so many great books set in theatres. Please make good on my omissions, and add your own ideas below.