Agatha Christie was born on September 15th, 1890, so to celebrate her 125th anniversary there’ll be a week’s worth of blog entries on her books, her life, and a book that influenced her….

Death in the Clouds by Agatha Christie 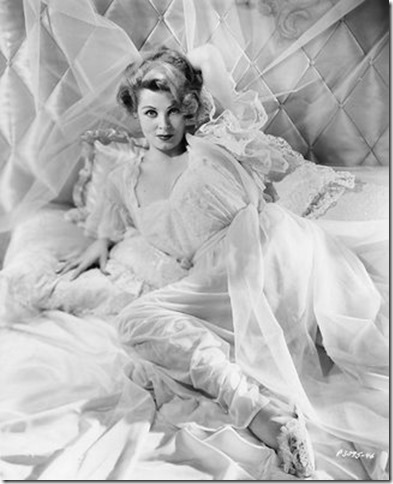 [Lord Horbury needs to talk to his wife, a former chorus girl]

He tapped at a door and waited for a minute. From inside the room a clear high voice cried out, “Come in!”

It was a wide beautiful bedroom facing south. Cicely Horbury was in bed - a great carved-oak Elizabethan bed. Very lovely she looked, too, in her rose-chiffon draperies, with the curling gold of her hair. A breakfast tray with the remains of orange juice and coffee on it was on a table beside her. She was opening her letters. Her maid was moving about the room.
Any man might be excused if his breath came a little faster when confronted by so much loveliness, but the charming picture his wife presented affected Lord Horbury not at all.
There had been a time, three years ago, when the breathtaking loveliness of his Cicely had set the young man's senses reeling. He had been madly, wildly, passionately in love. All that was over. He had been mad. He was now sane.

[After talking to his wife, Lord Horbury goes for a walk]

Cramming an old fishing hat on his head, he left the house accompanied by his dog… He was walking along a narrow lane… when he met Venetia Kerr on her bay mare.

Venetia looked her best upon a horse. Lord Horbury looked up at her with admiration, fondness and a queer sense of homecoming. 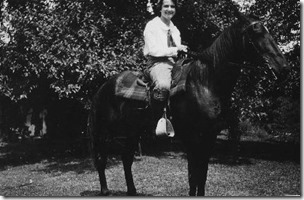 observations: The blurb on my paperback copy starts like this:


Murder over the Channel: As the luxury air-liner Prometheus sped towards Croydon, Hercule Poirot, with his usual eye for detail, studied his fellow passengers.

Such a good old-fashioned book in so many ways.

The details of air travel are intriguing – no smoking, and no free snacks. And I was interested that some of the passengers were grouped round tables facing each other, like a modern British train – you never see that on planes these days (not in the class I travel in anyway) and my memories of this book had everyone in the classic, usual lines, all facing the same way, which does make a difference to opportunities for murder.

But I don’t think the details of the crime are the main point here - this is one of those books where the picture of life is more interesting. The man in the periwinkle-blue jumper, the horrible French-style hair salon, the detective story writer doing his thing, the wicked French blackmailer and moneylender, the use of ‘flapjack’ for a compact. Jane Grey, who works in the salon, is the chief female character: going on a smart holiday she tarts herself up:


Clothes presented small difficulty. Jane, like most London girls employed in smart places, could produce a miraculous effect of fashion for a ridiculously small outlay. Nails, make-up and hair were beyond reproach.

I was reminded of Death in the Clouds by my good friend Margot Kinberg, proprietor of the excellent Confessions of a Mystery Novelist blog. I recently wrote about a book where a certain Englishman is shocked by a woman wearing a flowing dress:


not tweeds and brogues as his wife would wear – he is missing his sensible wife Molly, who has a good seat on a horse and looks nice in a suede jacket.

Margot – sharp-eyed and with an excellent memory – said that this reminded her of Lord Horbury in this book, who has the opposite problem (married to the flibbertigibbert, yearning for the horsewoman). Spot on Margot…

Earlier on, when the two different women attend the inquest, they are described like this in the newspapers, hilariously making the same point:


Lady Horbury wore one of the new collegian hats and fox furs.

Venetia Kerr… wore a well-cut coat and skirt with one of the new stocks.


- a stock in this case being a kind of neck-scarf, that you would properly wear while hunting. I tried to find out if collegian hats are a real thing, and could find no reference to them as a women’s fashion (perhaps a reader can help me). There is a man’s top hat with that name, but frankly you’d be hard put to explain the difference between a collegian and any other top hat (it’s bottom left): 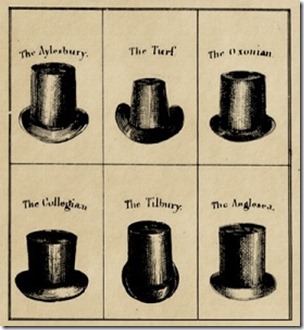 The top picture is an actress called Arlene Dahl; the woman on horseback is from the Helen Richey collection.