Agatha Christie was born on September 15th, 1890, so to celebrate her 125th anniversary there’s going to be a week of entries on her books, her life, and a book that influenced her….

The Hollow by Agatha Christie 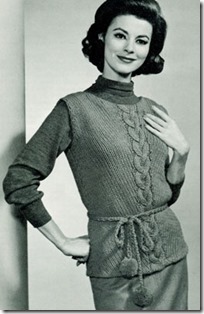 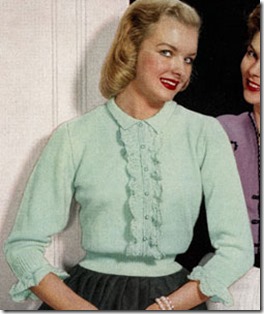 [Lady Angkatell is discussing a forthcoming houseparty with Midge]

“Henrietta will help a lot with poor Gerda. She was simply wonderful last year. That was the time we played limericks, or wordmaking, or quotations - or one of those things, and we had all finished and were reading them out when we suddenly discovered that poor dear Gerda hadn't even begun. She wasn't even sure what the game was. It was dreadful, wasn't it, Midge?"

"Why anyone ever comes to stay with the Angkatells, I don't know," said Midge. "What with the brainwork, and the round games, and your peculiar style of conversation, Lucy."

"Yes, darling, we must be trying - and it must always be hateful for Gerda, and I often think that if she had any spirit she would stay away - but, however, there it was, and the poor dear looked so bewildered and – well - mortified, you know. And John looked so dreadfully impatient. And I simply couldn't think of how to make things all right again - and it was then that I felt so grateful to Henrietta. She turned right round to Gerda and asked about the pullover she was wearing - really a dreadful affair in faded lettuce green - too depressing and jumble sale, darling - and Gerda brightened up at once; it seems that she had knitted it herself, and Henrietta asked her for the pattern, and Gerda looked so happy and proud. And that is what I mean about Henrietta. She can always do that sort of thing. It's a kind of knack."

"Ah," said Midge. "But it goes further than saying. Do you know, Lucy, that Henrietta actually knitted that pullover."

"Oh, my dear." Lady Angkatell looked grave. "And wore it?"

"And wore it. Henrietta carries things through."

"And was it very dreadful?"

"No. On Henrietta it looked very nice."

"Well, of course, it would. That's just the difference between Henrietta and Gerda.'


observations: The Hollow is, I reckon, something of a fan favourite – much enjoyed by real Christie aficionados, people who have actually read the oeuvre in depth, as opposed to those who think they know what Christie writes about. (A recent article on Book Riot made bizarre claims about Christie’s books. A BTL commentor who suggested the writer was wrong was told off by a moderator. I despair sometimes.)

A common misconception is that Christie writes about country house parties among the aristocracy –  this is far from the case. She does sometimes write about people who live in the country, and have comfortable houses, and there is the odd minor title - but they are far from the nobility, and these are  not stately homes. The huge unnoticed point is that most gatherings of potential victims and suspects are family. She’s a great one for the rellies (as we commoners refer to our relations) and sees matters of inheritance and family love and control as the likely seeds of hatred and murder.

Now as it happens, The Hollow does revolve round a country house weekend party which is not wholly family-based, although several characters are related to each other. But even then, it’s not a traditional country house scenario - there’s the swimming pool, the cocktails, the movie star staying in a nearby cottage. It’s all more Francis Durbridge than Downton Abbey - confirmation comes from the book's dedication to 'Larry and Danae, with apologies for using their swimming pool as the scene of a murder'. This is Francis 'Larry' Sullivan and his wife - he was a successful West End and film actor friend who played Poirot on stage and appeared in other Christie plays.

Henrietta Savernake is one of Christie’s best and strongest females, and again one for the true fans, who tend to love her. She is a sculptor, and someone who has no problem with an affair with a married man. She cheats at cards ‘skilfully’ in a good cause. Christie totally makes you believe in her artistic talent, which is quite an achievement. The reader is left really longing to see some of her creations described in the book. (A comparable case is, I think, the pictures of Amyas Crale in Five Little Pigs, which also sound wonderful.)

The dialogue is sharp and brittle and atmospheric. The plot and explanation are interesting, and of course unlikely. The clues and sidelines are excellent, and there are several memorable characters, including the victim and Mrs Crabtree, both of them only really glimpsed, and others of the party are real and satisfying.  And Christie is accurate and acute about the likes of charmingly ethereal Lady Angkatell above (‘she’s not a bit kind… she’s rather cruel’). I love the sharp comments on the word games – such fun if you’re good at them, so horrible if you’re not.

The knitted jumpers are from the free vintage knitting pattern site.

More Christie entries all this week, and all over the blog at all times – click on the labels below for more.