The Golden Age of Murder by Martin Edwards 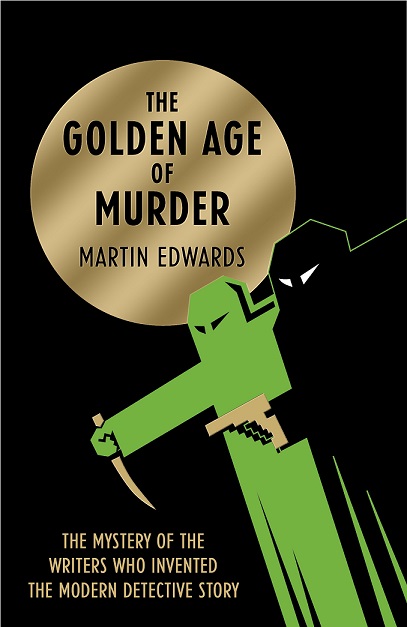 I have two complaints about this book: firstly, it has made me want to read and re-read about a hundred books from the era it covers, and I don’t have time. Secondly,  there isn’t a great deal about clothes in it – but I am breaking the rules and giving over an entry to it anyway.

In fact Martin introduced the book on Clothes in Books himself a couple of weeks ago, as a guest blogger. Now I’ve had the chance to read it myself, and it is fair to say that I loved it, I think it is a fabulous achievement. I would be pretty much guaranteed to like any book about Golden Age crime fiction, but this is a spectacularly good one.

When I first understood that the book would be based on the members of the Detection Club – a social and dining group formed by a self-selecting group of the writers – I was surprised and perhaps a teensy bit doubtful. But Martin totally justifies his decision. He must have worked very hard on the book: it has a very complicated structure – but one that is only hard for the writer: it reads beautifully and smoothly, it is very entertaining, and I raced through it in no time at all.

In the background there’s a complicated process: Martin tells the story of the Detection Club from its founding at the end of the 1920s. He also follows the careers of some of the major contributors – including Agatha Christie, Anthony Berkeley and Dorothy L Sayers – throughout the book, picking up and dropping their stories as he moves through time, returning to them later. Less famous and important writers are dealt with as they turn up chronologically. In addition, he looks at real-life crimes as they  influenced and inspired his writers. He takes time out to look at certain themes and questions raised in the books, such as miscarriages of justice and  whether murder is ever justified. He looks at contemporary events such as the Abdication of Edward VIII – which had the surprising effect of suppressing a potential Lord Peter Wimsey book. And he demolishes many myths about the Golden Age, which are usually promulgated by people who don’t appear to have read any, but think they know what type of books they are. 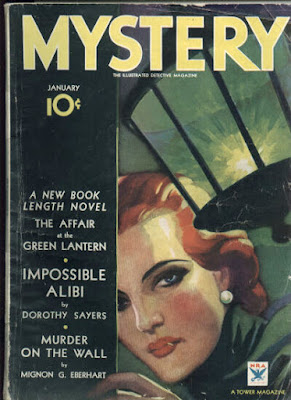 This sounds tremendously complicated –  and there is an incredible level of accuracy and detail – but the point is that Martin has done all the work so the reader doesn’t have to. You just read along, enjoying the fascinating stories, with all these amazing plaited strands going on in the background.

He describes the mystery books just enough,without spoilers, and he has uncovered all kinds of strange new stories and facts about the writers – I thought I knew the lives of Christie and Sayers, in particular, very very well, but he still managed to surprise me.

And the book isn’t just entertaining and readable – it’s hilariously funny at times, with a very dry wit on show. Possibly my favourite line in the book is about the Left-wing writers Douglas and Margaret Cole:

These were hectic years for radical activists, and on returning to live in London the Coles kept in touch with the working classes by engaging three servants.

And there is a tour de force look at the Crippen case, with the book showing how different writers reacted to it according to their own personal lives…

Every fan of crime fiction should read this book: it is a triumph.

I know that I will keep it to hand as a work of reference, but also I'm sure will re-read it frequently for sheer enjoyment.

Many, many Golden Age writers and books have featured on the blog: click on the Sayers and Christie labels below just for starters. You can check out other authors from the lists on the tabs at the top of the page, and there is one tab just for crime fiction.
Agatha Christie Dorothy L Sayers Martin Edwards The Golden Age of Murder