Plotting for Grown-ups by Sue Hepworth

[Sally is planning what to wear for a meeting, with the help of her friend Wendy]
“You should wear your indigo jeans and a black polo neck. But maybe not: you’ll be too hot today… Do you think you’d be too warm in that v neck angora jumper in ivory, cos it’d make you look really tactile, and he’ll be in agony. No – the rock chick look – aim for a Marianne Faithful take on it – she’s about your age. Wear the jeans, like I said, and two layered t-shirts, sheer ones, and that black jacket with the sleeves pushed up, and those funky feather earrings Sam gave you. And a bandanna – yes.” 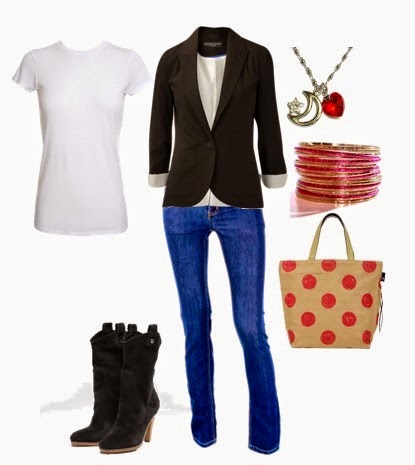 I did what she said, and put on lots of eye make-up as well.

Then I removed the bandanna and jacket and substituted my scarf with the swallow print, and my coat – the one he liked – but I started to sweat (dammit) so it was back to the jacket and bandanna. Crikey. It’s tough trying to look like Stevie Nicks.

observations: Surely most women would recognize this as the way we actually put together our outfits, as opposed to the manner recommended in the likes of Vogue? I found it very true to life. This is a delightfully entertaining book, following nine months in the life of a 60-ish writer living in the Peak District: it takes a diary form, though what it resembles to me is a broadsheet newspaper column of a certain kind – you could just imagine reading this story week by week. I think 10 or 15 years ago it would have been in a newspaper, but nowadays there isn’t room for this kind of thing: everything has to be more mean and snarky and strange.

The heroine, Sally, has a lot in common with author Hepworth, and as Sally produces her own book during the course of the novel, there are times when it seems as though it is going to collide with itself. We hear about Sally’s attempts to find a publisher, her decision to self-publish, and her on-off romance with her printer. It is like hearing a friend telling you about her life in weekly sessions, and is clever and amusing. Sally’s marriage has ended and she is very funny about the idea that


If I’d known I was going to end up single, I’d have done it a whole lot sooner. Marriage can be such a hard slog, and you have to compromise on so many things, so many things, just to keep the peace. I feel cheated to be ending up alone at this age.


The difficult business of telling your grown-up children that you are dating again is also an issue, for her and for her new love interest. One of her children keeps coming home, and she also has her brother staying, and the lovelife of friend Wendy (above) to keep track of, so there’s plenty happening. I am delighted to say that there are many many good, proper clothes descriptions: Wendy specializes in rather wild charity shop finds, including Union Jack shorts for the Queen's Jubilee year in 2012. 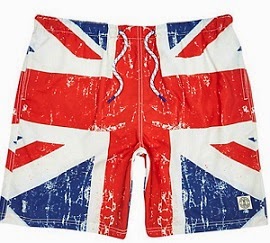 There is excellent use of blogging and tweeting – more so than in most books by much younger and allegedly more social-media-conscious authors.

Sally had the Mary Quant nail varnish Brazen Bronze when she was young – perhaps we all did, but I certainly did too.

This is a gentle, witty read: very enjoyable.

I have provided something of a collection of clothes for Sally: she likes the brand Toast, but can’t afford it, so here’s an extra outfit from the label for her here: 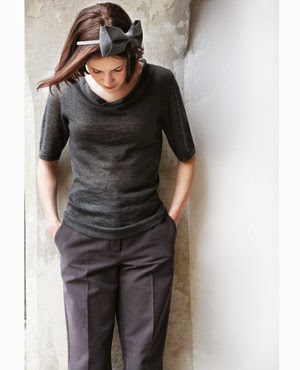