Last week’s list featured books about Older Women Winning Through. There were some great suggestions from readers, and quite a few of them were female detectives - some of whom didn’t quite make it onto my list.

So female detectives need their own list – and I’m going to divide them into two groups by age. It’s a pretty arbitrary division – in the end I decided that the women should be self-selecting. So if they consider themselves to be an older lady, they are on next week’s list. This week we have the young and wonderful. No sidekicks (sorry Amanda and Harriet), and (with one exception) they have to be part of a series. All of these were created by women, though that wasn’t a deliberate decision.

1) Ruth Galloway from Elly Griffiths' archeological mysteries. I love these books, and I love Ruth. And in any list of my favourite male detectives, the wonderful Harry Nelson would be there too – the thinking woman’s policeman. (And a list of favourite druids would include Cathbad). Two of the books, here and here, have featured on the blog, along with a short story.

wonderful series. She’s a wealthy married lady living in 1920s Scotland, who solves crimes together with her detective partner Alex, along with occasional help from her maid, Grant, and her dog, Bunty. Her husband puts in the occasional appearance, her children feature even less frequently. She is quite splendid, and wears wonderful clothes. Three Dandy books have appeared on the blog, and one of McPherson’s standalones.


3) Christine Poulson’s Cassandra James. Academic sleuth, mysteries set in Cambridge in colleges and museums and bookshops - what’s not to like? Wonderful stuff - click on the link to see more. And not only that, but I have got to know Chrissie online via blogging and a shared love of crime fiction and many other books – our tastes coincide so much, it’s unsurprising that I like the ones she writes so much.

4)  Antonia Fraser wrote about Jemima Shore - TV journalist and detective, and I loved these books, which are SOO redolent of the 1980s. Jemima was an excellent heroine – I wish Fraser would write us an update. Oxford Blood is on the blog here – the Sloanes, the Ball, the dresses. You could re-create the Thatcher era from this book. 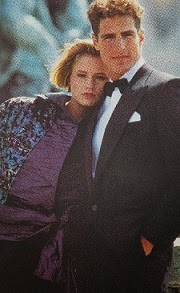 5) Sarah Caudwell and the women of the New Square Chambers at Lincoln’s Inn: Julia Larwood is my favourite lawyer in literature, and Selina is pretty good too. Julia is an expert on tax (though not her own), and she is messy, joyful, and likes young men. Her adventures in Venice are outlined in Thus was Adonis Murdered, one of my top 10 mysteries of all time. (There’s the question of whether Hilary should be on this list…)

6) Marion Keyes’ The Mystery of Mercy Close was a book I wasn’t expecting to love, but actually I adored it. It IS part of a series - she has written many books about one Dublin family, the Walshes – but so far as I know this is the only one where Helen Walsh is a private detective. I sincerely hope she will write more about Helen.

7) Gail Bowen’s Joanne Kilbourn No murderer will go uncaught in Regina Saskatchewan, where our favourite academic, TV personality and family woman goes about her business. She tells us what she eats and what her children are up to, and she has unashamed feminist and left wing views. Love her.


8) Sue Grafton’s Kinsey Milhone. Another star of the 1980s – still sitting there, as Grafton moves towards the end of the alphabet, with only a few years, at most, having passed in Kinsey-land. You know where you are with Kinsey and her polyester black dress for special events. 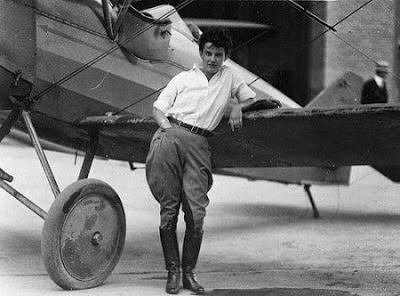 heroine Mary Russell in her historical novels is a sidekick to one of the most famous detectives of all, but I would say she’s an equal partner. And this author has another series featuring modern-day detective Kate Martinelli solving crimes in San Francisco.

This list just about wrote itself, I didn’t have to search around, nor make difficult decisions on whom to omit. But I’m sure readers would have quite different lists, and I hope you might put them below, or just tell me where I went wrong. Or, put in your suggestions for next week’s older lady detectives.