Posted by Clothes In Books on November 30, 2014
the book: The Mystery at Orchard House by Joan Coggin 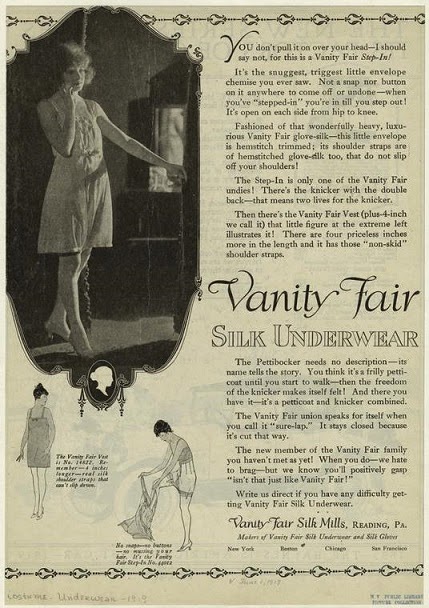 “Oh Staines, I never turned all night. That was a good idea of yours, locking the door.”

“Did anyone try to come in, my lady?”

“Not that I know of, but I was so busy sleeping I shouldn’t have noticed if they had. I dreamed I was at a parochial council meeting, in a pair of step-ins and a biretta, and the bishop accused me of eating the manuscript of his sermon. I suppose I was thinking of poor Miss Dyson-Drake’s manuscript. Have you heard any more about that, Staines?”

“No, my lady, except that Barker tells me her mistress is very upset about it.”

“Why on earth? Surely no-one suspects her? What would she do with it?”

observations: I’ve already done a crime book of 1946 for Rich Westwood’s November meme on his blog Past Offences: check out the entry on Miss Pym Disposes by Josephine Tey to find out more about the challenge. But at the very last minute I am sliding another one in under the wire. This one is about as cozy as it gets, and doesn’t contain much in the way or jeopardy or murder, but it IS a crime story – and very Golden Age at that. The sleuth is an Earl’s daughter, everyone is very class-conscious, and there is a list of characters at the beginning. All that is missing is a floor plan of the house.

Lady Lupin is married to a vicar – the first book in the series was called Who Killed the Curate? – but leaves the vicarage behind to have a restcure at a friend’s guest-house. Here, all kinds of things are going on, and the missing manuscript is just the tip of the iceberg. Lady Lupin wafts around trying to work out what is going on. Her portrayal is rather good – she is shown as being ditsy to the point of simple-mindedness, but occasionally via either a complete mistake or some very intuitive appraisal she gets something right and finds out what is going on. The book is enjoyable and very slight, but you feel much more could have been done with the central conceit. Lupin almost falls into being extremely annoying (and certainly would be in real life) but somehow just about manages to be charming, probably because she is so good-hearted. Though she has one splendidly bitchy moment when the inspector asks:

“Who do dyou think might have had a reason for wanting to murder Miss Dyson-Drake?”

“Almost everyone I should think.”

“What makes you say that?” demanded the inspector.

“Haven’t you seen her?” replied Lupin.

Credentials as a 1946 book: completely non-existent. The book is set in some dreamworld of the 1930s, and there is no mention of the War.

Step-ins have been a subject of some interest on the blog in past entries: our good friend Ken Nye put us right in the comments on this entry, and we followed up in this one.

So we are particularly delighted with this advertisement, explaining the whole issue, from the New York Public Library collection. Can’t wait for the pettibocker to turn up in a book. 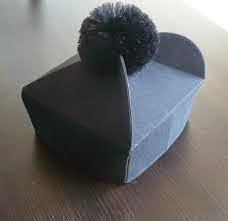 And this is what a biretta looks like – although this one looks like an upmarket box of chocolates. It’s usually worn by RC clergy, and suggests that Lady Lupin’s husband was very High Church.  This isn't the first biretta on the blog: a key character in Aldous Huxley's The Devils wears one, and there is a picture and discussion in this entry, referring back to a Barbara Pym book. Birettas take you everywhere.