Poison Pen followup: After Me Comes The Flood by Sarah Perry 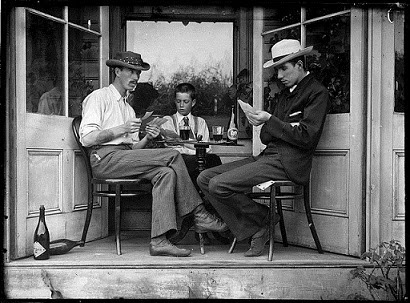 ‘Game of cards, John, unless it’s an early night you’re after? Come and join us: Walker’s been trying to corrupt Elijah all week – drinking last week; gambling this – and we could use another player.’…

The door swung open, and revealed Elijah sitting with Walker at a bare plywood table –

‘Too late for all that.’ Walker, his shirt unbuttoned a little too far, deftly shuffled a pack of cards and knocked them on his knee. ‘Turns out the Preacher’s not a natural gambler. That old face is too truthful – we might as well be using glass cards. How much did you lose?’

‘One hundred and seventy-three pence.’ The older man tugged, regretful, at his beard. ‘You didn’t tell me it was all about lying. I’m no good at that.’

‘So I see. Sit down, won’t you?’ said Walker to John. ‘You’re always so keen on standing about.’

John, obedient, sat at the table. It was stained and burned in places, and scattered with piles of copper coins and a discarded deck of cards too dog-eared for use. 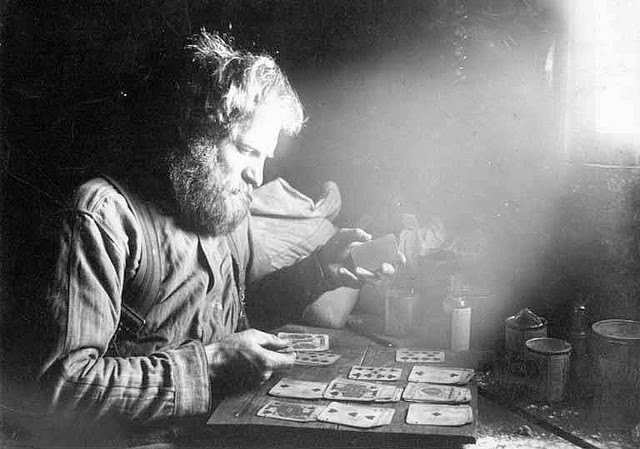 observations: This is an unexpected and happy addition to Poison Pen week on the blog (all last week, see various individual book entries and a roundup post). After Me Comes The Flood, which I happened to start reading, is about as far from a Golden Age village mystery as you could ever imagine: it is an experimental piece of modern literary fiction. But it does contain anonymous letters:

There have been’ – she paused, as though selecting a word and finding it distasteful – ‘letters. Anonymous ones.’ She rolled her eyes. ‘Well, yes – you’re smiling, and why wouldn’t you. Absurd, isn’t it? I keep thinking Holmes will arrive, with Watson following by train…’ ‘I wouldn’t have thought so,’ said John. ‘Miss Marple, perhaps.’ ‘It is more her line of work, isn’t it?’

‘Poison pen letters. That’s what they call them, as if it’s not the person writing that’s at fault but the pen in their hand…’

(and isn't that a great perception, would have made a splendid addition to my post.)


Flood is an unusual book, very much unlike anything else, and you have to give it a chance – at the beginning I had no idea what to expect, what kind of book this was, and I’m not sure I had much more idea at the end, but I liked it very much, I was full of admiration for the writing and construction.

John leaves London during a hot spell, drives out, gets lost, comes upon a house in a forest. The people in the house seem to be expecting him, greet him by name, and he finds himself staying there for a few days, getting to know each of his hosts. The mysteries – why they welcomed him, what they are all doing there, who wrote the letters – are all explained to some extent, but aren’t really the point of the book: I thought Perry handled this aspect very well indeed. The individual characters and their communal story emerge. There is very little contact with the outside world, and when there is it is dramatic and traumatic. I loved this book, though I’d be hard put to explain exactly why, or what I thought she was trying to do or say. But that didn’t seem to matter, I just found the strange house, the unlikely people and the uneasy atmosphere to be compelling and memorable.

There were gems of writing: the young character actress who was ‘Falstaff in jet beads and high-laced boots.’ A man arrives at a party ‘looked carefully dishevelled, as if he’d not yet slept after a grander party elsewhere.’

After Me Comes the Flood is set, as far as you can tell, in relatively modern times, but the pictures of the card games matched the mysterious world of the house, and the man with the beard seemed like the preacher Elijah. He is in a cabin in Yukon in 1898, presumably part of the Alaskan goldrush, and looks like the actor Brian Blessed, but isn't it an extraordinary photo?

The top picture is from the Powerhouse Museum in Sydney Australia, the other is from the University of Washington collection.
After Me The Flood cards poison pen Sarah Perry