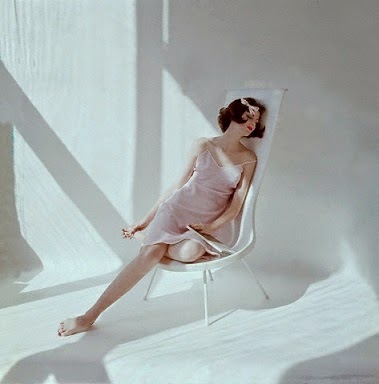 [Dagobert and Jane are on holiday in the Pyrenees, and investigating a crime. They are in their hotel room, getting ready to go out to dinner]


‘It’s half past seven. You don’t seem to be awfully dressed yet, Jane.’

‘How can I, when you keep interrupting?’

‘There’s no hurry,’ he said inaccurately, trying the telephone. ‘We’ll have our drinks up here.’ The telephone worked and he ordered dry Martinis. He returned to my side, softened by the prospect of their imminence. ‘I love you in that creamy satin gown,’ he murmured.

‘It’s my petticoat,’ I said, ‘and go away. If you haven’t anything better to do you might find my stockings.’

The arrival of the Martinis restored order. ‘It’s the southern night and the spring,’ I sighed, ‘and a decent hotel.’

‘We could telephone and say I have malaria.’

The idea was appealing. ‘If I hadn’t spent an hour ironing this dress,’ I began…


observations: In the 1950s there were a number of series with married couples as detectives – on the blog we’ve had Frances Crane and the Bonetts, and Thurman Warriner’s spiv and his moll (though they don’t seem to be married); and there was also Frances Durbridge’s Paul Temple and his wife Steve.

What brought them along? Were they based on Agatha Christie’s hideous Tommy and Tuppence? More likely, Nick and Nora in Dashiell Hammett’s very successful The Thin Man (1934).

The couples are meant to be wise-cracking, hard-drinking, and mutually supportive. That can easily get tiresome (I didn’t like the sleuth-y couples in this Pamela Branch book of a similar era) but the ones mentioned above are pretty bearable. I was very impressed by Delano Ames’ ability to have a woman narrator and not make me wince every 30 pages or so – I thought he did a very convincing job of impersonation there.

The plot is the usual farrago of bodies, disappearing bodies, two random tandems that come and go, and a lot of drinking and smoking. There’s a collection of English-speaking visitors in this small town in the Pyrenees, and they all go around to each other’s hotels, have brittle conversations, disappear at key points, and turn up in each other’s rooms to a remarkable degree. So it’s all good fun. They must have had very good matches in those days (to light all those cigarettes) as characters seem to be able to light a match and be able to examine carefully a huge garage, or peer into a ravine at midnight and see vital clues. There is a world-class harpsichordist – the maestro of the title – unreliable and eccentric and a fine addition to the cast.

I think the chance of anyone solving the crime through anything but guesswork is remote. But I enjoyed going along with it.