Dress Down Sunday: The Norwich Victims by Francis Beeding 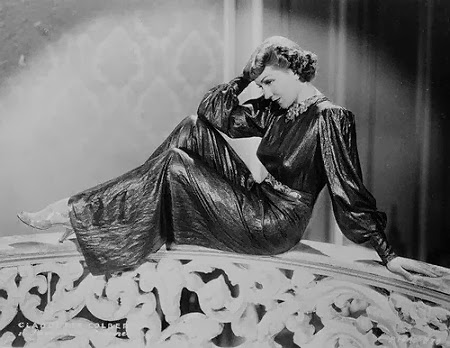 [Richard, John and Hermione have a triangular relationship, and are also plotting together…]

He held her back at arm’s length and looked at her.

‘Hermione,’ he said… ‘You are more lovely every time I look at you.’

‘Look as much as you like, if that’s the effect it has. But you create for yourself illusions, as the French say. Or perhaps it is my pyjamas?’

‘I adore you in black,’ said Richard, and drew her again towards him…

‘I must go and make myself respectable, darling’ she said. ‘John will be back any minute now.’…

[John arrives] Hermione, in her black pyjamas, was already sitting in the arm-chair and lighting a cigarette…

‘Back already, John. Tell us what you have been doing. Richard and I have been mooning here for hours, wondering how you were getting on. I’ve been too worried even to dress myself properly.’

observations: When two key crime fiction bloggers – Martin Edwards and Rich Westwood - both recommended this book it seemed likely to be a winner, and it absolutely is.

Francis Beeding is a Golden Age detective story writer, and that’s a pseudonym hiding a pair of authors – you can find out more at the links above. The book has been recently reprinted by the splendid Arcturus Press, but had been little-known or remembered till then.

It’s the kind of story where we follow the villains (the three people above) as well as their victims, the policeman, and a few other people. John, Hermione and Richard are conspiring to cheat an old lady of her money, and this is going to end in several murders and twists and turns. It’s intriguing, and just when you think you know what’s going on it can pull surprises…. Can’t say more than that. But, a really excellent final 20 pages.

It’s also very well-written and a lot livelier than most lost Golden Age books, and the glimpses into people’s sex lives are quite unusual too – Hermione is ‘the lady what ought to be Mrs Throgmorton’ ie living in sin, as well as keeping up another relationship. She is judged for several things, but not apparently for her freeness with her favours. I would say this was pretty rare in a cozy-style detective story.

A tiny glance at a lost world: listening to the radio news they hear ‘I am sorry that we are a little late with the news tonight. The time is now 9.37…We now begin the second news bulletin, copyright reserved.’ Whether this is an accurate transcription at the time or not, it’s hard to imagine on BBC Radio 4 these days.

One wonderful feature of this book is that there are PHOTOGRAPHS of the main characters. Clothes in Books applauds this (even though we’d be out of business if everyone did it) and – again, going to put this carefully – every reader will find him or herself turning back to look at them again on finishing the book. These are two of the photos - presumably posed by actors: 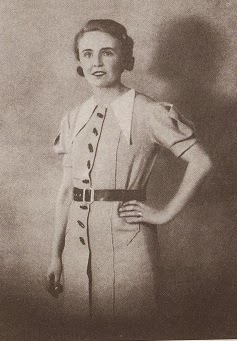 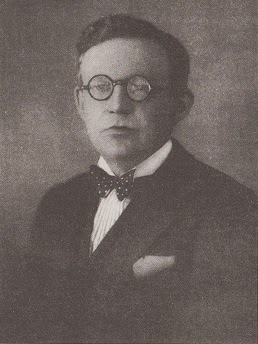 So a big thank you to Rich and Martin: I will most certainly be pursuing more books by Francis Beeding.

The top picture is of Hollywood film star Claudette Colbert wearing black lounging pyjamas – suitable for informal entertaining, apparently. Which is another description of what Hermione has been doing above.
dress down Sunday Francis Beeding lounging pyjamas Norwich Victims