A Cover Story by Barbara Speed

Something different for today’s entry. 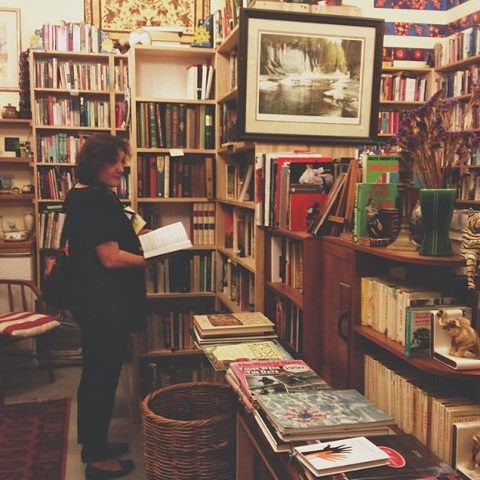 There has been a lot of discussion lately of women authors, even a campaign to get us to read more from them: #readwomen2014. And questions have been raised about the way female authors' books are marketed.

The blog Girlsgoneriled is always a great place to find opinion pieces on feminism, women and modern life – we have already recommended this entry on Bridget Jones (had the same views as Clothes in Books, so must be right). So when this piece on the covers of women’s books appeared – well once we stopped laughing we asked Barbara Speed (well known to us) if she would do a similar piece for Clothes in Books. And here it is. And before you ask about the clothes connection, one word: jackets.

Never judge a book by its cover, right? Well, it turns out that this advice is particularly potent when it comes to female authors. Publishers cannot resist packaging the wares of authoresses in floral, pastel jackets -  whether the subject matter be murder, marriage or war. 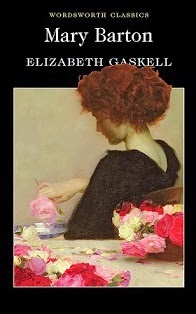 the book: Dark, social commentary on the life of the working classes among the factories of nineteenth century Manchester. Features murder, poverty and prostitution.

the cover: Perhaps if I dip enough of these roses in this plate of water, I will find a husband. 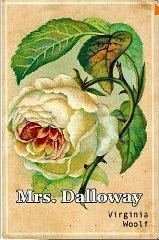 the book: The story of a day in the lives of a high-society woman, and a World War One veteran who suffers from psychosis. An experimental, stream-of-consciousness style has led critics to believe it was a response to Joyce’s Ulysses.

the cover: She’s going to get the flowers, you see, it says so in the first line. (Doesn’t need to dip them in water, already has a husband.) 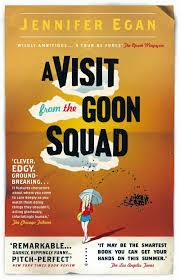 A Visit from the Goon Squad by Jennifer Egan

the book: A postmodern narrative spanning multiple characters on self-destructive trajectories brought on by the perils of modern life. 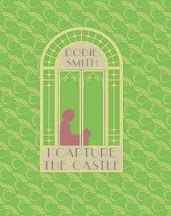 I Capture the Castle by Dodie Smith

the book: Cassandra comes of age in near-poverty with her flighty sister, bohemian stepmother and depressed novelist father in a crumbling, unheated castle.

the cover: How lovely it is to live a life of leisure in the window of my French chateau. 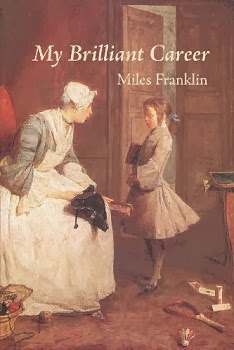 My Brilliant Career by Miles Franklin

the book: Iconic coming-of-age novel, by a woman, set in the Australia of the 1890s, early and much-loved feminist classic which argues that women should have more choices.

the cover: “Is Miles Franklin some chap like Humphrey Clinker/ Tobias Smollett/ Tristram Shandy/Laurence Sterne? Put some old-time-y posh boy on the cover, giving orders to his female servant, that should do it.” 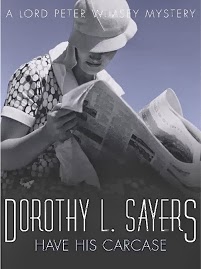 Have His Carcase by Dorothy L Sayers

the book: Independent career woman, on holiday on her own, finds a corpse, bravely does what’s necessary, then investigates and solves the case with great efficiency (and a male assistant).

the cover: Must just look at my horoscope before I turn to the beauty tips page. 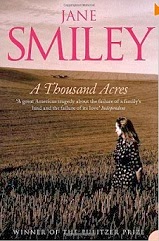 A Thousand Acres by Jane Smiley

the book: extraordinary reworking of King Lear in the Iowa prairies, a Pulitzer prizewinner. Three women on a collision course with each other and their father: violence, secrets and fights over the past, the future, land and money

the cover: Sometimes I look out into the distance and think about the beauty of nature, and sometimes I like to just look.

Thanks to Suzi and Anna Barker for the top photo.