Dress Down Sunday: The Ipcress File by Len Deighton 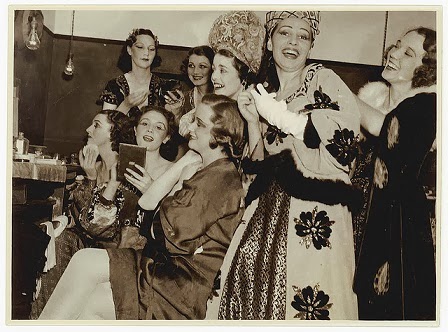 I looked around me; no one seemed to be watching. I walked up the stairs. It was all velveteen and tinsel stars…

I went down the corridor and opened the next door – there was a complex and fleshy array of about twenty semi-nude chorus girls, changing their tiny costumes. A loudspeaker brought the sound of the piano and drums from downstairs. No one screamed, one or two of the girls looked up and then continued with their conversation. I closed the door quietly and went to the last door. It was a large room devoid of any furniture; the windows were blocked up. From a loudspeaker came the same piano and drums.


observations: A second visit to this excellent book.

The scenes set in the nightclub come early on, and are quite splendid, and very visual, and set out the hero’s stall as not being James Bond – you can’t see JB in somewhere quite so low-rent and grubby.

Len Deighton was the anti-IanFleming. It wasn’t so much that his unnamed hero was chippy and working class and that his first person narration was a bit bolshy, a bit too clever for his own good. Yes, he objected to the Eton and Oxbridge men who ran the Army and the secret services, and you can guess that he wouldn’t have got on with James Bond - but he was definitely aspirational, and very keen on his Soho shopping for aubergines and andouilettes (though as I have grumpily pointed out before, HE DOESN’T COOK AND HE’S NOT CALLED HARRY).

But, the thing is, Len sounds like he’d be a laugh to go out for a drink with, while Ian sounds like a nasty piece of work. And roughly speaking, same for their spy heroes.


I was trying to do the most difficult job I’d ever heard about. To help me I had a rose-cultivator downstairs and a refugee from the Royal Enclosure. A fine team to pit against half the world in arms…

With the rose-cultivator he makes the obvious joke about Anna Olivier being laid out in the garden, the posh boy has a cousin with a private zoo. You just can’t imagine James Bond hacking it here.

The best bit in the book is where the hero breaks out from a terrifying mental health torture facility in Eastern Europe, and finds himself ‘entrapped in an intricate framework of slim wooden rods and wires that enmeshed head and limbs, the more I tried to free myself, the more tangled I was…’

Prizes for anyone who guesses in what fresh hell he has found himself.

Food again - Len Deighton was himself a great foodie, and famously wrote a cookery comic strip for a newspaper. Blog friend Lucy Fisher told me a collection of the strips was available again, as the Action Cook Book, so I took a look: very much of its time (the 60s) and mostly of historical interest, but I was glad to have seen it, and can see why the strips were so popular and helpful in their day.

The picture is of a theatrical dressing-room in Sydney in the 1930s, from the collection of the splendid Sam Hood. Magnificently, the caption says it is not known if the women are part of the Ballet Russe, or the cast of a musical. I know what I think. But then, maybe….
changing room chorus girls dress down Sunday dressing room Ipcress File Len Deighton spies