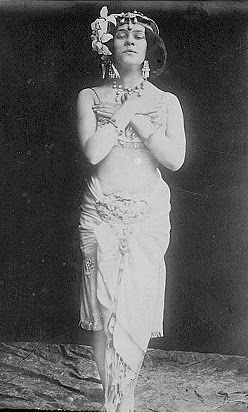 “One of my happiest memories,” said Joan as they descended the stairs, “is playing Salome in Strauss’s opera with Edwin in the unlikely role of John the Baptist. It was some time ago, when I really had a figure” (“You have still,” Fen put in gallantly), “and I remember it partly because I realised even then that I was the first Salome to give the males in the audience a really good run for their money during the Dance of the Seven Veils. It was at the Paris opera, and I ended up in a condition of nudity which would have made the Windmill girls blush…. However, that wasn’t what I was going to say. There stood Edwin, sternly resisting my charms, pudgy, half-naked, and with a corpulence barely credible in a man who’d lived so long on locusts and wild honey. And do you know” – Joan stopped abruptly in front of the door which led into the auditorium – “I found him revolting. ‘Let thy white body be touched by me’,” she quoted. “And really, if I’d had to touch him, I think I should have screamed…” 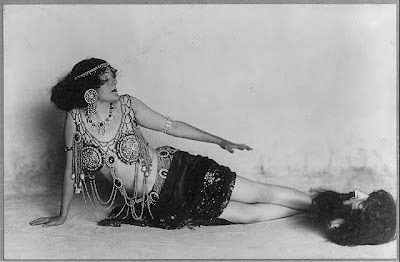 observations: Not exactly disproving our cheeky theory about Crispin and his interest in sex (see here and here). Later on it is claimed, by a rather loopy character who is a composer, that the Edwin above is a nymphomaniac: “one who has a mania for nymphs.”

Crispin is also, as we said before, a musician and composer, so this book set in the world of opera is right up his street, and there is plenty of interest. It’s a real period piece: set during preparations for a performance of The Meistersingers which is going to be one of the first since the war – apparently Wagner wasn’t thought suitable during the years of combat because of his alleged influence on the Nazis. It’s also seen as rather risible that the producer thinks the singers should be able to move around the stage during an aria - ‘“It sends one out of tune,” Adam told him kindly’. One firm belief which has disappeared completely now, happily.

The post-war atmosphere is splendidly real: the shortages of food and whisky and many other items, the cold, the keenness to get going on life again. Gervase Fen is always an excellent character, with his rudeness, lack of tact, academic scheming and general charm.

The role of Salome is intriguing – since the opera was first performed in 1905 there has always been a tension between having a great voice to sing the very demanding role, and having someone who can really give the Dance of the Seven Veils what it needs, and look right doing it. Nowadays – along with moving around – it is assumed there will be singers who can do both, but I have certainly seen versions where it seemed to be the Dance of the Seven Veils as channelled through Pan’s People (British TV dance group, with a distinctive and not terribly demanding style). Joan does sound good though. The Windmill was a London theatrical institution famous for: revues with half-naked girls; the fact that it didn’t close even in the darkest days of the Blitz; and the alleged story that the girls could be fully naked so long as they didn’t move on stage. 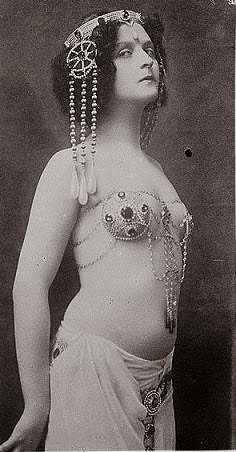 There are some splendid pictures of early Salomes around and it was hard to narrow it down to these three. The one with the head is Gertrude Hoffmann, the one with the crossed hands is Tillie D’Urieux (or Tilla Durieux), and the third one, immediately above, is a belly dancer (with quite the look in her eye) called Fritzi Schaffer – none of them opera singers, playing Salomes in other versions of the story. All three pictures are from the Library of Congress. We somehow feel favoured blog commentator Ken Nye may have something to say on the subject....  [ADDED LATER: Yes he did! See below...]