AND THE WINNER SHOULD HAVE BEEN..... 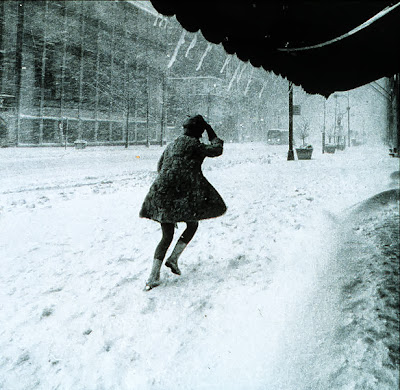 [The narrator is observing an unknown couple near the British Museum]


The girl had a small dark face surrounded by a fur hat from which her gold eyes looked out. I thought of Anna Karenina at the railway station; her first appearance there and the last, because her end was foreshadowed in the beginning. In the girl’s eyes was a depth like a well; you could drop a stone down and listen for ever. When she walked she strode with long legs as if she were skating. When she took off her hat you expected snow to scatter…

He began to tremble.

He said “Like Anna Karenina in the railway station. You spread a little happiness around.”

She stood up. She said “That is unforgiveable.”

I wanted to say “I thought of Anna Karenina!”

After this there was a spell of cold weather in which the pavements froze … Then the man and girl came in together again one day having just met outside; they reeled through the door as if into a bedroom.

observations: Impossible Object was shortlisted for the Booker Prize in its inaugural year, 1969. And should have won.

It is an amazing book: experimental, inventive, twisty, strange, thought-provoking, tricksy. As one of the cover reviews says, ‘This is black art’.

Impossible Object at first seems to be a collection of short stories, with linking passages between the stories - relevance not clear, written in italics. Most of the characters don’t have names, and sometimes you think you’ve got them straight and then you realize you are wrong, maybe names have changed. All this would normally be tiresome and bring a chill to the heart – but actually this is a fabulous book, immensely well-written, very clever and funny. It follows couples (or is it always the same one?) in their house, in a London pub, in Italy and in North Africa, and anyone who has ever been in any relationship will recognize the exact secret descriptions of the way people interact. I gave up underlining the good bits, because there were too many: the wine as thin as wood shavings, the woman whose tight skirt, loose top and head made her look like Brussels sprouts, God seems to be ‘on the side of the beautiful and the greedy.’

The sections above happen in and around a pub, described perfectly:


A London pub at lunch time has a masculine air; there is an activity of elbows like bow-strings being drawn back at Agincourt, feet are on duckboards and glasses are grenades in the hand. There is a roar of agreement as if in a Paris salon that Dreyfus should be shot. I did not like the people in the pub. But I think I am happiest when I feel people are against me.

(Dreyfus affair featured in last week’s entry about Robert Harris’s new book, and there was a link with another Booker 1969 shorlister: Barry England’s Figures in a Landscape.)

Impossible Object is much the best book on the shortlist, and absolutely should have won the Booker Prize in 1969 – and it should be a modern classic now, not a forgotten book. (Click the Booker Prize shortlist 1969 label below for more contenders.)

This is one version of what Nicholas Mosley says is an impossible object, and he says it represents endlessly the ways we relate in life: 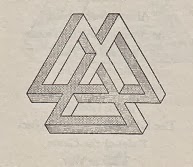 The fabulous picture at the top comes from the US National Weather Service, part of the National Oceanic and Atmospheric Administration Department of Commerce. It was taken in New York in 1969, just after the date of the book, and seems in the spirit of the extract above, and thus the ideal illustration for Anna Karenina in Bloomsbury and Manhattan. AK herself appeared on the blog here and here.
Anna Karenina Bloomsbury Booker Prize Booker Prize shortlist 1969 fur hat Impossible Object Nicholas Mosley pub