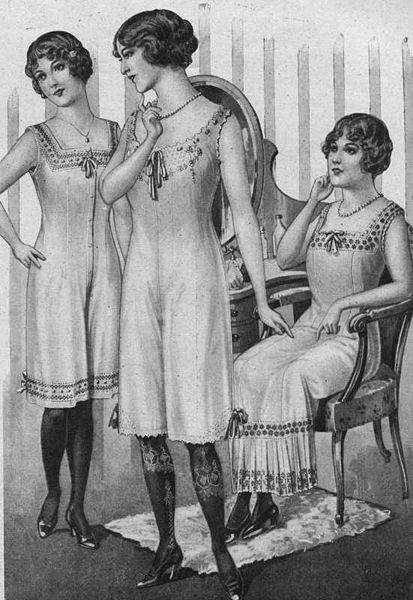 But Clover could not sleep. It was funny how that stage name left her out. Belle– Aurora with a blank space in the middle, because she was the blank among them, really. Clover turned again in the bed, making the others turn, and put her arm over Bella this time, who slid backwards into Clover’s knees and thighs more tightly, warm under the gold silk. Mama had been right to bring the coverlet, though it had to be tied so tight to pack into the trunk every morning. They were getting faster at packing. Rags out of their hair, stays tied, stockings on, petticoats, skirts and waists, boots rubbed and retied— there was a complicated sequence to dressing, and the peacefulness of thinking about it let Clover drift away…


[Later, Bella is getting ready] She ought to have a corset too, but Bella was still treated like a baby; hers was only a band, even though she had a bust beginning, and perhaps with a little cotton stuffed inside a corset she would look more like the sixteen she was supposed to be…

observations: These excerpts slot in with an earlier description of the Belle Auroras getting up and ready in the morning.

The book is perfect for this blog: full of clothes descriptions, and historical references that we have followed up before: there’s the ivory satin bodice which might have been this picture of the divine Lillie Langtry: 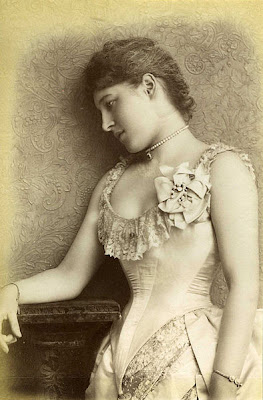 And the apache dancing we featured a few weeks ago – ‘It was tight and harsh and none of it pretty; exciting to witness, like a fight on the street’ - and the company that’s performing East Lynne.

And lovely descriptions like this one as they rush to go on stage:


The boy knocked at the door, and they were up and out in a flurry of skirts and boots, a herd of young horses rising suddenly from a field.

Or a sister ‘fizzing gently like very cold champagne.’

The sisters mention Evelyn Nesbit Thaw, the chorus girl made good who stood in for Holly Golightly in this entry, and whose life story makes for fascinating reading.

The Little Shadows, still one of my favourite books of this year, has featured before here and here.

The picture is a ladies' underwear advertisement from 1913, and can be found on Wikimedia Commons.