Dress Down Sunday: Lark in the Morn by Elfrida Vipont 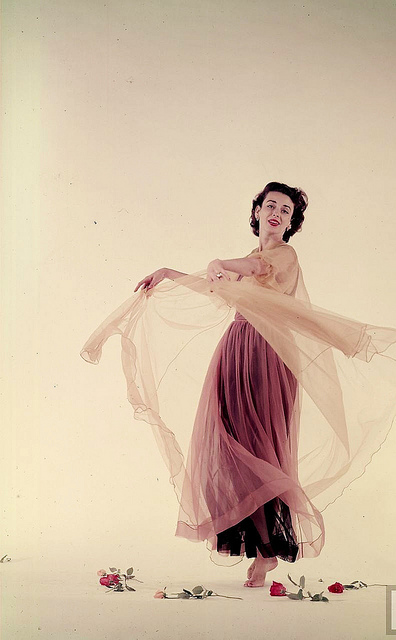 It was not until the end of her second term that Kit realised exactly what Flip had meant about Old Fish and Tatty. Bendie and Pony had been asked to tea in Tatty’s room on Sunday afternoon, and told each to bring a friend. Pony brought Kit, as a matter of course, and Bendie brought a dumpling of a girl called Merle Peterson. Kit couldn’t stand her. They had a good time together, all the same, though Kit felt a little out of it. She was the only one who was not a pupil of Tatty’s.

Tatty wore a negligee of petunia-coloured silk, and feather-trimmed mules to match. ‘You must make the tea, girls,’ she cried. ‘I’m tired out.’

They persuaded her to lie down on the divan, and piled the cushions round her. Bendie as the oldest, claimed the privilege of making the tea. Merle arranged the cakes, and Pony toasted the muffins. Kit was sent to fetch the bread and butter and milk from the buttery hatch.

observations: When people tell you that modern-day children’s books aren’t up to much, it’s a good idea to look at some older ones, just for, you know, interest. Over the past couple of weeks we’ve featured Elfrida Vipont’s two best-known books. She was very highly thought of: her books were published by the Oxford University Press – a fair indicator of her status – and the follow-up to this book won the Carnegie Medal, the major British award for a children’s book.

I adored her books as a child, and can still enjoy a flick through, but really they are extraordinary, you wonder how they got published at all. Vipont appears to be telling some personal story, paying off a whole shedload of grudges, incorporating every member of quite an extended family, and giving everyone ludicrous nicknames. Pony? Bendie? It is of course immensely satisfying for grumpy whiney Kit to be told by ‘everyone’ that she is not musical, when secretly she has a voice which is going to be one of the finest of her generation, but it seems a tad unlikely. I love the bit where the kindly and very important singing teacher makes her promise not to sing at all. Sadly this is not because she is so bad, but because she needs to protect her voice. (I was very glad to see that Guest Blogger Lucy Fisher also did not buy this theory)

Tatty and Old Fish are two competing music teachers at her Quaker boarding-school. I didn’t go to boarding-school – it does sound fun, doesn’t it, with the teachers lounging round in negligees?

The folksong Lark in the Morn, Kit’s partypiece in the book, seems to be about sex, but perhaps not in Elfrida Vipont’s worldview.

Links on the blog: A Little Princess was also at boarding school and rather putupon. This exclusive school in New York state seems to be as strange as Heryot.


The picture is from the lovely Dovima is Devine II photostream.